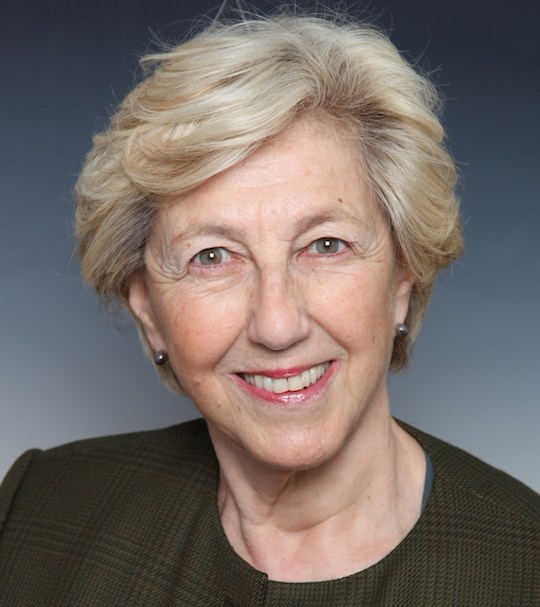 Julia Marton-Lefèvre was director general of IUCN (International Union for Conservation of Nature) from 2007 until January 2015. IUCN is the world's largest conservation/environment membership organization, bringing together a unique worldwide partnership of states, government agencies, nongovernmental organizations, scientists and experts. As director general whe was also CEO of IUCN's Secretariat of more than 1,000 persons with offices in some 50 countries. Prior to her eight years at IUCN, she was rector of the UN-mandated University for Peace (UPEACE) with its main campus in Costa Rica. UPEACE is a graduate-level international university providing education, training and research on issues related to peace, conflict and environmental security.

Earlier offices held by Ms. Marton-Lefèvre include the executive director of LEAD (Leadership for Environment and Development) International, a program established by the Rockefeller Foundation to bring together and train mid-career leaders from all parts of the world and from several sectors to improve their leadership skills around the issues of sustainable development. Ms. Marton-Lefèvre also served for many years as the executive director of the International Council for Science (ICSU) with its headquarters in Paris. ICSU is nongovernmental membership organization of national academies of science and international unions of scientific disciplines. She began her international career working for UNEP and based at UNESCO in Paris, as a program specialist on international environmental education.

Ms. Marton-Lefèvre has given hundreds of speeches throughout her career, written articles, op-ed pieces, and contributed to several books. Her board memberships today include the Executive Committee for the Tyler Prize for Environmental Achievement (which she chairs), the Geneva-based Graduate Institute of International and Development Studies, Oxford University’s James Martin School, the Global Institute of Sustainability (Arizona State University), the Prince Albert II of Monaco Foundation, Bioversity International, the Turkana Basin Institute, and the Institute for Sustainable Development and International Relations (IDDRI).

In her efforts to bridge the gap between business and civil society, Ms. Marton-Lefèvre has served on the environmental advisory boards of the Dow Chemical Company, the Coca Cola Company, Nespresso and on the board of the UN Global Compact. Presently she is the chair of the independent Advisory Board to the Sustainable Biomass Partnership, and is on committees advising Veolia and BNP Parisbas. In recognition of her work at ICSU, Ms. Marton-Lefèvre received the prestigious AAAS Award for International Cooperation in Science. She has also been honored as a Chevalier de la Légion d’Honneur by the government of France; as a Chevalier dans l’Ordre de Saint-Charles by HSH Prince Albert of Monaco; received the ProNatura award from the government of Hungary and the Presidential Citation from the Republic of Korea.

She was elected a member of the World Academy of Art and Science and the World Future Council, and as a fellow of the Royal Geographic Society. Invited by the Rockefeller Foundation, Ms. Marton-Lefèvre spent a month at the Foundation’s Bellagio Center as a policy fellow in 2015, and she is spending 2016 as the Edward P. Bass Distinguished Visiting Environmental Scholar, Yale Institute of Biospheric Studies at the School of Forestry and Environmental Studies of Yale University. She is also a fellow of Davenport College at Yale.

Ms. Marton-Lefèvre was born in Hungary, educated in the United States and in France, and having lived in several continents, considers herself a global citizen.