Home > Stories > Back to the Madagascar Wild 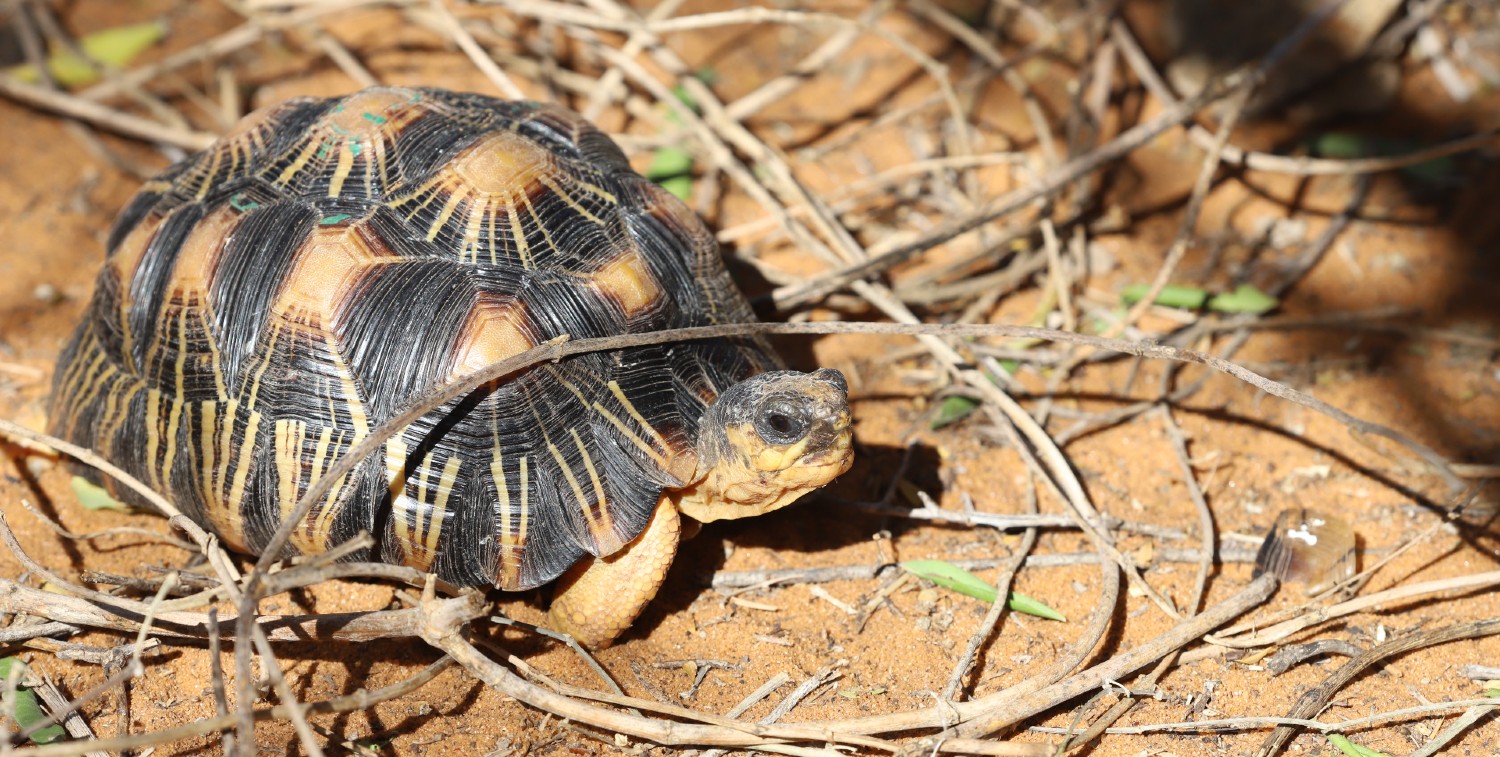 Back to the Madagascar Wild

Through two record seizures in 2018, Malagasy authorities rescued thousands of live radiated tortoises (Astrochelys radiata) that were likely headed for the illegal wildlife trade—including nearly 10,000 found crammed into a house in Toliara.

The law enforcement operations were important mileposts in the response to the devastating impacts of poaching, but they also raised important questions: what to do with so many of the Critically Endangered species and under which conditions could they be released into their natural habitat?

Many of the tortoises were then moved to other rehabilitation centers, and several hundred had to be euthanized due to poor health, but 2,000 stayed. Le Village des Tortues was already home to a large number of radiated tortoises as well as another species threatened by the illegal wildlife trade—spider tortoise (Pyxis arachnoides). The sudden influx of such a large number of tortoises stretched the facility's resources and space. A plan was needed for returning healthy tortoises to the wild.

A Flagship Species Under Threat

Radiated tortoises are considered a symbol of southern Madagascar, and the species is endemic to the semi-arid spiny forest of the south. Once abundant, its numbers are now in steep decline due to habitat loss and poaching for food and the illegal wildlife trade.

SOPTOM used a grant from CEPF for a pilot project that is gradually moving 500 of the tortoises back to the wild, in the buffer zone of a protected area within the species’ natural range. The project is being conducted in close coordination with the Atsimo Atsinanana Region's Direction Régionale de l’Environnement et du Développement durable (Directorate of Environment and Sustainable Development).

In April, the tortoises were moved to an acclimatization pen near a local community whose members see the tortoises as taboo—something not to be touched. This view can be beneficial in terms of deterring poachers, but the SOPTOM team and protected-area staff sought to build a more positive association toward the tortoises by paying local residents to help build the enclosure, provide food supplies, and monitor the tortoises before and after their release. A special community "awareness day" festival was held upon the completion of the enclosure and a similar event is planned for the ultimate release of the tortoises once they have completed six months in the acclimation pen.

“As with other animals and plants from the forest, the tortoises are part of Madagascar’s natural heritage,” said Jean-Marie Ballouard, project lead for SOPTOM.

“They disperse seeds, thus maintaining unique and fragile ecosystems that are vital for people. The tortoises are also symbols of durability! Saving the tortoises, with their long life span (up to 80 years), means thinking for the long term.” 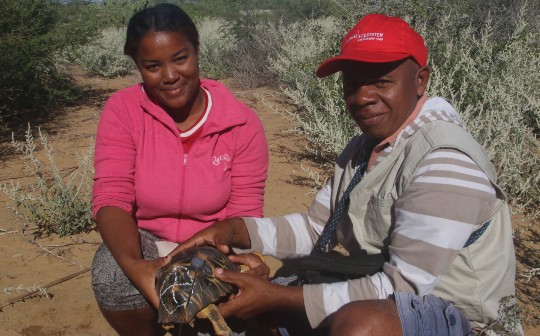 While awaiting the release of the tortoises, the on-site team—including several Malagasy university students—has been busy monitoring the location and health of the animals. Each of the tortoises are regularly checked and 20 were fitted with transmitters to that will help the project team understand how tortoises adapt to their habitat.

Meanwhile, to set the stage for further positive community interactions, SOPTOM also developed educational materials such as drawings and booklets and has planned special days in schools as well as in the field to connect the community to the tortoises. The project also plans regular roundtables with the community under the approval of their mayor, as well as written and oral surveys aimed at evaluating local views of the project, although these actions were initially delayed due to the COVID-19 pandemic.

“At the beginning the community reacted indifferently,” said Ballouard. “But quickly after involving schoolchildren, holding several community meetings, and the coinciding arrival of rain with tortoises, community villagers became happy and very motivated to protect the species.”

Once the tortoises are released from the enclosure and sent out into the wild, SOPTOM will employ community members as guards outside the enclosure while the animals disperse. It will then rely on trained local volunteers to monitor the animals and continue community education efforts.

Lessons learned from this project can be used to guide future efforts to release confiscated species back into the wild.