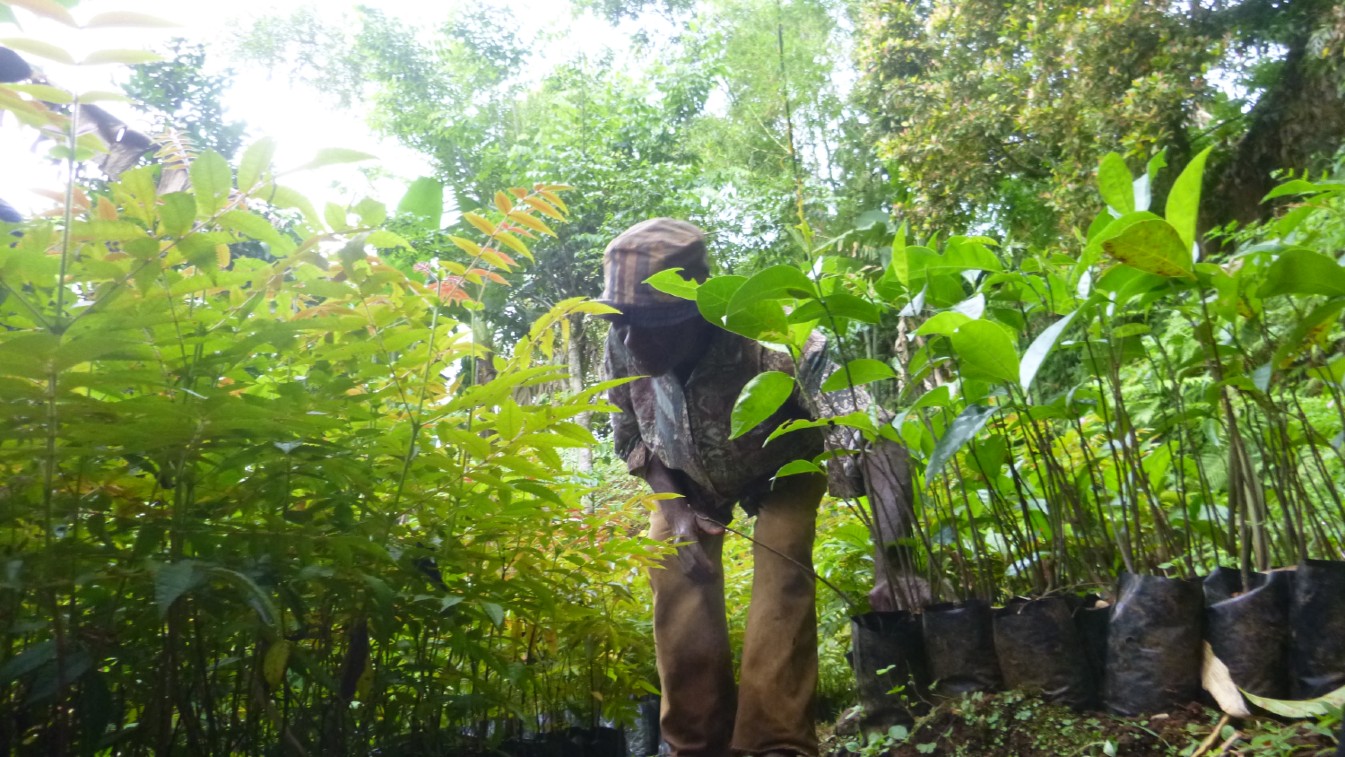 Island nation the Union of Comoros has suffered from one of the highest deforestation rates in the world since the 1980s due to a combination of extreme poverty, high and growing population pressure, and a dependence on agriculture for livelihoods linked to ill-adapted agricultural techniques.

At present, natural habitat continues to be under threat from agricultural expansion and charcoal production. The situation is particularly critical on the island of Anjouan, where a population density of over 550 people per square kilometer is one of the highest in the world for rural areas. Deforestation on Anjouan has led to the loss of around 40 of 50 previously permanent rivers, and heavy soil erosion has reduced soil fertility and caused siltation of marine environments, thereby affecting livelihoods.

To find a better way forward, CEPF grantee Dahari implemented a pilot project that has shown how participatory restoration activities can achieve forest conservation and management with local communities while protecting a significant population of a Critically Endangered endemic species, the Livingstone’s fruit bat (Pteropus livingstonii).

The project targeted the protection and restoration of the Moya Forest Key Biodiversity Area, which provides water and other essential ecosystem services to more than 25,000 people. Dahari’s work focused on tree planting, using a participatory methodology developed with experts from the World Agroforestry Centre. Over the course of the four-year project, 32,100 trees were planted by farmers who chose the species that they wanted to plant in their fields, thus improving survival rates. The trees were produced in nurseries managed by community groups who increased their production rate from 1,750 to 5,000 trees per nursery over the project duration. The survival rate of seedlings in nurseries increased from an average of 68% to 90% per nursery, and for seedlings planted out in fields the rate averaged 71%. This successful mechanism for reforesting the Moya Forest was a crucial result for the sustainability of the landscape and contributed to the restoration of 429 hectares of water catchment.

Looking ahead, project leaders sought to develop representative village management committees to take charge of this work in the future. However, work toward this goal in the test water catchment of Antenijou showed that, despite success with developing managed irrigation systems, bringing highland and lowland farmers together would be extremely complex given that people originated from many different villages and that there was a lack of social cohesion and reliable institutions at the community level.

Meanwhile, Dahari has maintained a species focus, working hard to protect the Livingstone’s fruit bat, the flagship species of the Comoros. Efforts have entailed habitat protection and restoration, with emphasis on roosting sites. A notable success is a payment for ecosystem services (PES) scheme implemented around seven roost sites located on private land, protecting around 23% of the global population of the species, estimated to total 1,100 individuals. All seven landholders of the roost sites located in the Moya Forest have signed co-management agreements supported by local mayors’ offices. Bat populations, endemic tree numbers, and the benefits accrued by landholders are all being monitored and collected in a database.

Based on these results, Dahari decided to adopt a PES approach toward wider forest restoration and conservation on Anjouan as part of its new strategic plan, which was published at the start of 2022. A plan to expand the PES scheme to areas of high conservation value has been produced based on maps identifying priority areas for biodiversity and watershed conservation. Preliminary mapping activities have been conducted around two sites already under PES co-management to assess the feasibility of expanding the PES into buffer zones around roost sites to protect fruit bats.