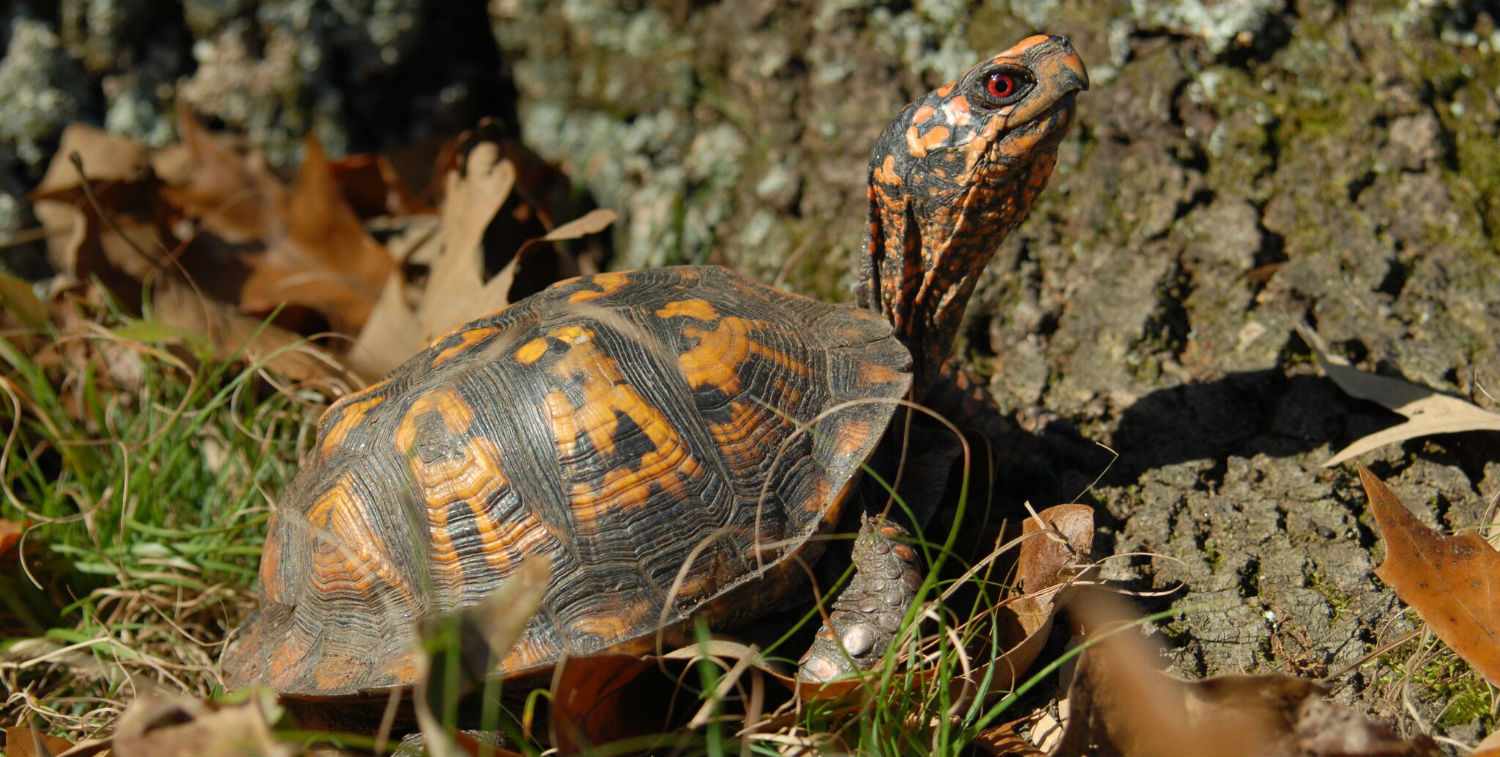 An Eastern box turtle (Terrapene carolina carolina) stands next to a tree on the floor of a Maryland forest.
© Conservation International/photo by Peter Paul VanDijk

Researchers have identified a new biodiversity hotspot, one of only 36 in the world. The North American Coastal Plain biodiversity hotspot, which stretches from northern Mexico to southern Maine, runs along the coast and includes areas within major U.S. cities, most notably New York City and Washington, D.C.

The hotspot is home to 1,816 species of plants, 51 species of birds and 114 species of mammals that are found nowhere else in the world.

Among the notable endemic species are the Florida yew (Taxus floridana), an evergreen shrub/small tree; the Florida bonneted bat (Eumops floridanus); and a fish species known as broadspotted molly (Poecilia latipunctata). These three species are listed as Critically Endangered by the International Union for the Conservation of Nature.

The threats to the hotspot’s biodiversity have been overlooked for a long time because until recently, people didn’t realize how much biodiversity the area truly held.

“Sometimes something precious is right under your nose, but goes unnoticed,” said Reed Noss, Provost’s Distinguished Research Professor with the University of Central Florida’s Department of Biology “Such it is that a region long explored by botanists and zoologists – the North American Coastal Plain (NACP) – was recognized only recently as meeting the criteria for a global biodiversity hotspot.”

Biodiversity hotspots are the world’s most biologically rich yet threatened terrestrial areas. To qualify as a hotspot, a region has to meet two criteria: it has to contain at least 1,500 species of vascular plants as endemics and it has to have 30 percent or less of its original vegetation remaining. Click here for more information on the hotspot.​