Roughly half of the snow leopard (Panthera uncia) population is found in the hotspot.
© Eric Kilby/Flickr Creative Commons

With the recent selection of WWF Russia for the regional implementation team, CEPF has officially begun its five-year, US$8 million investment in conservation of the Mountains of Central Asia Biodiversity Hotspot. The first open call for proposals is tentatively slated for February.

Early Persians described the Pamir Mountains as “the roof of the world” while the nearby Tien Shan range can be translated as “celestial mountains” in Chinese. Together these two mountain ranges make up the Mountains of Central Asia Biodiversity Hotspot.

The hotspot brushes across seven countries: most of Kyrgyzstan and Tajikistan, along with portions of Afghanistan, China, Kazakhstan, Turkmenistan and Uzbekistan.

With the hotspot’s extreme elevation changes come multiple ecosystems—from deserts and forests to steppes and meadows.

The highest peaks of the hotspot are too harsh for humans, but a few species have evolved to withstand the inhospitable conditions. These include the Marco Polo sheep with its oversized, swirling horns, and the iconic snow leopard—the legends surrounding it as numerous as the spots on its fur.

Less charismatic but arguably just as important are the ancestors of domestic fruit and nut varieties found here—apples, apricots, plums, cherries, almonds and walnuts among them.

Designation of a hotspot is both a positive distinction but also a troubling one. Positive because the label is given only to places with a staggering number of species found nowhere else. Troubling because each has lost at least 70 percent of its native vegetation, putting the biodiversity found there in grave jeopardy. The Mountains of Central Asia has lost about 80 percent of its native vegetation thus far.

The hotspot has undergone tremendous change over the last three decades. Five of the included countries are still working to find their footing following Soviet-era authoritarian rule. Afghanistan, meanwhile, has experienced a decades-long civil war and China’s development has skyrocketed. 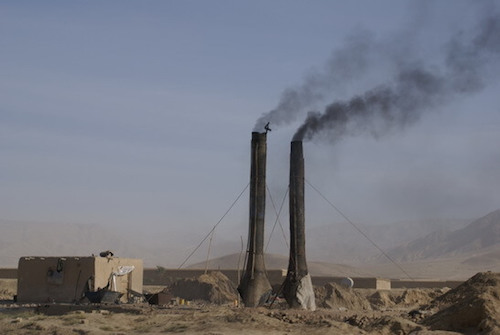 Against this complex backdrop, the hotspot’s environment and biodiversity have suffered. More than 40 percent of citizens in the region live below the poverty line, and a high percentage of those living in rural areas depend on natural resources—cutting down trees for fuelwood and timber, hunting animals for food, and collecting wild plants for medicinal purposes.

The human population in the hotspot, meanwhile, is rapidly growing, which, in turn, is increasing the demand for land and water resources and increasing the potential for habitat fragmentation and overexploitation of natural resources.

As if that weren’t enough, climate change is poised to be one of the hotspot’s greatest challenges. The glaciers across the region are swiftly melting, and there are concerns about diminishing water availability, growing natural disasters, and impacts on health, food production, infrastructure and hydropower generation.

While the challenges in the region can seem overwhelming, there are also tremendous opportunities.

Nascent civil society organizations (CSOs)—which include non-governmental organizations, community groups and business owners, among others—are poised to have an increasing impact on, and influence over, conservation efforts and policies in the region in a way that wasn’t possible in the prior political landscape. 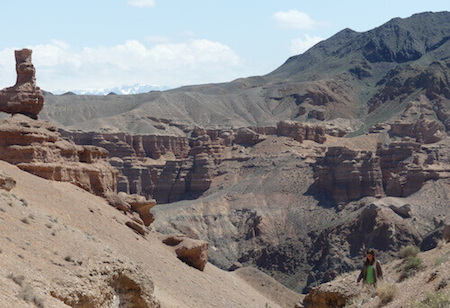 Unlike governments, CSOs have no power to compel people to change. Instead, they influence behavior of stakeholders through education, incentives, demonstration of best practices and direct assistance.

Through its 20-years of experience, CEPF has found that empowering CSOs is one of the most effective ways to enact real and long-lasting change.

While CEPF can’t address every crisis facing the hotspot, its US$8 million investment will cover the most urgent threats, focusing on concrete actions for priority species and sites.

The CEPF investment begins this year and goes through 2024. Small grants of up to $US20,000 will be awarded by WWF Russia, as the newly appointed regional implementation team. Large grants, ranging between US$20,000 and US$150,000, will be managed from CEPF’s headquarters near Washington, D.C.

“Industrialization and economic development in the region are a reality. Through this new investment, CEPF will work with grantees on the ground to help make that development sustainable,” said CEPF Grant Director Dan Rothberg. “The change is happening rapidly, and the time to protect the hotspot’s biodiversity is now, before it’s too late.”

Learn more about the Mountains of Central Asia