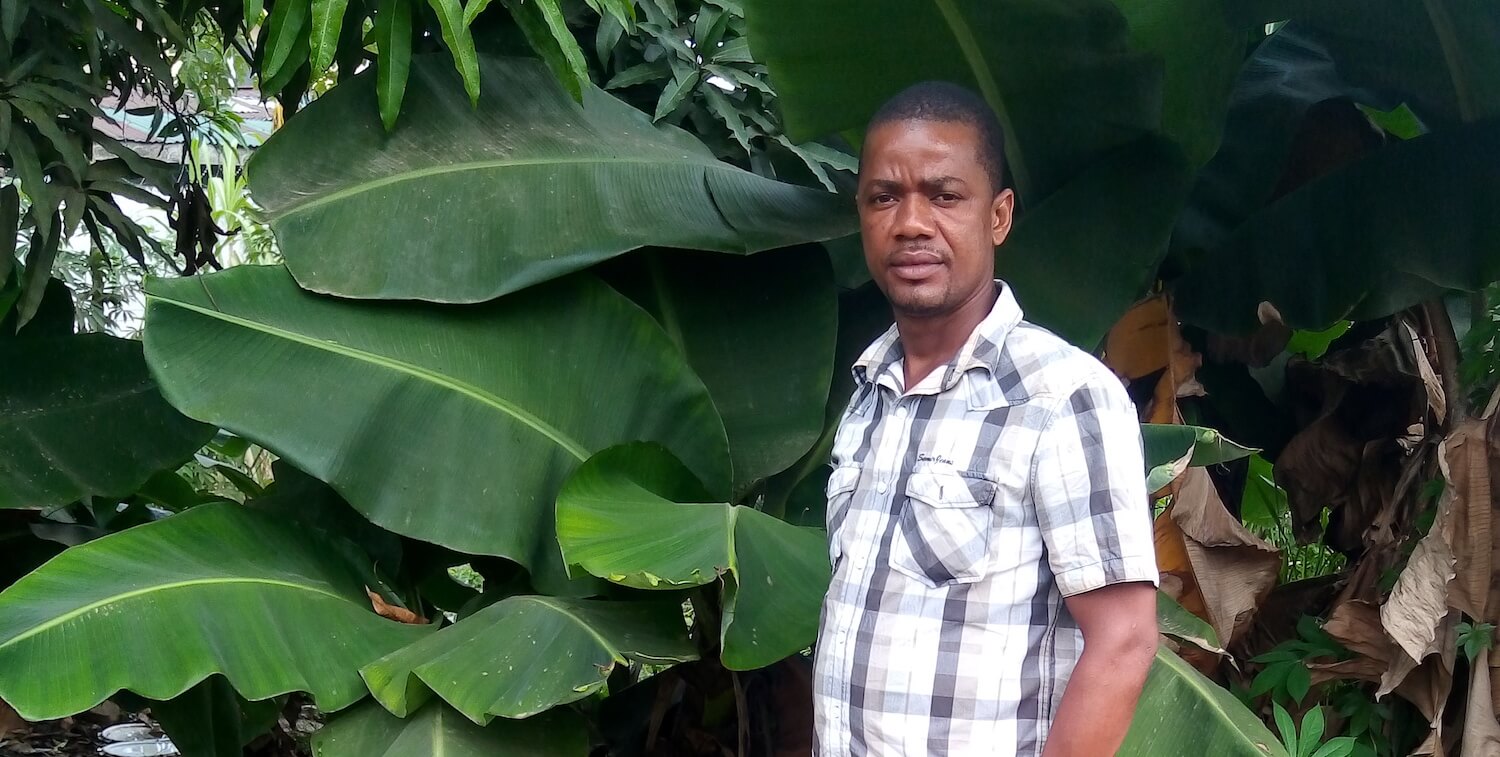 Caption:
Emmanuel Smith outside the SCNL office in Monrovia, Liberia.
Credit:
© Eugene Harvey/SCNL
"Emmanuel’s role requires outstanding relationships with the communities he’s working with as well as the many technical partners. He has dealt with a range of issues—from commercial bushmeat and beekeeping to loan schemes and literacy. Emmanuel is deeply committed to conservation in Liberia."Peggy Poncelet, CEPF Grant Director

The community forests serve as a crucial corridor for wildlife, including some 60 threatened species, the Critically Endangered western chimpanzee (Pan troglodytes verus) and Endangered pygmy hippopotamus (Choeropsis liberiensis) among them.

Because the communities that SCNL is working with are impoverished, much of the organization’s efforts involve introducing rainforest-friendly and climate-smart income-generating activities—including beekeeping and cocoa cultivation. Seventy-two percent of households have benefited from at least one of the project’s livelihood programs.

The next step will be to sign a community forest management agreement with the government. The communities recently demonstrated their commitment to conserving their natural resources when they turned down an offer from a logging company.

Mr. Smith became interested in conservation after joining the Forest Biodiversity Conservation Club at the University of Liberia, where he earned his undergraduate degree in general forestry.

He is a Rainforest Trust fellow and was recently awarded a full scholarship for a two-year master's program at Greifswald University in Germany. He will begin his studies in October 2020, focusing on landscape ecology and nature conservation. After completing the program, Mr. Smith plans to return to Liberia to continue his conservation work.

CEPF: What advice would you give to budding conservationists?
Emmanuel: My advice to is to make yourselves available to serve wherever and whenever you are called. Be a team player and build relationships at all levels—local, national and international. Be truthful in all you do and work with passion, not because you want to impress your bosses.

CEPF: Are you optimistic about Liberia’s ecosystems and biodiversity being protected in the long term?
Emmanuel: Yes, I am! Before, conservation was perceived by communities as a western idea. That perception has changed because of awareness-raising and livelihood interventions made by local and international conservation organizations. Today, communities are even taking on conservation initiatives by themselves.