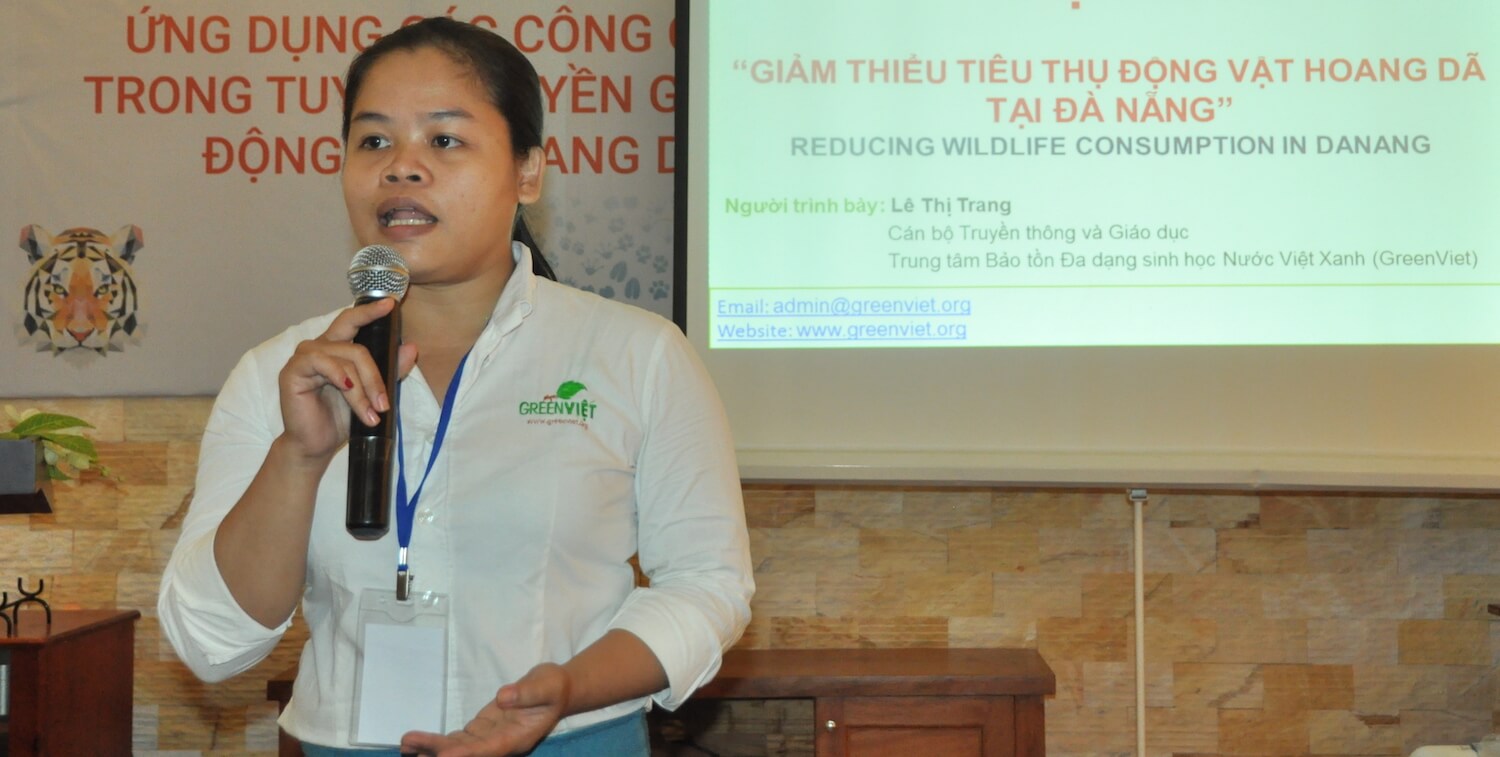 Le Thi Trang is the former vice-director of GreenViet, an emerging Vietnamese nonprofit organization that has pushed the boundaries of what civil society organizations can aspire to achieve in the environmental space.

“Ms. Trang was at the center of the Son Tra campaign, bringing dynamism, creativity and inexhaustible energy. The work of Ms Trang and GreenViet is an inspiration to me.”Jack Tordoff, CEPF Managing Director

In collaboration with others, GreenViet helped bring about one of the most remarkable conservation success stories in Vietnam: The campaign to save Son Tra Peninsula from uncontrolled tourism development. This campaign saved Vietnam's largest population of the Endangered red-shanked douc langur (Pygathrix nemaeus) and engaged people from all walks of life in the conservation movement, including a direct intervention by the prime minister's office.

Ms. Trang graduated from the Da Nang University of Technology with a degree in environmental engineering. During that time, she volunteered for a local organization investigating and reporting crimes related to wildlife in central Vietnam. 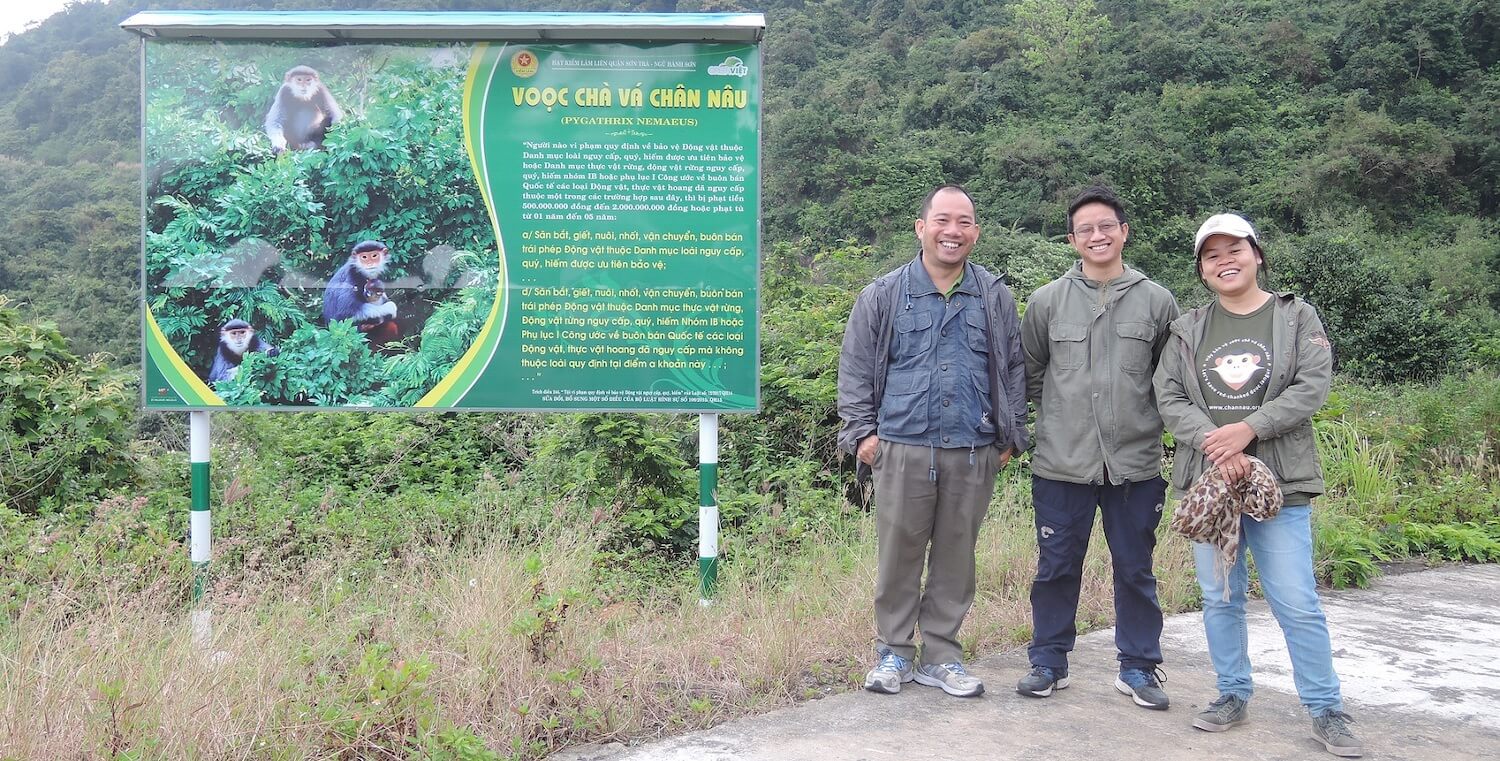 CEPF: How did you get involved in conservation? Was it something you always wanted to do?
Trang: I always thought I was born to save wildlife. I spent my life rescuing abandoned cats, dogs and birds.

CEPF: Why do you think GreenViet’s campaign to save Son Tra was so successful?
Trang: GreenViet worked as a facilitator to mobilize and connect different stakeholders to save the Son Tra habitat. We developed a group of champions who could influence different groups of audiences.

In addition to scientific workshops, creative communication channels (such as a Son Tra fanpage, regular news on television and a journalist network) were developed to support the campaign.

CEPF: Conservation work is difficult and often comes with setbacks. What keeps you motivated?
Trang: I have faith in what I'm doing. In addition, I have a good team to work with. They allow me to be creative in developing different ideas and to learn by doing. When you have faith and the work you do makes sense for society, many good people will gather to help you. After all campaigns, successful or not, I have a growing community that is very active and wants to protect nature and live sustainably. 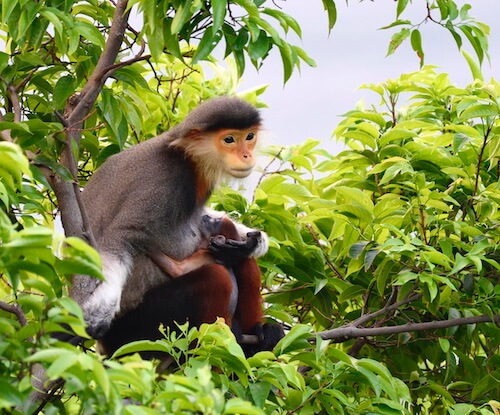 CEPF: What advice would you give to budding conservationists?
Trang: It is important to have more conservationists join to save wildlife. In an unfair context, between the uncontrolled increase of human consumption demand and the remains of exhausted nature, working to save wildlife is the most important mission. In addition, small changes can definitely create global changes.

CEPF: What does the future hold for you?
Trang: With the success story in Son Tra, GreenViet is inspiring other communities in neighboring provinces to protect their natural resources. In particular, I believe in empowering young people to save wildlife. So I will focus on inspiring and mentoring local young conservationists to develop their careers.