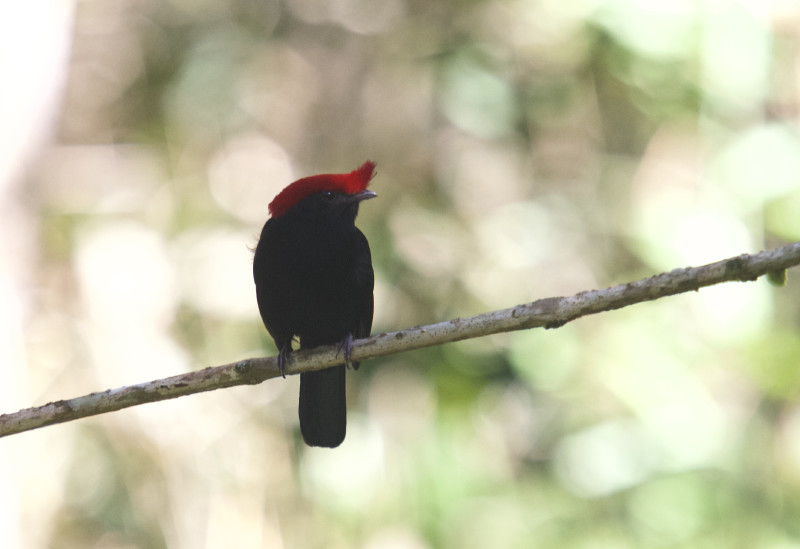 A recent survey showed that, between 1998 and 2008, a total of 347 new vertebrate species were described in the Cerrado, including 222 new fishes, 40 amphibians, 57 reptiles, 27 mammals and one bird. These numbers indicate the colossal biological importance of the hotspot.

Although more extensive surveys are required to catalog the enormous variety of plants in the Cerrado, the hotspot is estimated to contain approximately 12,000 plant species, with more than one-third of these endemic to the region.

Among the endemic species are Caryocar brasiliense, a culturally and economically important fruit tree known locally as pequi, and Syngonanthus nitens, called “golden grass,” which is widespread in the Cerrado and is used to make regional handicrafts.

The Cerrado has relatively high bird diversity, with more than 850 species, 30 of which are endemic.

One very representative threatened species in the Cerrado is the Critically Endangered Brazilian merganser (Mergus octosetaceus). It is the only species representative of the Mergini family in the Southern Hemisphere, and little is known about its biology. The species is one of the most threatened birds in the Americas.

The blue-eyed ground dove (Columbina cyanopis) is also endemic to the Cerrado region of Brazil. Listed as Critically Endangered, the bird was suspected to be extinct in the wild until 2016, when 12 birds were seen in a small area.

Many large mammals that range widely throughout South America have the Cerrado as one of their primary habitats. One of the best known of these species is the maned wolf (Chrysocyon brachyurus), a large-eared, fox-like animal and the largest South American canid.

Two of the most unusual species are the giant armadillo (Priodontes maximus) and the giant anteater (Myrmecophaga tridactyla), which is the largest anteater in the world.

Other large mammal species found in the Cerrado include the Brazilian tapir (Tapirus terrestris) and the pampas deer (Ozotoceros bezoarcticus), and several cat species, such as the jaguar (Panthera onca), ocelot (Felis pardalis) and jaguarundi (Felis yagouaroundi).

Nearly 100 of the 262 species of reptiles in the Cerrado are endemic, including six members of the snake genus Apostolepis. One of the best-known reptiles is the giant worm lizard (Amphisbaena alba), which can grow up to 70 centimeters in length.

More than 200 species of amphibians have been recorded in the hotspot; 72 are endemic, including two species restricted to the Serra da Canastra National Park: the Canastra snouted tree frog (Scinax canastrensis) and the Zagaia tree frog (Hyla sazimai).