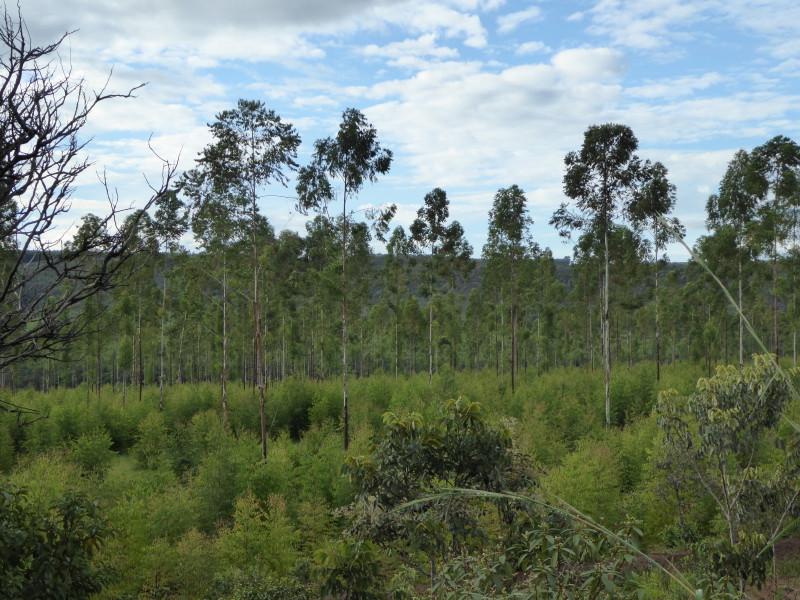 Currently, the Cerrado is one of the planet’s leading areas for agricultural and livestock production. While this is a cause of pride for many, frontier expansion also takes its toll. Threats to the hotspot include:

The main threat to biodiversity in the Cerrado is the clearing of land for pasture and monocultures, which involve growing single crops on an industrial scale. Production of commodities for consumption within Brazil and for export is essential, not only for the country’s economy but for its food security as well.

While the Brazilian Forest Code provides for the designation of Areas of Permanent Preservation and Legal Reserves, these will become isolated fragments if deforestation in the Cerrado continues at its current pace. The deforestation levels in the Cerrado are currently higher than in the Amazon, as are the levels of greenhouse gas emissions.

Chemical pollution from pesticides (herbicides, insecticides and fungicides) is a major concern in the hotspot. These inputs are widely used in tropical agriculture, where there is no cold winter to avoid the constant buildup of weeds, pests, fungi and disease. The main consumption is for soy, corn and cotton, the most important crops in the Cerrado. Some persistent organic pollutants are used illegally and pesticides forbidden elsewhere are still legal in Brazil. The country uses more pesticides than any other country in the world, with 19 percent of global use.

Most of the important rivers in the Cerrado have been dammed for hydroelectric plants, which are Brazil’s main source of electric power. The dams affect water flows and modify the margins, keeping several species from migrating up to headwaters for spawning. This also impacts fisher communities whose livelihoods depend on these resources.

In the Cerrado, introduced African grasses grow faster and higher than native grasses. Plantations of eucalyptus and pine now cover vast areas of the Cerrado, and there are plans for expansion.

Invasive fauna are of concern, too. For example, wild boars known as European javalins (Sus scrofa), originally brought to South America for hunting, have spread to the southernmost part of the Cerrado, where they are a threat to nature and humans. Other invasive animal species include native species of fish from other parts of the country, even shrimp, as well as exotic species, especially Tilapia, farmed to supply supermarkets. These exotic fish compete with native species, especially in reservoirs used for fish farming.

Environmental groups are deeply concerned about impacts of genetically modified organisms (GMOs) on native biodiversity in Brazil, but the National Technical Commission on Biodiversity (CTNBio) approved their use. More research is needed on genetic contamination by GMO crops in the Brazilian context. What is clear is that producers of GMO soybeans make intensive use of glyphosate herbicide, which affects human health.

Cerrado biodiversity has lived with fire for millennia. The vegetation has features that minimize the effect of burning, such as thick bark, rhizomes and bulbs, as well as high regrowth capacity after fire. However, fire frequency has intensified drastically due to human actions.

Today fires may occur every year or two, rather than following cycles of 16 years on average as they did before European settlement. A frequent and intense fire regime causes changes in the dynamics of plant communities, affecting the populations of rare species. Fire may also affect flowering, fruiting, seed dispersal and mortality rates.

Read more about these and other threats in our ecosystem profile (PDF - 9.8 MB), also available in Portuguese (PDF - 10.3 MB).