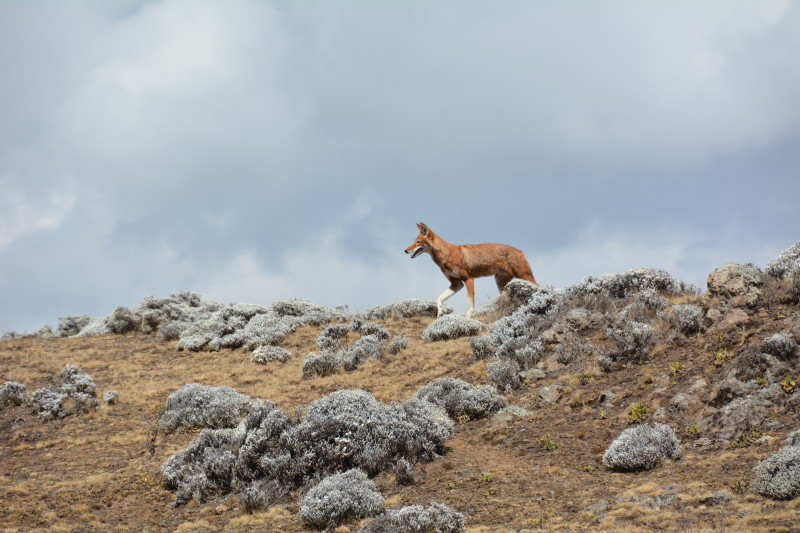 At least 677 species found in the Eastern Afromontane Hotspot are globally threatened. As additional areas of the region are explored, this number is likely to go up significantly.

Overall the hotspot holds nearly 7,600 species of plants, of which more than 2,350 are endemic. The Albertine Rift alone is home to about 15 percent of mainland Africa‘s plant species, with at least 300 endemics.

The grasslands of the Southern Rift are rich in orchids, with more than 500 species. Farther south, the Chimanimani Mountains have a quartzite grassland that holds at least 73 plants found nowhere else.

Within the Arabian Peninsula portion of the hotspot, 110 plant species are known to be endemic, with a substantial number of additional endemic plant species still to be described.

The total number of bird species in the hotspot exceeds 1,300 species, including 157 endemics, and can be expected to grow as more areas are surveyed. In the Eastern Arc Mountains of Tanzania, DNA techniques are showing that there are various cryptic species in different mountains, particularly in dense forest-dwelling groups such as greenbuls, flycatchers and sunbirds.

The Eastern Afromontane is home to nearly 500 mammal species, more than 100 of which are endemic. Although several of Africa‘s larger flagship mammals, including the elephant (Loxodonta africana) and leopard (Panthera pardus), are found in this hotspot, the majority of threatened species are primates and smaller mammals.

The most charismatic flagship species of the hotspot are the great apes, including the Critically Endangered mountain gorilla (Gorilla beringei beringei) and the Endangered Grauer‘s gorilla (G. b. graueri).

Nearly 350 reptile species are found in the Eastern Afromontane Biodiversity Hotspot. More than 90 species are endemic, most of which are chameleons. This includes the Rwenzori three-horned chameleon (Chamaeleo johnstoni), which looks like a miniature triceratops and can grow to a length of 30 centimeters.

The hotspot is home to more than 323 amphibian species, more than 100 of which are endemic, with more species being discovered as surveys are conducted in unstudied forest patches.

The geological turmoil that created the mountains of this hotspot has also yielded some of the world‘s most extraordinary lakes, such as Lake Tanganyika (the world‘s second deepest lake at 1,471 meters deep), Lake Albert, Lake Tana and Lake Malawi.

Due to the presence of these large and isolated lakes, a vast amount of freshwater fish diversity can be found in the Eastern Afromontane region, with more than 890 described species of fish, nearly 620 of which are endemic.

While most invertebrates of the Eastern Afromontane are not well studied, the butterfly fauna is relatively well known. The continent's largest butterly, the African giant swallowtail (Papilio antimachus), with a wingspan of 24 centimeters, is found here. Three other rare but large and conspicuous swallowtail butterflies (P. leucotaenia, P. ufipa and Graphium gudenusi) are important symbols for conservation in the area.

Read more about the hotspot's species in chapter four of our ecosystem profile (PDF - 4 MB).