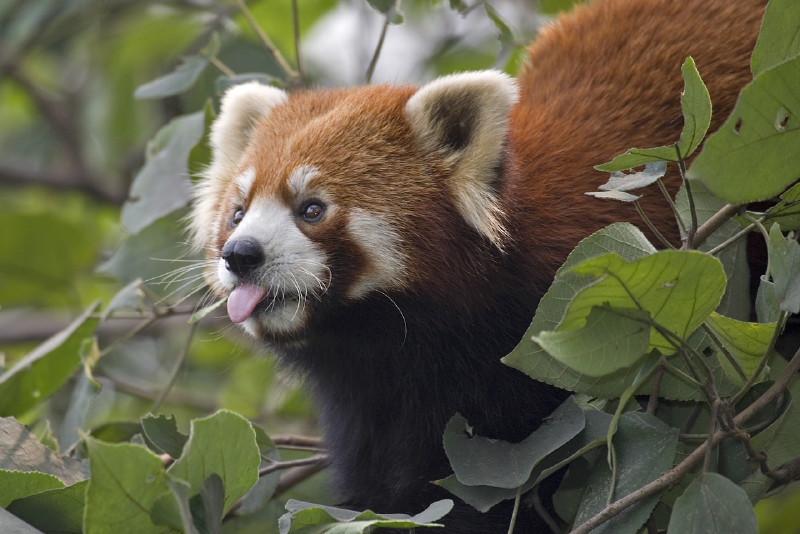 As a result of the dramatic differences in topography, climate and vegetation and the physical barriers between its regions, the Mountains of Southwest China Biodiversity Hotspot has evolved a cluster of distinctive mini-hotspots, each with its own unique flora and fauna.

This hotspot is arguably the most botanically rich temperate region in the world, even though its species richness is not fully documented. Vascular plant diversity is estimated at about 12,000 species, representing as much as 40 percent of all the species in China. Of these, about 3,500 species (29 percent) and at least 20 genera are endemic, including about 100 endemic ferns and 20 endemic gymnosperms.

Several ancient plant species found nowhere else in the world, including representatives from the genera Rhododendron, Rhodiola, Kingdonia and Circaeaster. More than a quarter of the world's rhododendron species are represented in the Heng Duan Shan Mountains, an astounding 230 different species, many of which are endemic and quite rare. Some of the larger rhododendrons can grow as tall as 20 meters or more.

Of the more than 600 bird species occurring in the hotspot, only a single bird species is endemic—the white-speckled laughingthrush (Garrulax bieti). Nevertheless, four Endemic Bird Areas, identified by BirdLife International, largely overlap with the hotspot and are home to a number of restricted range and endemic species, including the Endangered Sichuan partridge (Arborophila rufipectus).

The region has the richest variety of pheasants and their relatives in the world, with around 25 species in total, including Lady Amherst's pheasant (Chrysolophus amherstiae).

More than 230 mammal species inhabit the hotspot, although only five are endemic, including the Gaoligong pika (Ochotona gaoligongensis).

The giant panda (Ailuropoda melanoleuca), which is almost entirely restricted to the shrinking forests of this hotspot, is the world's best-known flagship species for conservation. The Endangered red panda (Ailurus fulgens), a smaller relative of the giant panda, is also found here.

Other important mammal flagships include the Endangered golden monkey (Rhinopithecus roxellana) and the Endangered black snub-nosed monkey (R. bieti), which lives at higher altitudes than any other non-human primate. These monkeys are among the few truly temperate monkey species in the world.

Several distinctive ungulate herbivores are unique to this hotspot, including the Vulnerable takin (Budorcas taxicolor), an unusual 300-kilogram goat antelope, the Vulnerable red goral (Naemorhedus baileyi), which is endemic to the Gaoligong Shan, and the Endangered Chinese forest musk deer (Moschus berezovskii). These herbivores provide prey for a number of large predators, including the magnificent, Vulnerable snow leopard (Panthera uncia).

Given its size and temperate climate, the Mountains of Southwest China hotspot is also home to a surprisingly wide diversity of reptiles. There are more than 90 reptile species in the hotspot, comprising a little over 20 lizard species, and nearly 70 species of snakes. About 15 species are endemic, including the Szechwan pit viper (Protobothrops xiangchengensis) and Kingdonward's bloodsucker (Calotes kingdonwardi).

Amphibians are represented by around 90 species in the hotspot, with the genera Scutiger, Oreolalax and Amolops particularly well represented. Some of these species occur at very high altitudes; for example, the Xizang alpine toad (Scutiger boulengeri) is found to elevations of more than 5,000 meters above sea level. Of the eight species known to be endemic, three are globally threatened.

The hotspot has more than 90 freshwater fish species, almost a quarter of which are endemic, including two endemic genera. The majority of fish in the hotspot are from two families, Cyprinidae and Balitoridae, while most of the endemic fish are from two genera, Schizothorax and Triplophysa.