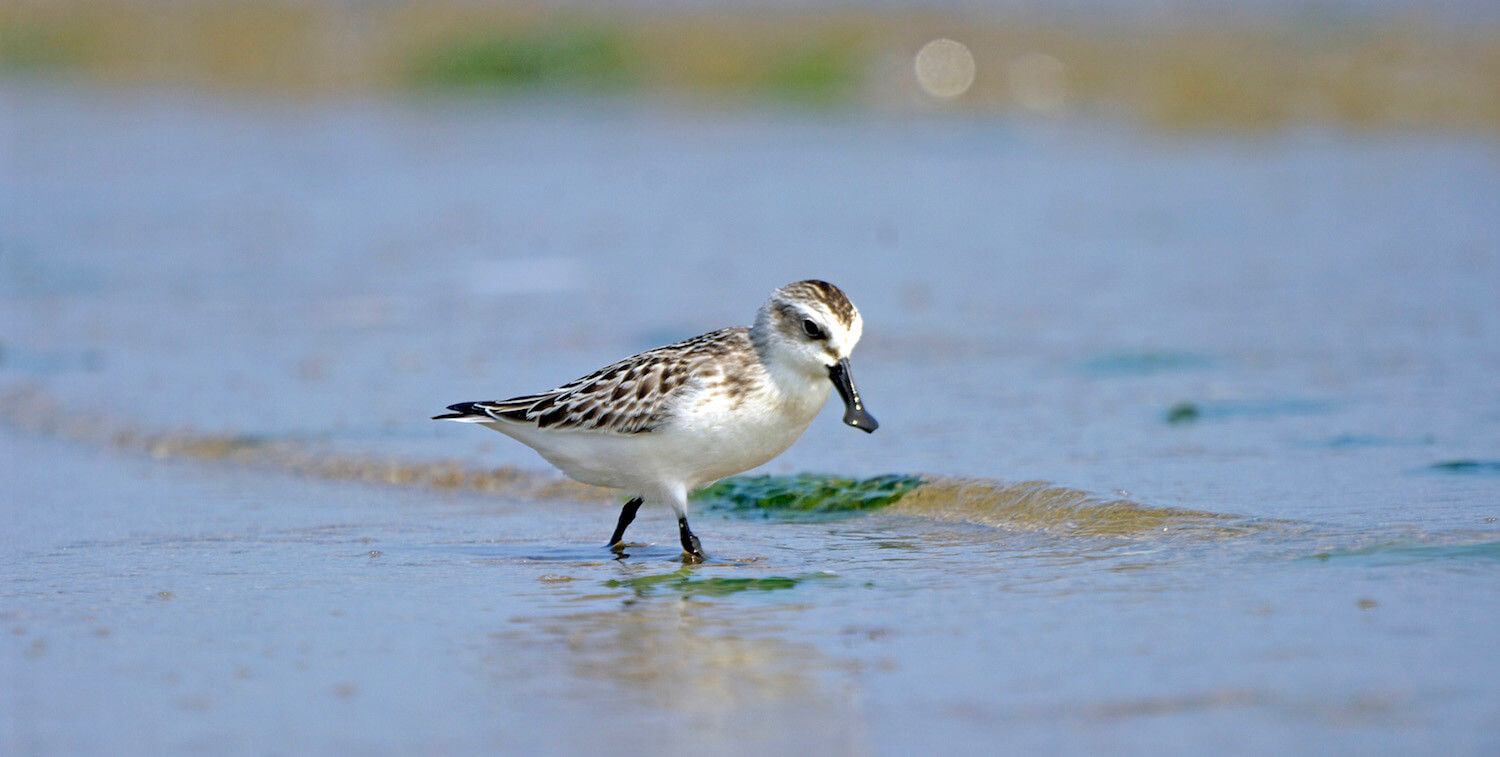 When the spoon-billed sandpiper started to disappear, bird-watching groups in China decided they needed to do something

The spoon-billed sandpiper is a small, reddish-brown bird with a “one-of-a-kind” black bill. Scientists found that one of the reasons that there are only about 100 breeding pairs of spoon-billed sandpipers remaining is the prevalence of illegal hunting in the birds’ winter habitats in China and Southeast Asia, where it migrates from the Pacific coast of Russia. 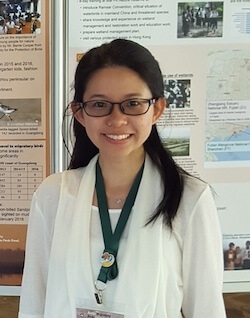 “The illegal hunting is not just a problem for the spoon-billed sandpiper, but also for other migratory birds that settle in ,” said Vivian Fu, the manager of the China program for the Hong Kong Bird Watching Society (BirdLife in Hong Kong).

Bird hunters place nets up to 10 meters (32 feet) high and 40-50 meters (130-164 feet) long in trees, which is illegal without a permit in China, to sell the birds to local restaurants and make a profit. When the project team first arrived, they saw hundreds of nets in coastal areas including intertidal mudflats, fishponds and nearby farmlands.

The Hong Kong Bird Watching Society realized that few people were stopping these illegal hunters because of the lack of resources and conservation groups in the area. The bird watching society received funding from the Critical Ecosystem Partnership Fund (CEPF), an organization that aims to protect the world’s biodiversity hotspots, in 2014 to research and raise awareness about where the migratory birds were settling.

The society also trained a local group of volunteers that started to patrol coastal wetlands in China and Hong Kong to look for illegal netting. Whenever the group found illegal nets, they reported them to the forest police, who took them down. 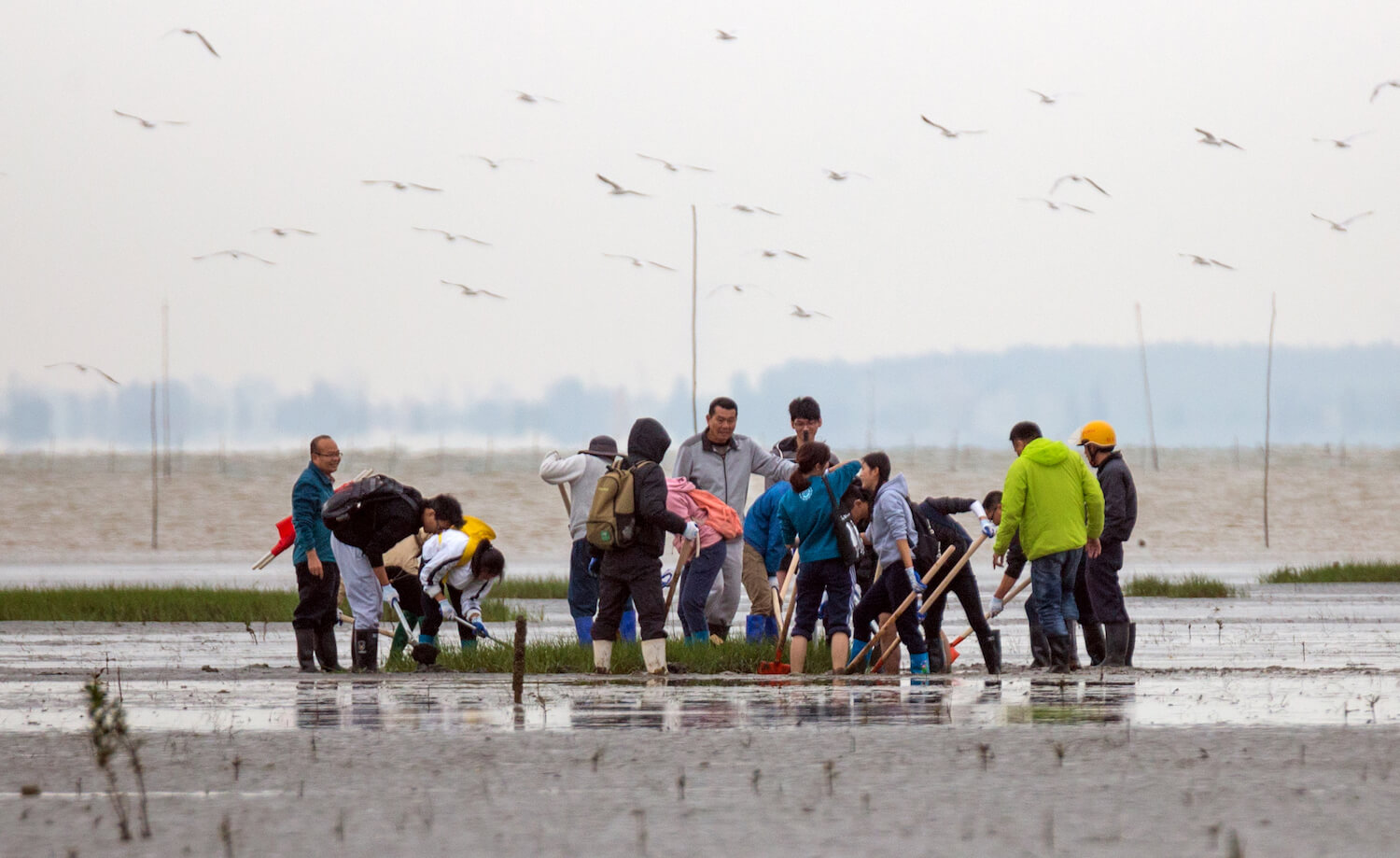 After five years of patrolling the region of Leizhou in Guangdong, raising awareness and partnering with the local governments, there has been a 90 percent decrease in the number of nets encountered, according to Fu.

“Even at the core sites, where the nets were once heavy, we don’t see any more nets,” Fu said. “I think our efforts were one of the main reasons that this threat to migratory birds was removed, so this is one big success.”

The bird-watching society also recruited and trained over 50 volunteers, who went on to establish their own local conservation organizations focused on protecting endangered species. 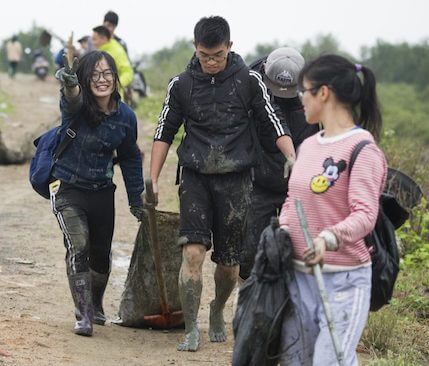 “Their new organization is also doing bird monitoring and environmental education awareness activities on their own, so it’s another big success for this region, which didn’t have any other conservation organization before this project began,” Fu said.

Fu said that part of the project’s success was being able to understand the illegal hunters’ actions instead of labeling them immediately as “wrong.”

“You cannot act like you’re superior to the local people. You have to try to understand why they made the decision to hunt illegally,” Fu said. “Hunting is a tradition in South China, so we’re not saying that it is wrong. Instead, we suggested ways for them to change their actions and let them make their own decisions. Otherwise, people will shut their doors and lock you outside, and you will no longer have the chance to collaborate with people.”

Fu said that the project is an example for other provinces that want to take similar actions to stop illegal hunting of migratory birds.

“There is a phrase saying that the bird’s future is the human being’s future. It is our future,” Fu said. “Therefore, if birds and animals are healthy and happy in their environment, it’s an indicator of whether that environment is also a good place for humans to live. If you don’t see wildlife somewhere, it means that people will suffer in that area too. As someone who works for an environmental nonprofit, I think it is important to find the balance between development and nature.”