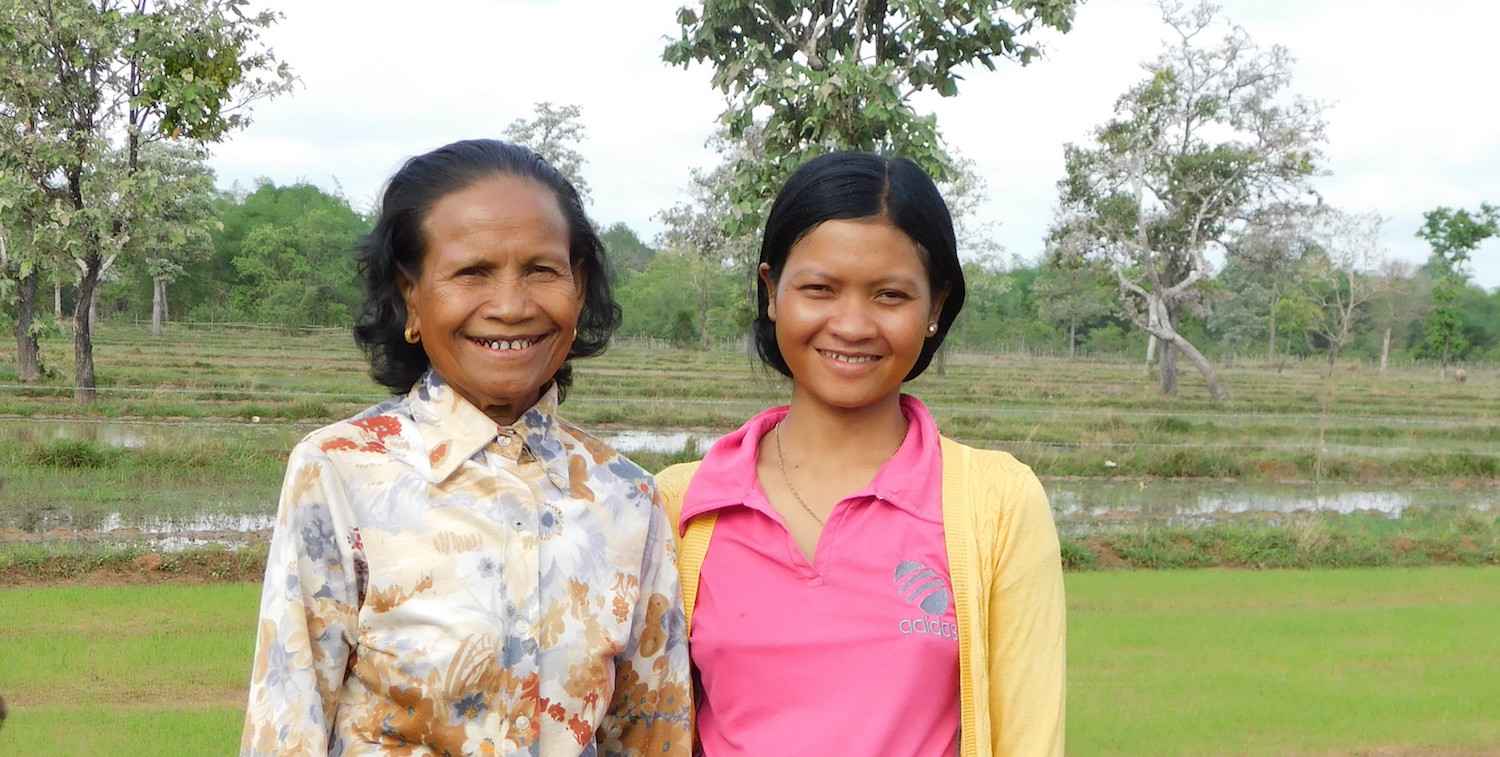 Srey Bunang has witnessed a lot of change in her community over the years. An energetic 68-year-old with a sly smile, Srey was born and raised in the small rice-farming village of Kea Sway in Siem Pang District, Cambodia. She left her home for Lao in 1970 to escape the forces of the Khmer Rouge political party that eventually brought mass executions and starvation to the country, then returned to her home village in 1980 after the Khmer Rouge were driven out.

When Srey was a child, this rural area was heavily forested and brimming with wildlife such as the giant ibis (Thaumatibis gigantea), the cow-like kouprey (Bos sauveli), Eld’s deer (Rucervus eldii)—even tigers (Panthera tigris). The plants and animals of the forest were sustainable a source of nutrition, energy, medicine and income for local people.

But the toll of military conflict and the Khmer Rouge years, followed by new roads, more people and nearby industrial agriculture, have left the forest and wildlife more and more scarce. Although much of the area is now part of a wildlife sanctuary, the tigers and kouprey are gone, along with swaths of habitat that supported them. The giant ibis is categorized as Critically Endangered on the IUCN Red List of Threatened Species along with four other bird species in the area, and Eld’s deer is listed as Endangered.

Srey and some of her neighbors also report that temperatures, storms and flooding in this tropical dry-forest region have been on the rise in recent years, further stressing their livelihoods.

In an effort to improve their situation, Srey and some of her neighbors have embraced a new approach to rice farming—one that brings a higher price for the rice they produce, increases the productivity of their land, and has the added benefit of being “wildlife friendly.” 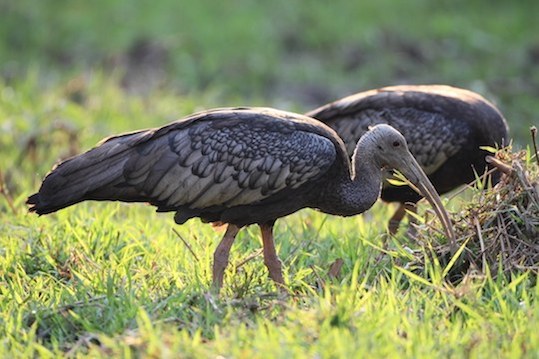 They are participants in the Ibis Rice program that was started 10 years ago by Cambodian organization Sansom Mlup Prey (SMP) and the Wildlife Conservation Society, with support from the Critical Ecosystem Partnership Fund and other donors. Originating in the Siem Reap, Preah Vihear and Kampong Thom provinces, the program has been replicated in Siem Pang by BirdLife International.

Named after the giant ibis, which is Cambodia's national bird, the program enlists local farmers to use to organic farming methods, commit to controls on farmland expansion, and refrain from poaching and logging. In exchange, they get seed for high-quality jasmine rice and increased market access via the organic, wildlife-friendly Ibis Rice brand. As a result, participating farmers are earning more for their rice and seeing increased productivity.

Participating villages established a Village Marketing Network, which is responsible for buying rice from farmers and making sure the farmers have met their environmental commitments.

The Ibis Rice program now includes 700 households, from which it purchased 950 metric tons of paddy following the 2018 harvest. Farmers received a price that was 40 percent higher than the market price for conventional rice. Overall, the program is protecting 500,000 hectares of forest and wetland.

Srey has participated in the Ibis Rice program for two years, and said she is pleased with the increased income she is receiving for her Ibis Rice and the increased productivity of her land. She is using some of those additional funds to cover health care costs for her family, which includes her husband, two children and two grandchildren. Her neighbors Nary, a young mother of two with another on the way, and Chi Kon, 68, both also reported being happy with the price they get for their rice and the increased productivity.

That’s not to say they are without complaint. Srey doesn’t like the taste and texture of the rice—it’s too different from what she’s used to. And while she supports protecting the wild birds, they can be a nuisance when they damage rice paddies while hunting for frogs. There are also problems with insect pests, and Chi Kon would be happier if he could expand his fields and was allowed to hunt non-endangered wild birds for food. But they say the benefits outweigh these issues, and they recommend the program to their non-participating neighbors.

“Local people are starting to understand the real benefit that they can see from respecting the Ibis Rice standard,” said Keo Socheat, SMP program manager. “We can see in general that participating families did not clear new land illegally, hunt wild animals or use chemicals in their rice production.”

The growth in household participation has been facilitated by finding new international markets that require USDA and organic certification, according to Nick Spencer, SMP’s business manager. “Now all our farmers are certified to export to Canada, the EU and Singapore,” he said.

Next: The Sustainable Rice Platform

Applying the lessons of its successful experience with Ibis Rice, SMP has recently developed a new project aimed at farmers around Tonle Sap Lake, particularly the areas important for the Bengal florican (Houbaropsis bengalensis), another bird species listed as Critically Endangered on the IUCN Red List. SMP is pioneering a new global sustainability standard for rice through the Sustainable Rice Platform, implementing Cambodia’s first pilot project under the standard. Their efforts have led to the establishment of a national chapter for the platform in Cambodia involving cooperation with Mars Foods and a number of rice producers to change the way rice is farmed in the Tonle Sap.

“These programs [Ibis Rice and the Sustainable Rice Platform] play a very important role, improving the sustainable farming system and livelihoods of local communities living in and around protected areas,” said Socheat. “And local communities are participating actively in protecting endangered species and other wildlife and habitat.”

The impact reaches well beyond Cambodia. These programs have increased awareness about wildlife conservation and forest protection not only locally, Socheat said, but also among rice consumers and others who see promotions for the rice products around the globe.