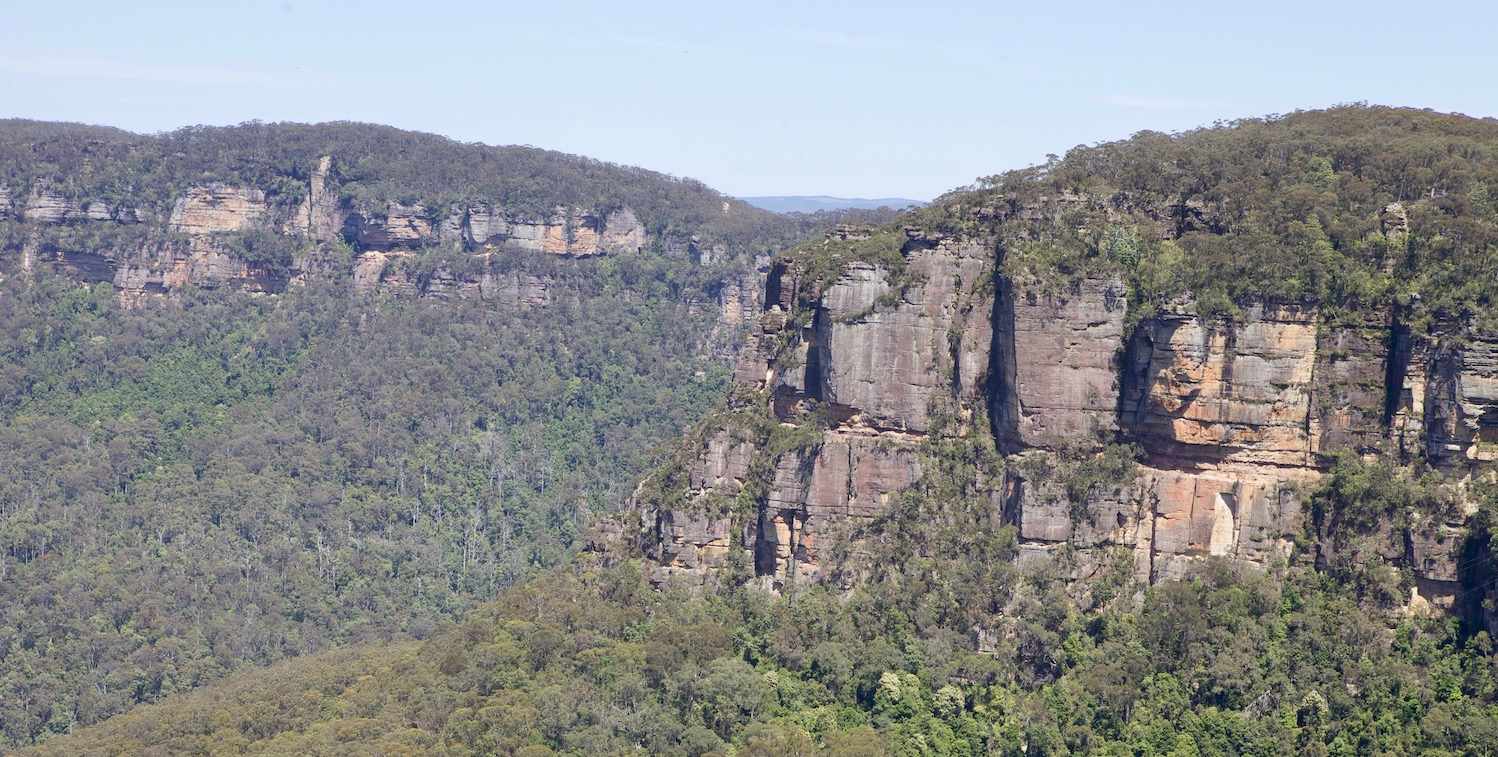 As smoke begins to clear, 'What we are seeing is catastrophic'

For the world, these bushfires have truly shown the perils that we face unless we keep global temperature increase to no more than 1.5 degrees.

In December 2019, barely a month into Australia’s summer, the east coast was already living through the worst bushfires in our recorded history. Climate change, years of drought, and two major drivers of our weather system—the Indian Ocean Dipole and the Southern Annular Mode—combined to create these unprecedented fire conditions. Vast areas of temperate and subtropical forests have been burning since September last year, even reaching into the wet tropical forests of north-eastern Australia. The area burnt continued to increase dramatically over the following months, with the great forests of the south-east corner and alpine regions also heavily affected.

By mid-January the weather conditions began to improve and the devastating scale and impact of these fires is becoming apparent. What we are seeing is catastrophic. The total area burned by these fires now stands at more than 8.4m hectares. People have died, communities have been devastated, and valuable farming land and livestock lost. Around 1 billion native mammals, birds, and reptiles are estimated to have been killed as a consequence. 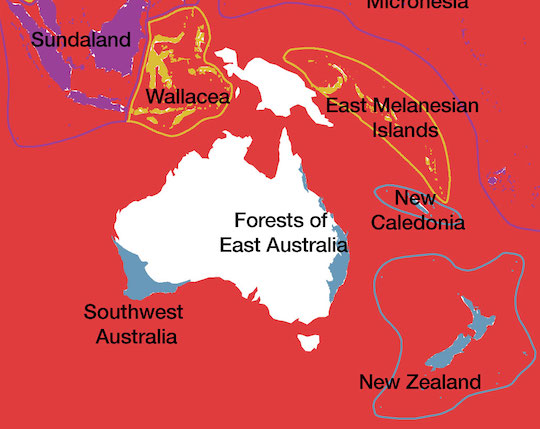 The Forests of East Australia were identified as a Global Biodiversity Hotspot in 2011. The hotspot consists of a discontinuous stretch of coastal and montane forest along the Australian states of Queensland and New South Wales and is a stronghold for many of Australia’s rare and threatened species, including the much-loved koala (Phascolarctos cinereus), and over 2,144 endemic plant species.

The hotspot includes three large World Heritage areas—the Blue Mountains west of Sydney, the Gondwanan rainforests of north-eastern NSW (the world’s most extensive area of subtropical rainforest), and the Wet Tropics of far northern Queensland. Of these the Blue Mountains and Gondwanan forests have been the worst affected. Preliminary assessments show at least 80 percent of the one million hectares of the Blue Mountains temperate eucalypt forest, and more than 50 percent of the 370,000 ha Gondwana rainforests have burned. While eucalypt forests are well adapted to fire, the frequency and intensity of these fires is increasing, putting them at risk. It is also the first time that many of the normally lush, wet Gondwanan forest are known to have burned at all. 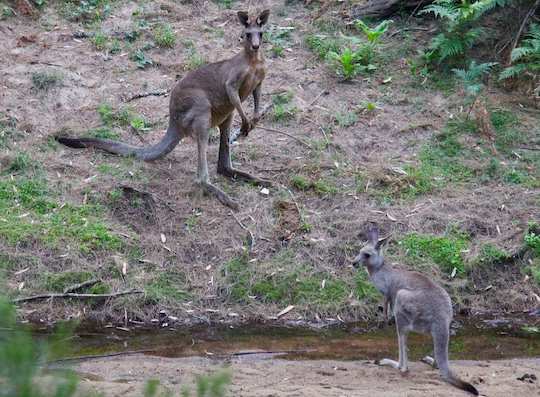 In the immediate aftermath, government agencies, conservation groups, and volunteers have been mobilising on-ground efforts to rescue injured wildlife, assess the extent of damage, and protect remnant populations of threatened species. Some of the efforts have been extraordinary, even heroic. Hidden in a deep canyon in the vast wilderness of Wollemi National Park is the last stand of less than 200 Wollemi Pines (Wollemia nobilis), also known as the “dinosaur tree.” These trees existed up to 200m years ago and until discovered in 1994, were assumed to be long extinct. With aerial firefighting support providing water and fire-retardant from the sky, park rangers were lowered into the secret location by helicopter to activate irrigation systems to keep the soil moist. These actions managed to protect the stand from the fire that devastated the surrounding area. In the short term the Wollemi Pine has escaped extinction.

The immediate priority is to help the livelihoods of people, the land, and the wildlife that has been directly impacted. Efforts are being made to locate and protect surviving populations of threatened species, particularly as these will now be even more vulnerable to invasive species such as feral predators and other threats. In order to protect isolated population of threatened brush-tailed rock-wallabies (Petrogale penicillata) for example, carrots and sweet potatoes are being dropped by helicopter to supplement what little natural food remains. This will need to be followed up with intensive feral predator control to ensure that introduced foxes do not wipe out those animals that managed to survive.

In the longer term, Australia will need to build the resilience of the east coast forests to be able to survive and adapt to a rapidly warming and drying future. With one of the highest per capita carbon footprints in the world, Australia must also substantially increase its efforts to reduce greenhouse gas emissions. For the world, these bushfires have truly shown the perils that we face unless we keep global temperature increase to no more than 1.5 degrees.

The recovery of Australia eastern temperate forests and wildlife will take decades, and many may not survive in the long-term. There is no doubt that some species will go extinct as a result of climate change, and these fires have made that reality apparent. Scientists are already debating whether a tipping point has been reached for these forests and that a transition to a new forest ecosystem, adapted to drier and hotter conditions, has already begun. This has led to discussion about how we view the role of restoration in climate-change affected ecosystems. Should we be trying to restore the forests as they were, or should we be anticipating the inevitable changes? Does it fundamentally change the way we see our relationship with the landscape?

Many people argue that it is time that we all viewed the land through the eyes of the indigenous people of Australia who have seen some 60,000 or more bushfire-seasons already. Fire-management practices based on traditional aboriginal knowledge are carried out over vast areas of inland and northern Australia, and are effective in preventing large-scale, out of control fires. Serious consideration is being given to reintroducing such practices into the forested landscapes of southeastern Australia.