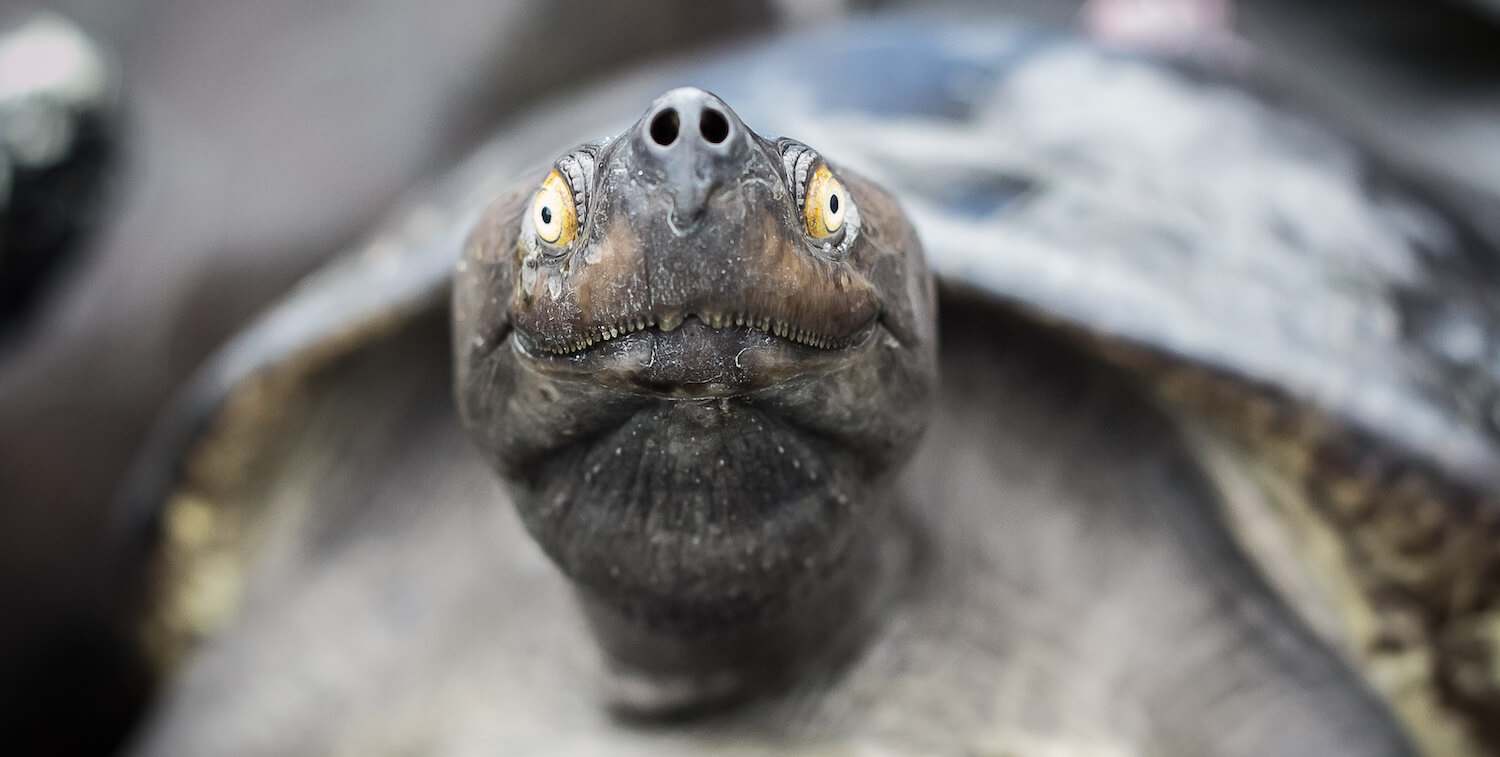 Last month, an important report, Turtles in Trouble, was released by a group of collaborating institutions known as the Turtle Conservation Coalition, which is working to prevent future extinctions.

The publication details the world’s 25 most endangered tortoises and freshwater turtles. In the Indo-Burma Biodiversity Hotspot, CEPF grantees have used diverse approaches to help protect six of the species named in the report.

Environmental DNA, eDNA for short, is a cutting-edge technique that conservationists have begun using to find evidence of elusive species. Tiny amounts of genetic material are detected from samples of soil, sediment or water. 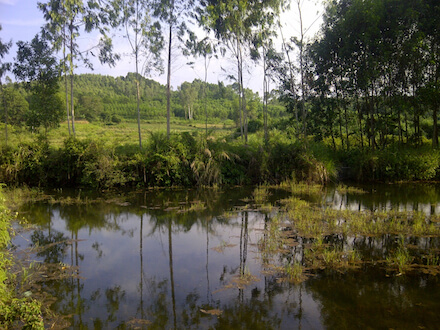 In Vietnam, CEPF grantee Central Institute for Natural Resources and Environmental Studies, in partnership with the Asian Turtle Program/Indo-Myanmar Conservation, used eDNA to survey two critically endangered turtle species, Zhou's box turtle (Cuora zhoui) and the Vietnamese pond turtle (Mauremys annamensis). “We collected water samples from their habitat in northern and central Vietnam. We filtered the water using special filters to keep only DNA of living organisms. We then analyzed the samples to see if there was any sign of target species,” said project team member Le Duc Minh.

Unfortunately, there was no evidence of either species, though DNA was found of the less-threatened Oldham’s leaf turtle (Cyclemys oldhami). In addition, a master’s student from Vietnam National University was trained to use eDNA, which is important because, according to Minh, “The tool is going to play a more important role in species conservation.”

CEPF grantee Turtle Survival Alliance (TSA) is deeply embedded in the Myanmar communities where they work, which is evident by the multiple ways they engage local people.

Release ceremonies for the head-started Endangered Burmese roofed turtle (Batagur trivittata) focused local attention on the TSA project and, as a result, helped establish a network of informal turtle observers in the release areas. These informants now notify project staff of turtle sightings, accidental captures in fishing gear and evidence of nesting.

In Hpa-an, TSA worked with a small Buddhist pagoda that agreed to provide turtle eggs for incubation and head-starting for eventual release into nearby wetlands.

“When you’re releasing turtles in an area, having the community on board is crucial,” said TSA President Rick Hudson. 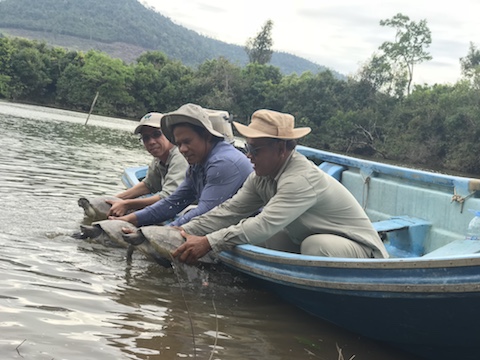 Surviving in the wild is perilous for turtle hatchlings. At only a couple of inches in size, they’re easy targets for predators. By raising turtles in captivity until they’re larger, CEPF grantees are helping increase the turtles’ chances of survival. According to Som Sitha from Wildlife Conservation Society, head-starting, as it’s known, is seen as the most effective turtle protection effort in Cambodia. The organization is using the technique to protect Critically Endangered Southern River terrapins (Batagur affinis) by holding them in facilities until they are between 6 and 11 years old.

In 2015, 21 head-started turtles were released. When the acoustic transmitters used to track the turtles stopped working a year later, all but one individual had been detected at least once. In 2017, another 25 were released and are currently being monitored via microchips.

As part of Wildlife Conservation Society (WCS)’s efforts to protect turtles from wildlife hunting, illegal fishing and logging, members of community patrol and Cambodian Fisheries Administration teams learned how to use the software known as SMART (Spatial Monitoring and Reporting Tool). The program enables project staff to track patrol routes, illegal activity waypoints, human activities and wildlife. “This monthly report is vital for our project manager to better plan for next patrol by looking into the report,” Sitha said.

Using the patrol data, the team was able to report all locations of sand mining in the Sre Ambel River system to the Ministry of Mines and Energy. Sand mining has destroyed many sandbars that the Critically Endangered Southern River terrapin (Batagur affinis) uses to nest. The practice has also harmed fish habitats and spawning areas, negatively impacting local livelihoods.

The project team worked with the ministry to develop legislation banning sand mining throughout the Sre Ambel River system, with the exception of one small coastal area.

The organization Indo-Myanmar Conservation (IMC) is working to protect some of Asia’s most highly threatened tortoise and freshwater turtle species, in part, by holding sporting competitions. 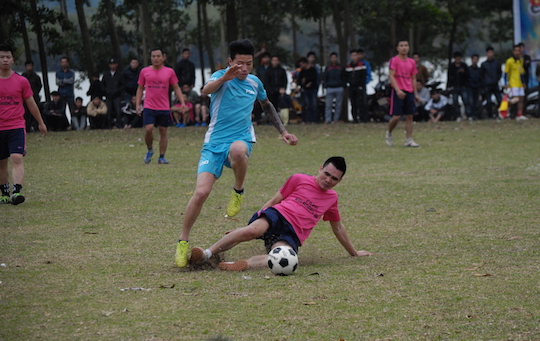 “We have often seen that traditional community meetings, in which people feel like they are being preached to or are having top-down rules applied to them, do not have a strong positive response or attendance,” said Program Coordinator Tim McCormack. “They also often miss the key target audience—the hunters and fishermen or younger males from the community involved in activities directly impacting the target species.”

To address this problem, IMC has held “Turtle Cup” football matches between village teams. Banners, presentations and shirts carrying turtle conservation messages are part of the event. They have also organized volleyball competitions and boat races.

McCormack said that IMC has seen an increase in community support of turtle protection since beginning the sporting events. Fishermen will now remove harmful turtle hook line traps and call the project team when they spot turtles on Dong Mo Lake. IMC staff also has a better relationship with local government agencies.