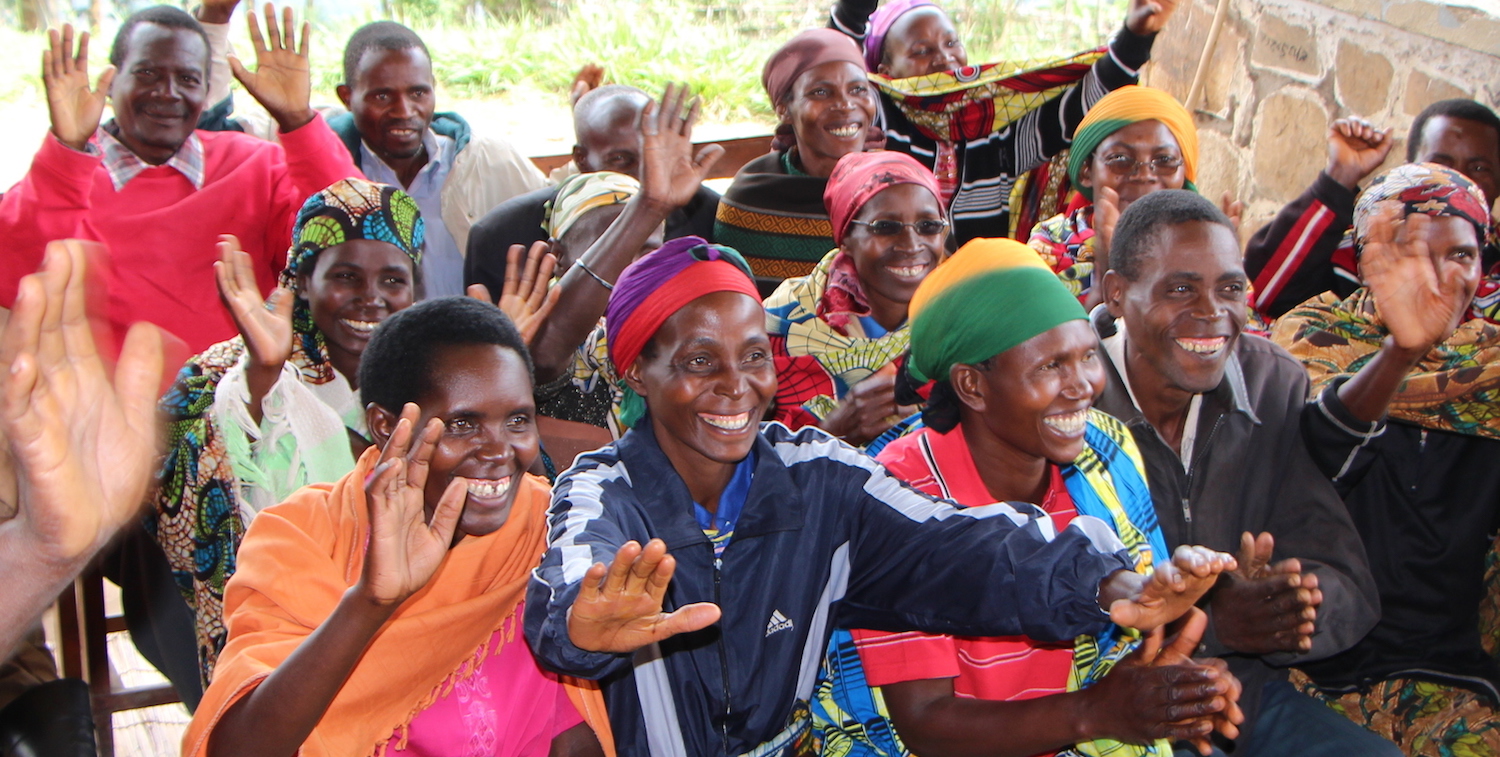 Participants cheer the action plan they have adopted during a workshop in Burundi.
© Resilience Now – Claire Galvez-Wagler

And how your organization can, too!

By: Céline Desbrosses and Marsea Nelson

Successful conservation efforts need to include and incorporate local people because if they don’t believe in the importance of protecting the ecosystem where they live, the project won’t succeed—at least not for long.

But which local people are involved in a conservation project’s development? Often the needs and concerns of the men in the community are heard, but obstacles prevent women and youth from participating in the conversation, too, sometimes without conservationists even realizing it.

In the Eastern Afromontane Biodiversity Hotspot—which encompasses parts of 13 countries in Africa and two in the Middle East—the CEPF regional implementation team (RIT) and CEPF grantees are making a concerted effort to bring the challenges surrounding gender to the forefront.

“In the Eastern Afromontane Hotspot, we talk a lot about gender, and these discussions never fail to be very lively!” said Maaike Manten, the Eastern Afromontane RIT leader. “However, to really and effectively include gender considerations in all aspects of a conservation project, or a conservation organization, is not so easy, and there are still many barriers to pull down.”

CEPF grantees are tackling these barriers from multiple angles.

1. Weave gender into the DNA of your organization. 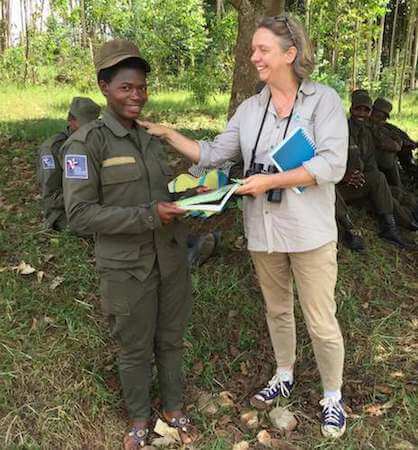 “Though women are very much engaged in environmental issues—farming, water collection, general natural resource use—we find that they are much less engaged in ‘professional’ conservation activities,” said Manten. “Women don’t have as many paid jobs in the sector as men. In certain countries, by far the majority of conservation practitioners who are employed by our grantees are male.”

With help from the new Gender Toolkit, CEPF grantees are working to address this inequity.

“The toolkit has helped us reshape our drafting process of the gender policy, which is now in advanced stages of approval,” said Medard Twinamatsiko Katonera from Mbarara University of Science and Technology in Uganda. “There were certain issues that necessitated more mainstreaming, such as human resource management.”

Nature Kenya recently incorporated gender into its operations manual. “The policy aims at ensuring that gender issues are mainstreamed across all Nature Kenya programs,” said Paul Gacheru, Nature Kenya’s species and sites manager. “[Gender] needs to be documented and captured in all our plans and reporting procedures.”

For many women, not believing in their ability to meaningfully participate in conservation is one of the biggest obstacles to them doing so.

“In the field, community rangers tend to be men, not because women can’t do it, but because even women themselves used to think they can’t do it—until they do it,” Manten said. “Some female rangers we spoke with say that it was even a revelation to themselves that they can do the job well. Now they are examples to men and to other women, including their parents and friends.”

“Taking into consideration the cultural values of the communities we work with, most decision-making processes are patriarchal. The role of women and youth is highly overlooked. This is also reflected in the leadership positions of these community groups,” Gacheru from Nature Kenya said. “Therefore, in our capacity-building actions with these groups, we ensure that gender matters are mainstreamed. For example, in governance structures of community groups, we encourage them to include women and youth in leadership positions. This is also translated into their governing bylaws/constitutions.”

From the beginning of a project, the Wildlife Conservation Society-Tanzania explains to beneficiaries that everyone’s point of view will be valued. “We tell the communities that the implementation of the project will consider all genders. Their wishes will be addressed and each gender is asked to participate,” said Project Director Noah Mpunga. “Usually this increases interest, especially for women, in the implementation of the project. It increases their confidence, especially in taking leadership positions.”

When developing project goals, CEPF grantees are using gender as one of their benchmarks. For example, instead of counting how many community members are provided with organic farming training—say, 20 people—that number can be separated by gender—e.g., 14 men and six women.

“Just counting the number of men and women may not tell you everything, but if you get into the habit of doing this, it becomes really interesting,” Manten said. “Some birdwatchers always count the flocks of birds they see. I do the same now with counting men and women. Today at lunch, I counted 17 men and two women, including myself, in our little lunch cafe. This tells me something. And if you do this often enough, you get a really good sense of how things stand.”

In Uganda, CEPF grantee Conservation Through Public Health is taking this one step further, using an attendance spreadsheet to keep track of names and genders and designing activities that include a minimum percentage of women participants. The spreadsheets help them stay focused on gender balance.

In addition to quantitative data, qualitative data can be useful, too. For instance, an organization can  distribute anonymous surveys that ask community members how satisfied they were with their ability to participate in the project’s implementation, and then compare the responses from women and men.

In some situations, simply changing a few logistics can greatly impact who is able to attend an activity.

“The [gender] toolkit has helped us be mindful of the time at which we conduct community-awareness campaigns so that we do not interfere with the household work of women,” said Adalbert Aine-omucunguzi from the International Crane Foundation. “We now let the community members choose the most appropriate time for meetings.”

The organization has also changed where they hold their meetings. “We reduced the distance walked and hence the time [women] spend away from their daily domestic chores. Reports indicated that when meetings are in the vicinity of homes, husbands easily allow their wives to attend,” Aine-omucunguzi said. 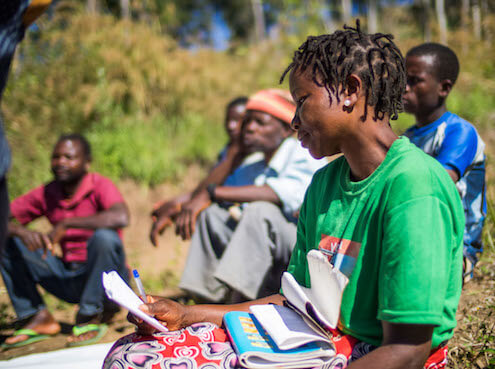 CEPF grantee Resilience Now noticed that during their workshops and trainings, women were more likely to participate during smaller focus-group activities and role-play exercises rather than larger sessions. Now, the organization arranges events so that they include as many focus-group activities as possible, especially on the first day when women can be particularly nervous and uncomfortable speaking up.

According to Resilience Now’s Claire Galvez Wagler, grouping people by gender, and also age, has had an additional benefit—when the larger group comes back together, they are able to identify different and complementary challenges that they face. “We have been able to stress the benefits of taking into account the opinions of men and women, young people and elders,” Galvez Wagler said.

Some barriers to gender balance are largely diminished when people simply become aware that they exist, as illustrated above. Others are more deeply rooted in a culture. “We are still a long way from where we want to be. But I do believe we can get there,” said Manten. “And even small steps can have big, immediate impacts.”

Download the CEPF Gender Toolkit for help incorporating gender into your own conservation work: