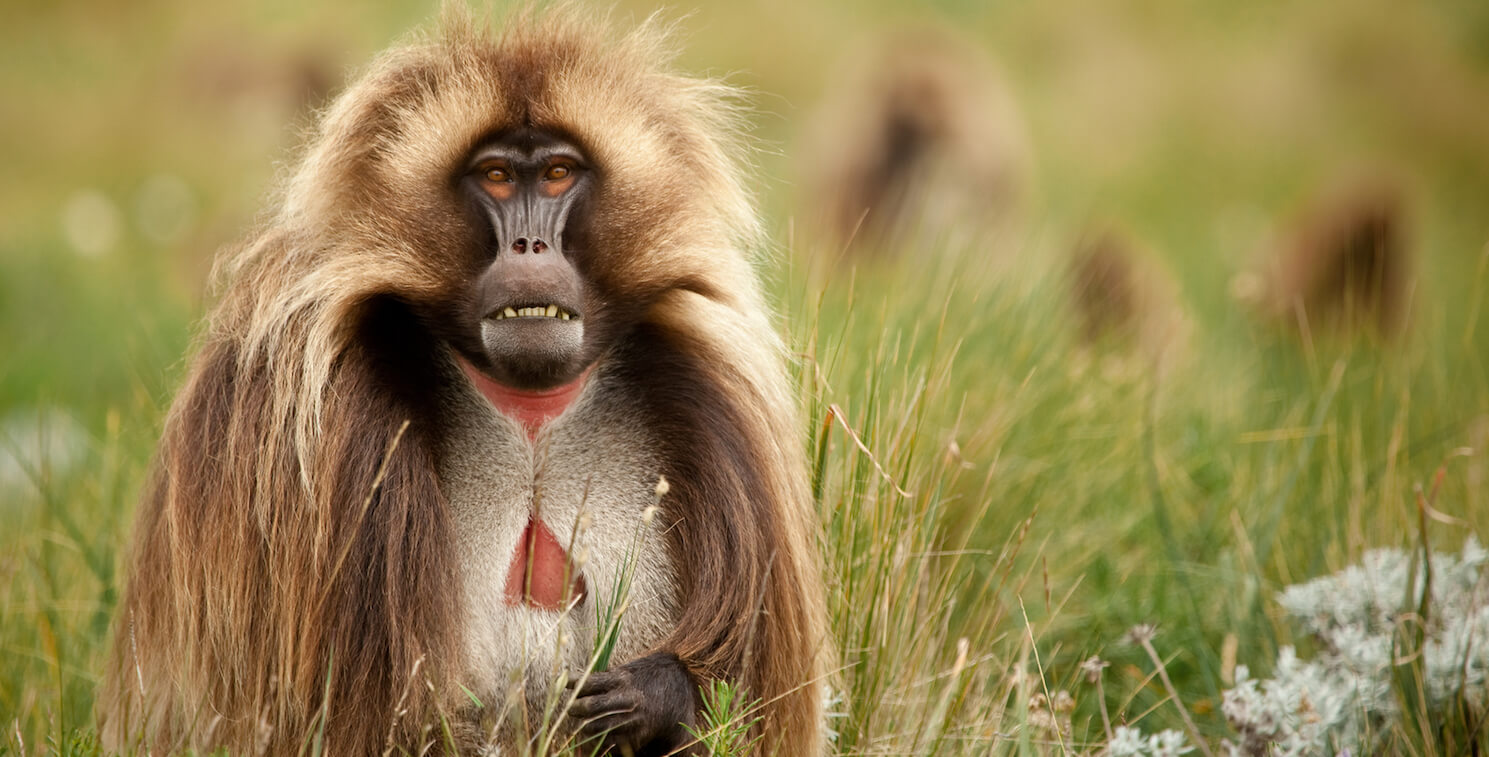 Gelada (Theropithecus gelada), found only in the highlands of Ethiopia.
© Robin Moore/iLCP

Life on Earth: Why Biodiversity Matters

Humanity must stop the pace of wildlife extinctions — or face extinction, according to the United Nations

The world has two years to seal a new pact on wildlife protection, the head of the UN body on wildlife, the Convention on Biological Diversity (CBD), told The Guardian last week. In two days, the EU and 195 member nations of the CBD will gather for two weeks to try to stem the tide of species extinctions.

Nothing less than humanity is at stake, observers say.

“Biodiversity is life on Earth, and every extinction chips away at it, undermining the stability of the planet,” said CEPF Executive Director Olivier Langrand. “We believe that if governments, businesses, civil society organizations and communities work together now, we can halt the biodiversity crisis.”

1. Wildlife support healthy ecosystems that we rely on.

Conservation researchers Paul R. and Anne Ehrlich posited in the 1980s that species are to ecosystems what rivets are to a plane’s wing. Losing one might not be a disaster, but each loss adds to the likelihood of a serious problem.

Whether in a village in the Amazon or a metropolis such as Beijing, humans depend on the services ecosystems provide, such as fresh water, pollination, soil fertility and stability, food and medicine. Ecosystems weakened by the loss of biodiversity are less likely to deliver those services, especially given the ever-growing human population.

One example of this is Kenya’s Lake Turkana—the world’s largest desert lake, a habitat for a variety of wildlife including birds, Nile crocodiles and hippos and a source of food and income for about 300,000 people. The lake is under heavy pressure because of overfishing, cyclical drought, changing rainfall patterns and the diversion of water by upstream developments, and  these changes are leading to a loss of biodiversity, declines in fisheries’ yields and a reduced ability to support humans. Without conservation methods in place, this could be the fate of many more ecosystems.

2. Biodiversity is an essential part of the solution to climate change.

Nature can provide more than 30 percent of the solution to climate change by holding global warming below 2 degrees Celsius—and biodiversity is an essential part of the picture.

The destruction of forest ecosystems by humans causes eleven percent of all global greenhouse gas emissions, so conserving forests would stop the release of these gases into the atmosphere. Trees and plants also store carbon in their tissue, making it even more necessary to protect them.

Some ecosystems, such as mangroves, are particularly good storing carbon and keeping it out of the atmosphere—where it contributes to climate change. Forests and wetland ecosystems provide crucial buffers to extreme storms and flooding related to climate change. These ecosystems are complex, which means they function best, and are more resilient to the effects of climate change, when all the pieces of the ecosystem are in place—meaning the biodiversity is intact.

“For a relatively small investment, high-biodiversity forests and other ecosystems can be conserved and restored as a powerful means to rein in climate change while also helping communities cope with associated storms, flooding and other impacts,” Langrand said.

3. Biodiversity is good for the economy.

Altogether, the food, commercial forestry and ecotourism industries could lose US$ 338 billion per year if the loss of biodiversity continues at its current pace.

Meanwhile The Economics of Ecosystems and Biodiversity (TEEB) initiative estimates that global sustainable business opportunities from investing in natural resources could be worth US$2 to 6 trillion by 2050 (PDF - 525 KB).

Millions of people also depend on nature and species for their day-to-day livelihoods. This is particularly true for struggling communities in developing countries, who often turn to high-biodiversity ecosystems as their source of food, fuel, medicines and other products made from natural materials for their own use and as sources of income. Nature-related tourism is also a significant income generator for many people as well.

4. Biodiversity is an integral part of culture and identity.

Species are frequently integral to religious, cultural and national identities. All major religions include elements of nature and 231 species are formally used as national symbols in 142 countries. Unfortunately, more than one-third of those species are threatened, but the bald eagle and American bison are examples of conservation successes because of their role as national symbols. Ecosystems such as parks and other protected areas also provide recreation and a knowledge resource for visitors, and biodiversity is a frequent source of inspiration for artists and designers.