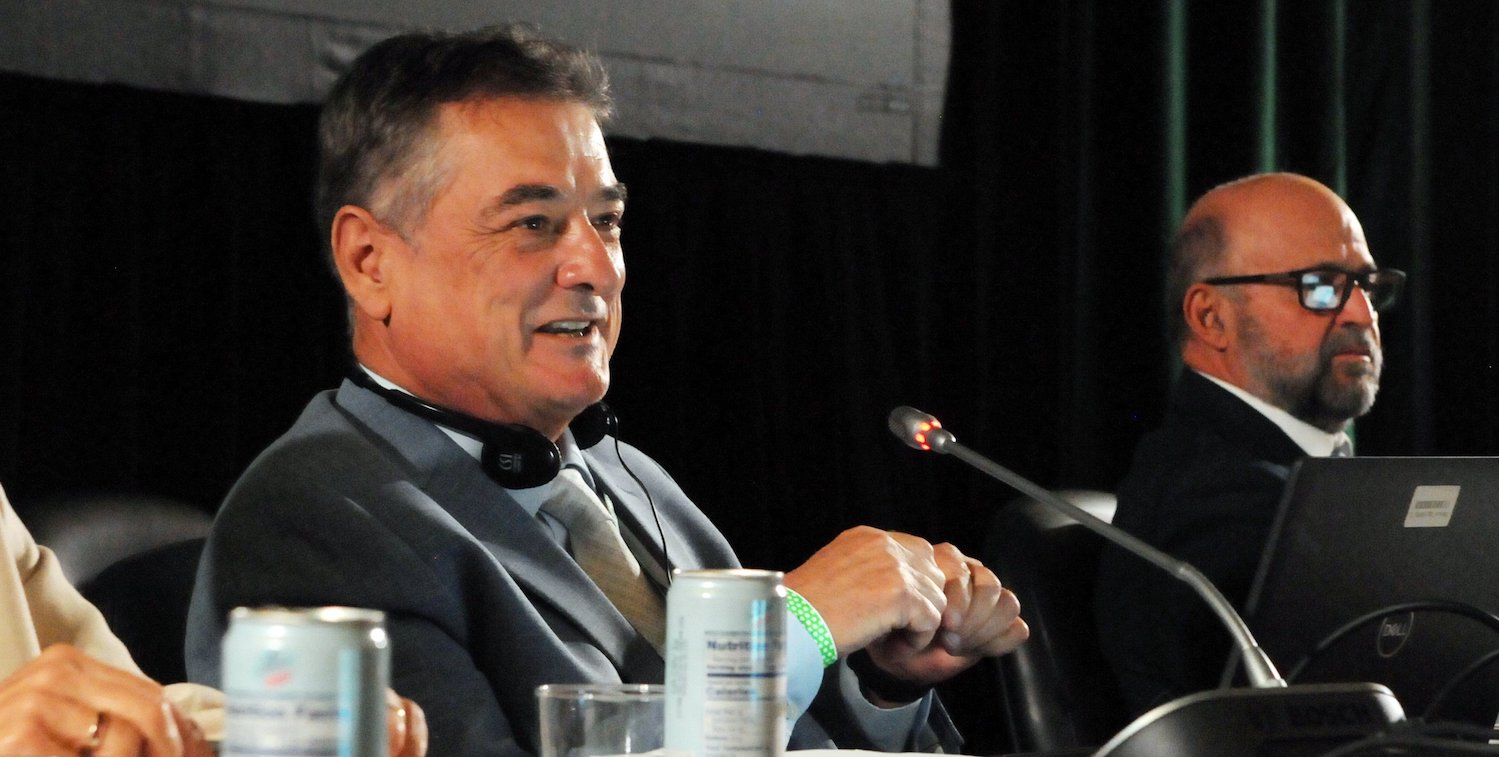 Gustavo Fonseca at the 62nd meeting of the GEF Council.
Courtesy of the Global Environment Facility.

An Enduring Contribution to Conservation

Editor's note: Gustavo Fonseca was a tireless champion of nature. Among his many contributions to conservation was his early and sustained support of CEPF. While working for Conservation International, he provided essential guidance to CEPF, and he continued to be an active partner after joining the Global Environment Facility. CEPF is grateful to have worked with Gustavo, and our deepest sympathies go out to his family, friends and colleagues. He will be missed.

The Global Environment Facility mourns the loss of renowned tropical scientist Gustavo Fonseca, its long-standing Director of Programs, who passed away on August 31, 2022.

Gustavo spent his career staring down the planet’s biggest environmental challenges with his optimism and pragmatism intact, an approach that won him friends and accolades the world over.

A leading figure in the world of conservation for more than 30 years, Gustavo worked with, trained, and hired hundreds of conservationists, many of whom considered him a mentor. Colleagues across the GEF partnership remember Gustavo for his wit, warm humor, and kindness, and for the passion that made him a tireless advocate for the protection of wild spaces and species.

Throughout his professional life, Gustavo was an ardent champion of protected spaces for biodiversity, such as the Amazon Regional Protected Areas program and the Mata Atlantica Biosphere Reserve. He relished the opportunity to visit both the Amazon program and conservation initiatives in the Galapagos islands earlier this year.

He was committed to working across sectors and silos for lasting change, and under his leadership the GEF dramatically scaled up its financial support for countries’ efforts to address biodiversity loss, climate change, and pollution together and in partnership with the private sector. Reaching across disciplines was essential to Gustavo’s approach, earning him wide respect and trust.

“I have been fortunate to build a career at the intersection of science, policy, and action, and I believe strongly in the value of strong partnerships across these areas,” he said in a recent interview. “You can’t have effective action without informed policy, and you can’t have informed policy without solid science. It’s that simple.”

Gustavo joined the GEF in 2007 after a distinguished career as Chief Conservation and Science Officer at Conservation International, Founder of the Center for Applied Biodiversity, and tenured Professor of Zoology and Ecology at the Federal University of Minas Gerais in Brazil. He received a Master’s degree in Latin American Studies and a Ph.D. in Forest Management and Conservation from the University of Florida, and published more than 170 articles and books, making a significant scientific contribution to the planning, creation, and management of protected areas and biodiversity hotspots.

He received the Oliver Austin Award for outstanding research in the natural sciences, the University of Florida’s Distinguished Alumnus Award, the Environmental Protection Award of Government of the State of Minas Gerais, the Distinguished Service Recognition award from the Brazil Biodiversity Fund (Funbio), and the Golden Ark Award, an official order of the Dutch government, the highest conservation award of Netherlands.

Outside of work, Gustavo relished being with family and friends, enjoying life. He loved music, singing, playing tennis, and rooting for his beloved soccer team in Brazil, Botafogo. He was a loving husband to Glaucia and devoted father to Bruno, Lucas, and Caio.

We extend our deepest sympathies to Gustavo’s family and friends.