Home > Stories > To Protect a Forest in Bolivia, CEPF Grantee Had to Grow Community Roots 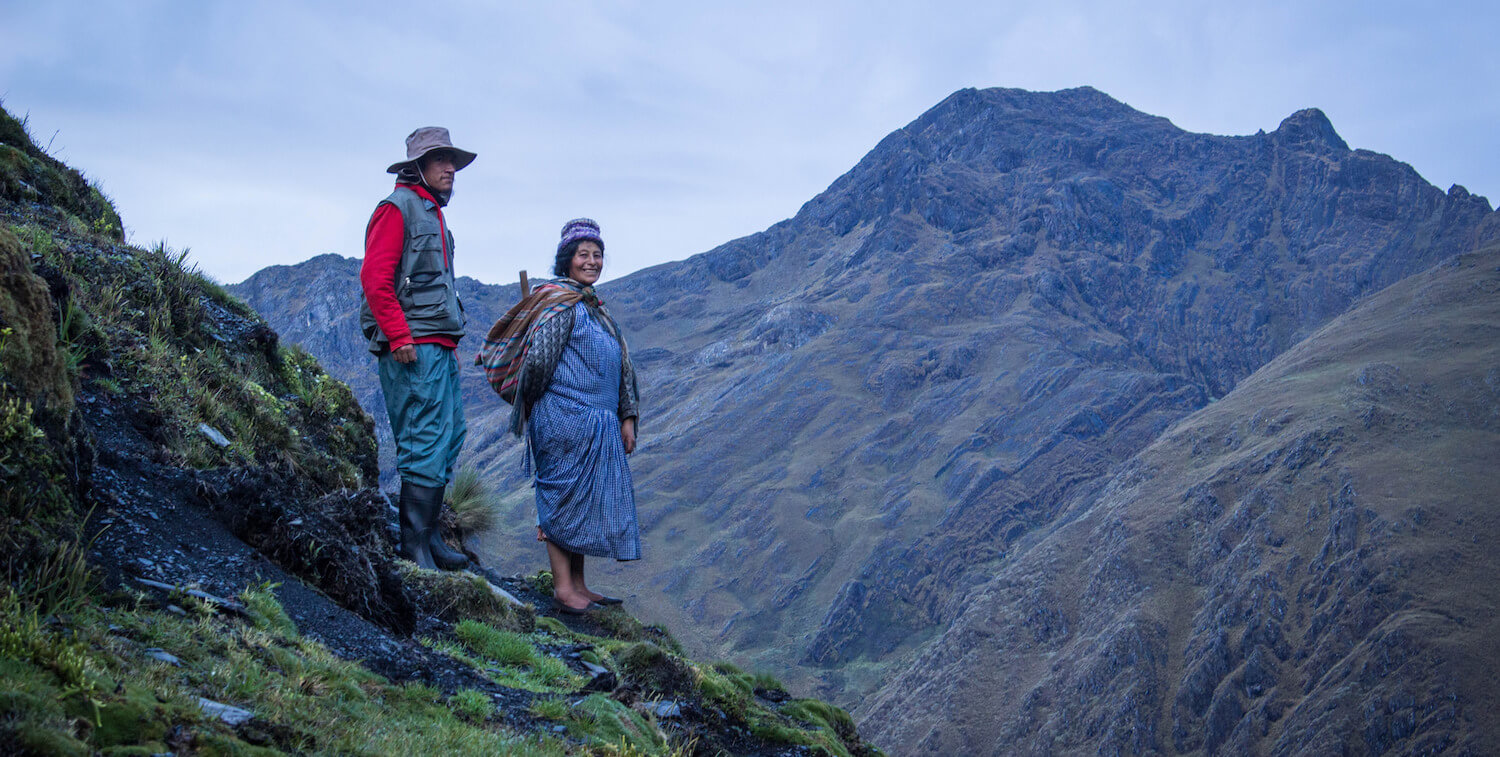 To Protect a Forest in Bolivia, CEPF Grantee Had to Grow Community Roots

At the top of the Andes Mountains, Polylepis trees—unique for their thin, multi-layered bark—have adapted to the terrain’s severe conditions: extreme altitude, lots of wind and brittle cold. 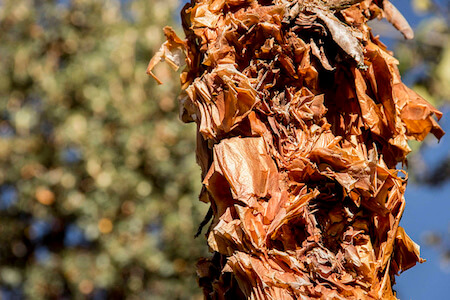 Unfortunately, Polylepis forests have been severely depleted and fragmented. Some 500 years ago during the colonial era, the Spaniards did the bulk of the damage when they chopped down trees to feed coal mines. In Bolivia, less than 10 percent of the original forest now remains.

In more recent history, the Quechua communities living near the forests used the wood for cooking and heating. Grazing cattle and burning to make grass sprout were additional threats. 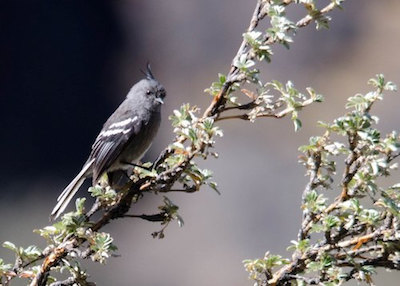 Polylepis forests and the species who depend on them are not, however, doomed. Bolivian organization Asociación Civil Armonía has worked in the area since 2004, and with the help of a CEPF grant, they have made significant progress. They’ve introduced efficient cooking stoves into local homes and donated a nursery for native trees to Cotapata National Park. In the community of Puina, just inside Madidi National Park, Armonía—with help from the Quechua people—planted more than 25,000 trees.

To travel to Bolivia’s Polylepis forest, your journey begins in La Paz. At 3,631 meters above sea level, the city is considered the highest capital in the world. From there, you go even higher by nursing a four-wheel drive vehicle up mountain road switchbacks for 14 to 16 hours until you arrive in Pelechuco. This is your last chance for a shower. 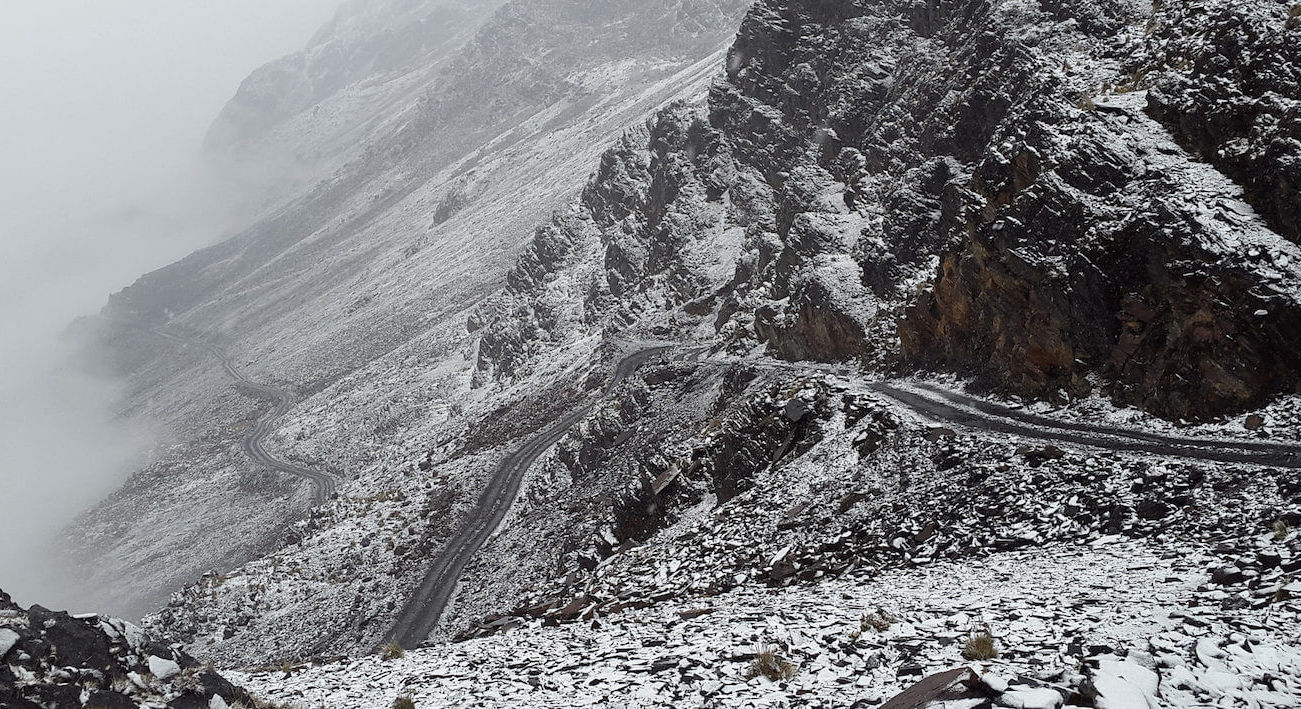 From Pelechuco, the “road,” such as it is, is not paved, and rivers and creeks wash through—your pace slows to a crawl. Wrecked vehicles some 200 meters down the cliff’s sharp edge serve as periodic reminders to stay vigilant.

Once at Puina, you are welcomed with freezing temperatures and gusty winds, maybe a blizzard. You go to sleep—in a sleeping bag on the ground, wearing several pairs of pants and shirts—then wake up before dawn and hike three to four hours. Finally, you have arrived at the Polylepis forest. 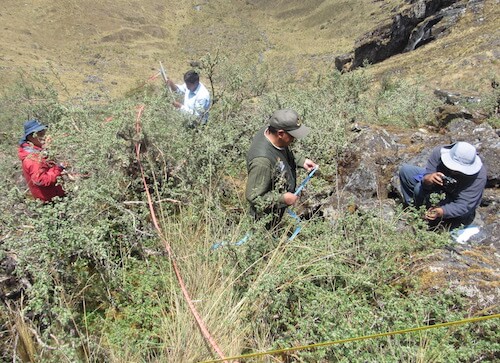 Unbelievably, Armonīa’s project lead Monica San Cristobal Gonzales has made this trip multiple times, often by herself. We spoke with her, via a translator, about the challenges of trying to save the incredibly remote, yet highly vulnerable, Polylepis trees.

A nonprofit organization can’t simply arrive in the region and go to work. Instead, they must secure permits and come to an agreement with the local community. Regardless, it wouldn’t be wise to try to operate without the support of the Quechua community—the forests themselves are not easily found; you need a guide to help you locate them.

Solution: Immerse yourself in the community

“We would eat together. We would work together. We shared all this time together. You become a part of each other’s lives,” she said. “You know their problems, kids, and you move key leaders who then move the whole village. You have to build trust. There was no other special strategy.” 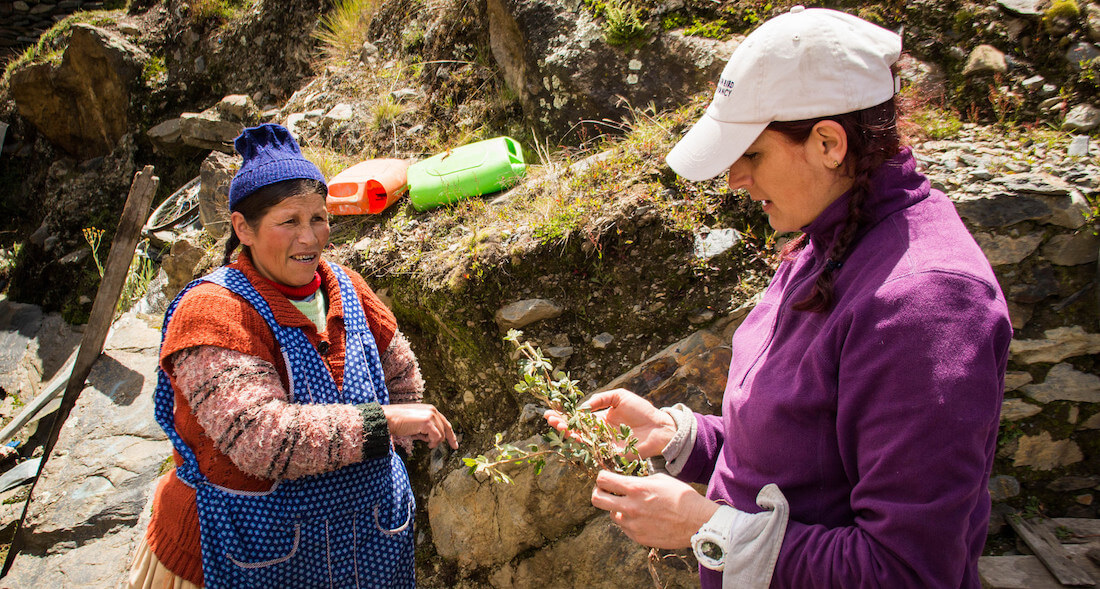 The Quechua communities that Armonía worked with are surviving, but not thriving, which can make conservation seem like a luxury rather than a necessity.

The majority of villagers work at local gold mines and when they don’t go to work, they don’t get paid. So asking them to take time off to volunteer planting trees was not a small request. 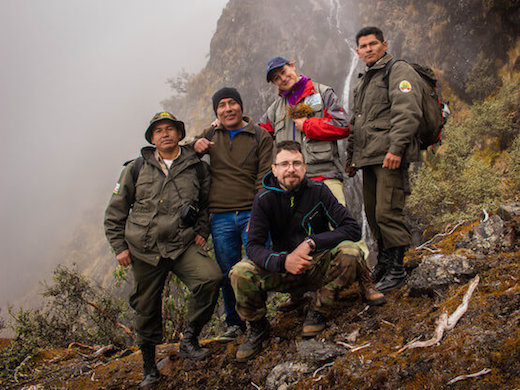 “When people would see video of their neighbor, they would then want to take part in the project,” said San Cristobal Gonzales. “It became stylish to participate.”

Gradually, through San Cristobal Gonzales’s presence and by sharing these communications products, the local attitude toward conservation changed. The community came to understand the importance of the forests for their livelihoods and cultural identities.

For Armonía to accomplish its goals, they needed to have a good relationship with both the state, which manages the national parks, and the local people. Unfortunately, these two groups could agree on little and the relationship was tense.

“We were careful to only deal with forest restoration and not to take part in any other issues [such as mining],” said San Cristobal Gonzales. “What was really interesting is that as the project progressed, the relationship improved and they could sit at the same table.” 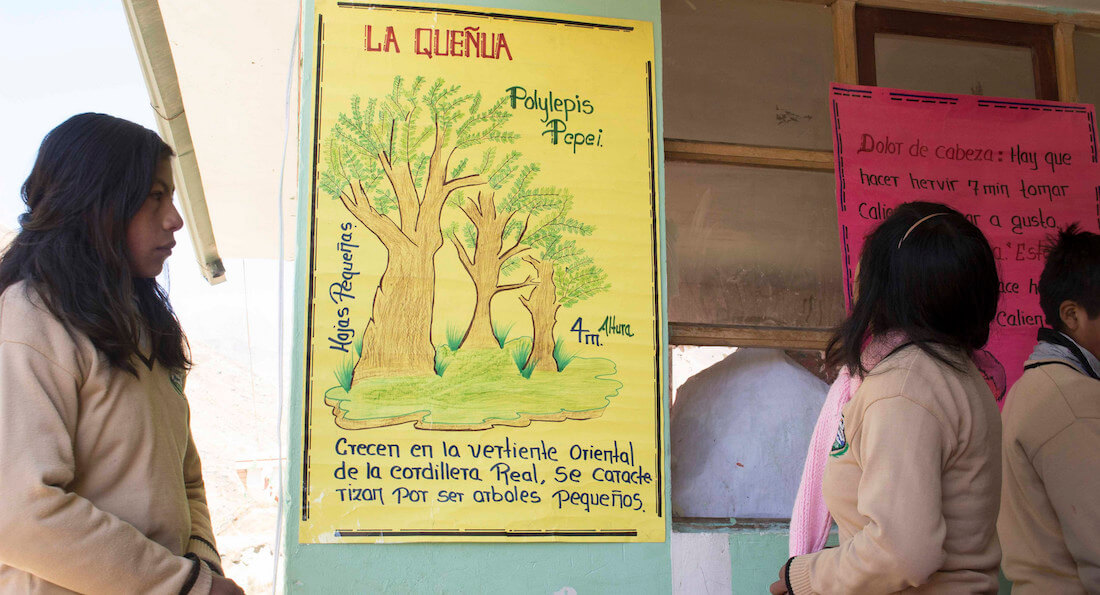 Armonía will not always have a presence in the Puina and Keara villages where they’ve been working. Engaging younger people, therefore, was critical.

“At the beginning, we had no education budget, but we soon realized that it was probably the most important component of the project,” said San Cristobal Gonzales.

Armonía hired a new staff member to develop educational materials and trained local teachers who then translated the material into Quechua and then incorporated it into the official curriculum across the grades. Younger students wrote conservation-themed poems and completed crosswords while older students conducted forest investigations.

“The children have come to identify themselves with the forest’s species,” said San Cristobal Gonzales. “They see them as symbols of their communities.” 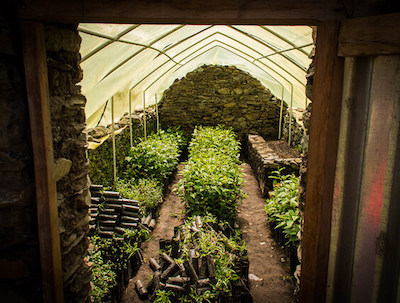 Today, there is a consciousness in these communities regarding the importance of conserving the forests. The communal administration enforces the protection of the restored areas, and people must keep their livestock away from reforested areas. If replanted areas are damaged by livestock, the owner must either restore them or pay a fee.

Local people are now committed to working together on conservation. Armonía continues its efforts in the region, furthering Polylepis restoration and community engagement. They are now helping to establish and manage several new tree nurseries, which will multiply sapling production.