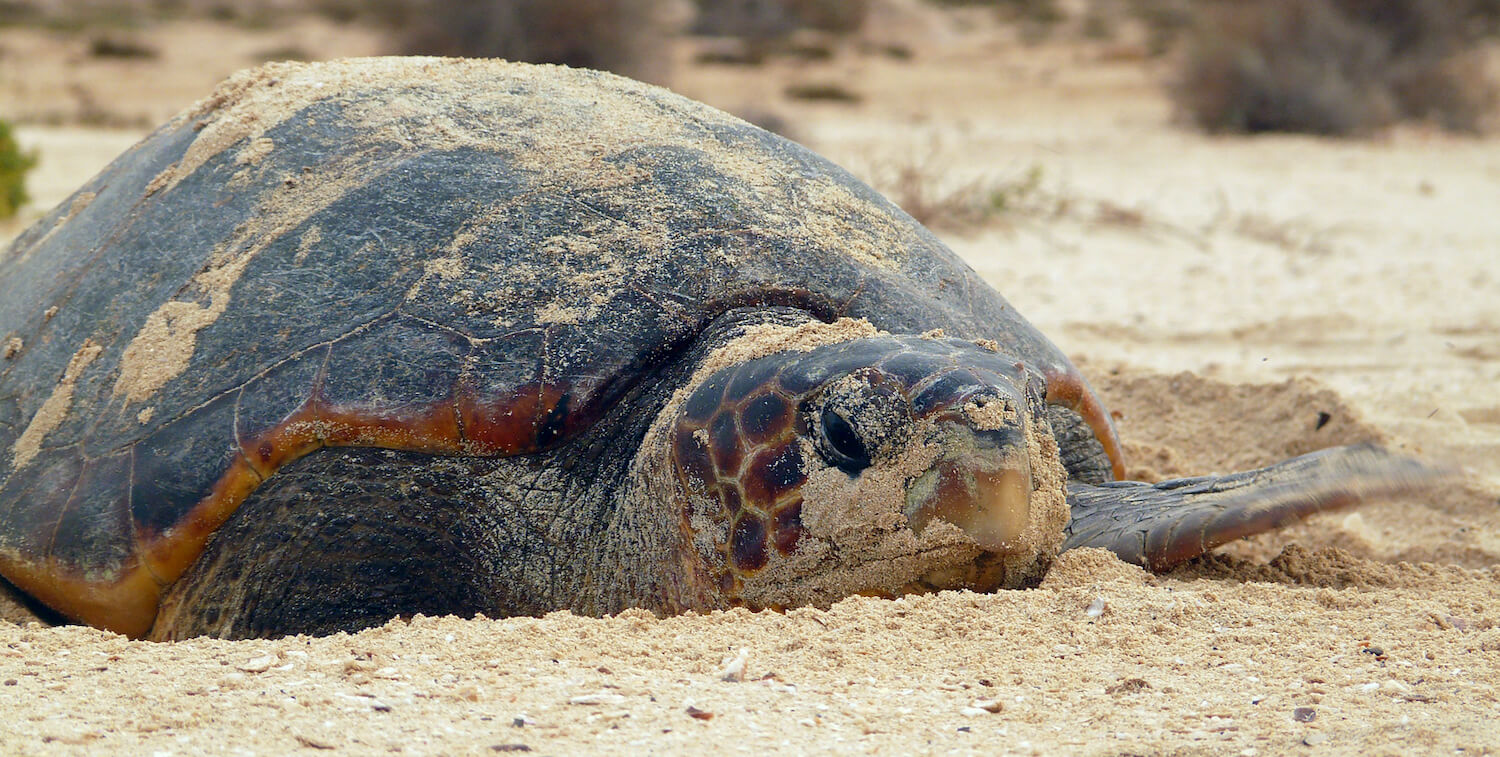 Conservation efforts on the African island nation are paying off

With flailing flippers and sandy, narrowing eyes, a large turtle lies exposed on a Cabo Verdean beach in the dark. The Atlantic Ocean spray smells tantalizingly close, but this female loggerhead (Caretta caretta) is stranded on her back, helpless to her fate. Suddenly, a peculiar whirring sound, then the scuffling of approaching footsteps. Human hands flip her over, and she is free to claw her way back to the safety of the sea. 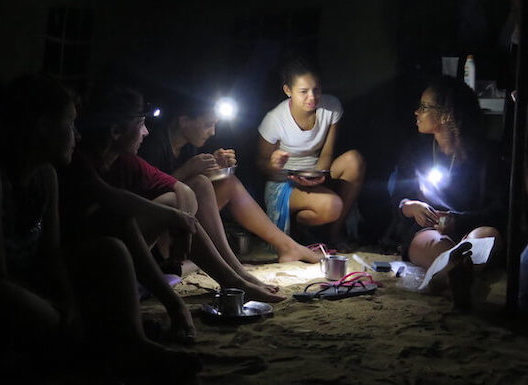 This was the moment a drone saved the life of a turtle. Operated by conservationists Adilson Ramos and Albert Taxonera from Projeto Biodiversidad (a local NGO based on Sal Island), their beach monitoring succeeded in scaring away a poacher, who had flipped the turtle—sadly, a common method used locally to tire and render turtles easier to carry and kill for meat later.

Spotted through the drone’s thermal imaging camera, the man appears orange-red with anger as he curses at the buzzing drone before setting the turtle right and scurrying off.

She was just one of many loggerhead turtles that managed to nest successfully in the western African archipelago of Cabo Verde this year in what has been a record-breaking season. In the 2000s, less than 10,000 nests were counted per year on Boa Vista, the country’s largest nesting island.

Numbers grew in the last decade to over 100,000 for the whole of Cabo Verde in 2018, with the official 2020 count coming in at over 170,000 nests. “Even adjusting for the increase in data over the last few years, this year has been truly exceptional”, said Aurélien Garreau, program officer for Cabo Verde, working as part of the BirdLife International regional implementation team for CEPF. 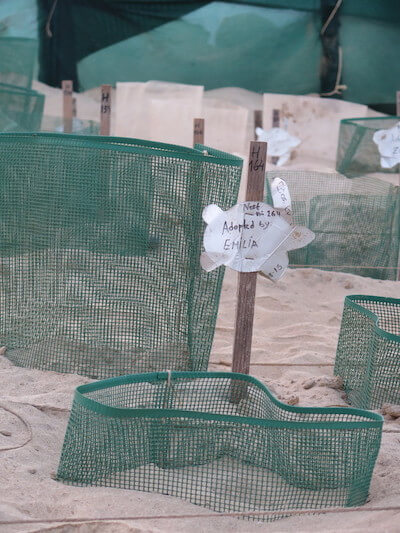 Loggerhead turtles don’t have it easy. They’re globally Vulnerable to extinction and face threats such as development and disturbance of their nesting beaches, bycatch in fisheries, illegal trade, pollution (including plastic and light), climate change, and poaching for their eggs and meat (in Cabo Verde, where the species is nationally Endangered, this is usually by poachers wanting to sell meat illegally, or consumption as a "treat").

Plus, with only one in a thousand turtle hatchlings known to mature to adulthood, increasing nesting success is vitally important to saving the species. But on hot Cabo Verdean beaches, patrolling and scientific monitoring work is not easy. "Headstarting" is also important and involves moving vulnerable nests to simple beach hatcheries protected from dogs, predation and flooding, giving hatchlings the best possible chance of making it to the ocean.

Media attention has recently credited a lack of tourists for increased turtle nesting success elsewhere in the world. While that may be a factor for some Cabo Verdean beaches, many are in more remote areas where COVID-19 restrictions on group numbers and the usual support of international volunteer schemes actually made it harder for NGOs to patrol. Thus, the innovative use of a drone clearly had a positive impact on Projeto Biodiversidad’s work. 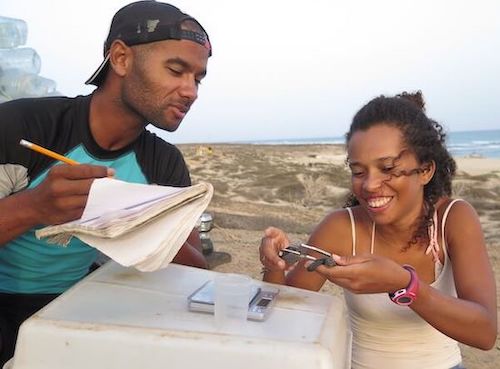 Overall, and despite COVID-19, it’s the consistency and dedication of the work of many local civil society organizations both on and off the beach that has made the difference for this year’s record nesting success. A total of five such Cabo Verdean NGOs—including BiosCV, Biosfera, Fundaçao Tartaruga, Projeto Biodiversidad and Projecto Vito—have been supported by CEPF, with Biosfera also supported by BirdLife directly through Hatch (for drone training, now underway, and organizational development).

Year after year, they have been out on beaches, talking over tea with fishermen, raising awareness in schools and tourist complexes, being interviewed on national TV, and meeting government officials. You may be wondering why the poacher turned the turtle back over; work by these NGOs successfully persuaded the Cabo Verdean government to pass a breakthrough law against turtle poaching in 2018, with prison sentences. This has been fundamental to enforcement, with the police even counting on NGO patrols for convictions.

But don’t let this paint an NGO-versus-local-people picture because that’s far from the truth. Local people are much involved with beach patrols in marine protected areas on Sal, Santa Luzia and Boa Vista, and the NGOs develop opportunities for fishing communities such as ecotourism (homestays, guiding) and activities on sustainable fishing.

“Thanks to awareness and engagement work, there has been a change in the Cabo Verdean societal vision of turtles to one of pride, and their relation to economic opportunities too”, Garreau said. Loggerheads take over 20 years to reach maturity and return to the same beaches to nest. The immense effort and selfless dedication put in by these NGOs to increase hatching success and community support today will hopefully continue to pay off in years to come.