Home > Stories > Could Cocoa and Coconut Save the Roloway Monkey? 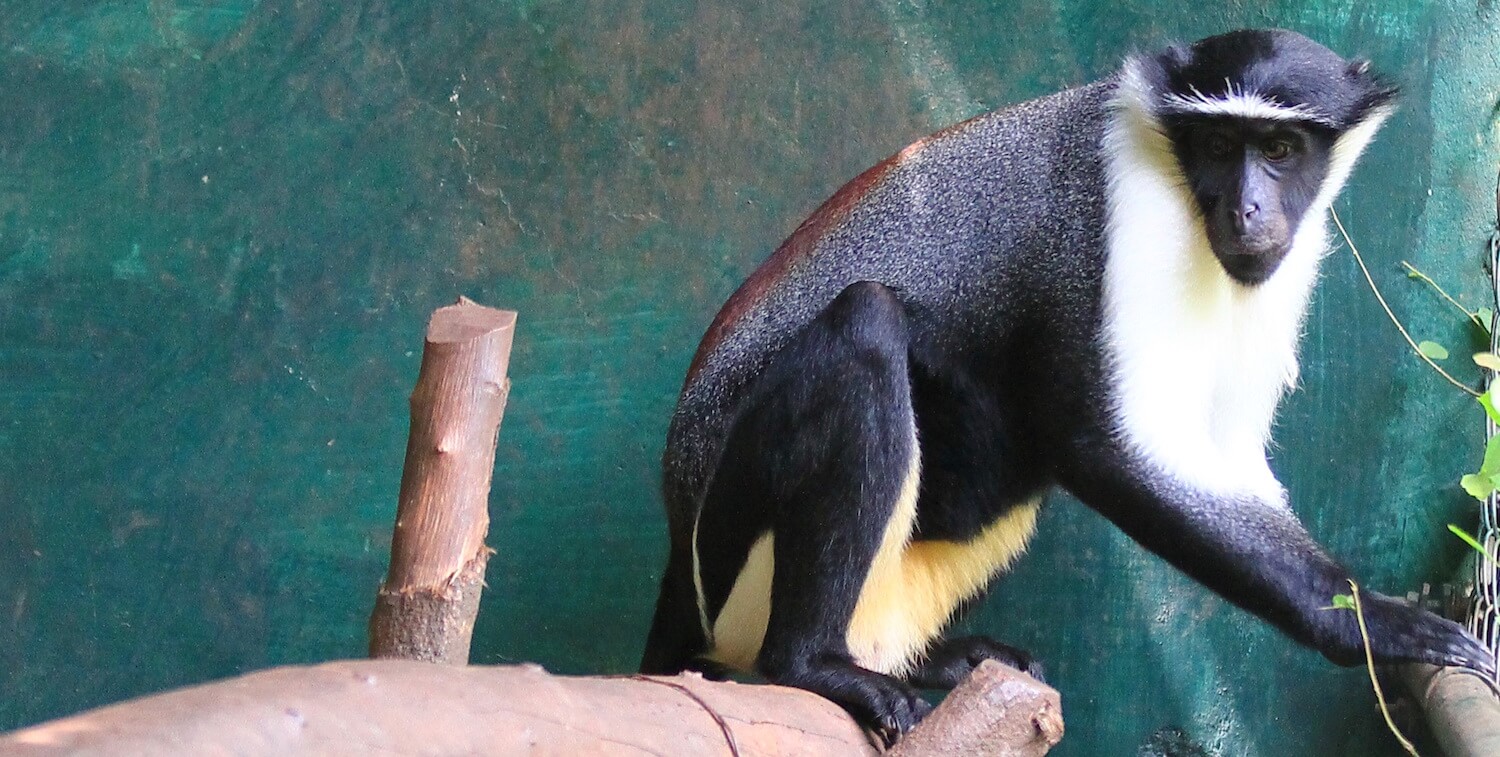 Could Cocoa and Coconut Save the Roloway Monkey?

In 2012, a group of conservationists from West African Primate Conservation Action (WAPCA) were trekking through Ghana’s Kwabre Forest, conducting field work, when they spotted something incredible high up in the trees: a large, black-and-white monkey with a long, distinctive beard ... a roloway (Cercopithecus roloway).

The Endangered monkey wasn’t supposed to be there at all—only some 200 were known to exist in the wild, and the species was thought to be completely extinct from Kwabre. With the WAPCA discovery came renewed hope for the roloway. 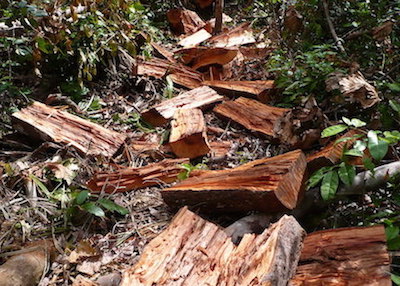 Kwabre Forest is separated from Côte d’Ivoire’s Tanoé Forest by the narrow Tanoé River. Together, these two swamp forests hold an astounding amount of primate diversity.

In addition to the roloway, the Endangered white-naped mangabey (Cercocebus lunulatus) and white-thighed colobus (Colobus vellerosus) are found here.

The populations of these species are shrinking, though, and the extinction of all three is a real possibility. Just last month, the IUCN Red List of Threatened Species announced the roloway was no longer considered Endangered, but Critically Endangered.

The reason? Struggling communities surrounding the two forests depend on natural resources for survival. They hunt the monkeys for food and to sell as bushmeat, and they cut down the forest’s trees for supplies. Commercial loggers and miners coming from outside the communities cause even more devastation.

“Local people may not have a formal education but, living among the forest for centuries, they understand the importance of the role of flora and fauna,” said WAPCA’s Andrea Dempsey. “However, extreme poverty and the need to feed their families drives people into the forest to extract unsustainably.” 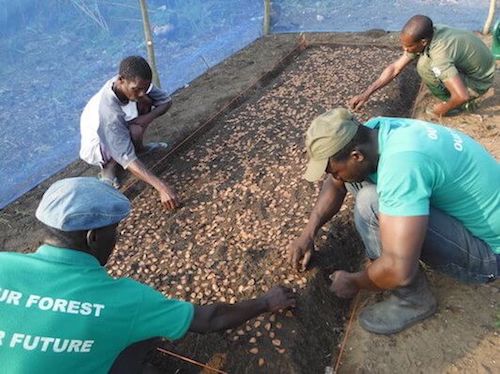 The local people recognized the predicament they were in and went to WAPCA directly for help. WAPCA partnered with the nonprofit Noé’s Man & Nature Programme, which provided expertise and also secured a grant from CEPF to help fund the project.

Their approach was to use “green value chains,” focusing on two products: organic cocoa and coconut.

For cocoa, the project is helping farmers through the three-year process of becoming certified as organic. The farmers will then receive top price for their produce through the Ghanaian company Yayra Glover.

The organic certification process for coconut farmers was quicker, and they have already begun selling their harvest to Ghana-based Savannah Fruits Company to be made into coconut oil.

In addition, the project is constructing its own coconut processing center, which is expected to begin operation this November. 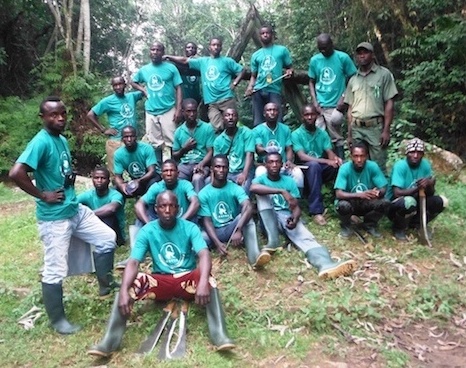 “Having our own community-processing center will not only mean our project farmers receive a premium for organic coconuts, but the women of the communities can be employed to process the oil,” Dempsey said. “Providing women with opportunities to be financially empowered gives them independence to make choices on how they live and what they buy, and allows them to make a contribution to their family's well-being.”

The new cocoa and coconut green value chains are not only helping protect the forest and increasing the income of individuals, they are also contributing to the conservation fund of the Ankase-Tano CREMA—a community-based organization responsible for management of the local natural resources.

As part of the arrangement to receive the organic cocoa and coconuts, Yayra Glover and Savannah Fruits Company support the CREMA which, in turn, organizes conservation activities such as building tree nurseries and arranging weekly forest patrols.

CEPF funding, through Noé, is also helping CSRS (Centre Suisse de Recherches Scientifiques), with similar initiatives on the Côte d’Ivoire side of the forest.

By addressing the root causes of the forest destruction and developing solutions to them—and by supporting the CREMA, which puts the protection of natural resources directly into the hands of local people—WAPCA and its partners have helped give a chance to the species that depend on Kwabre-Tanoé Forest, including those long-bearded monkeys high up in the trees.