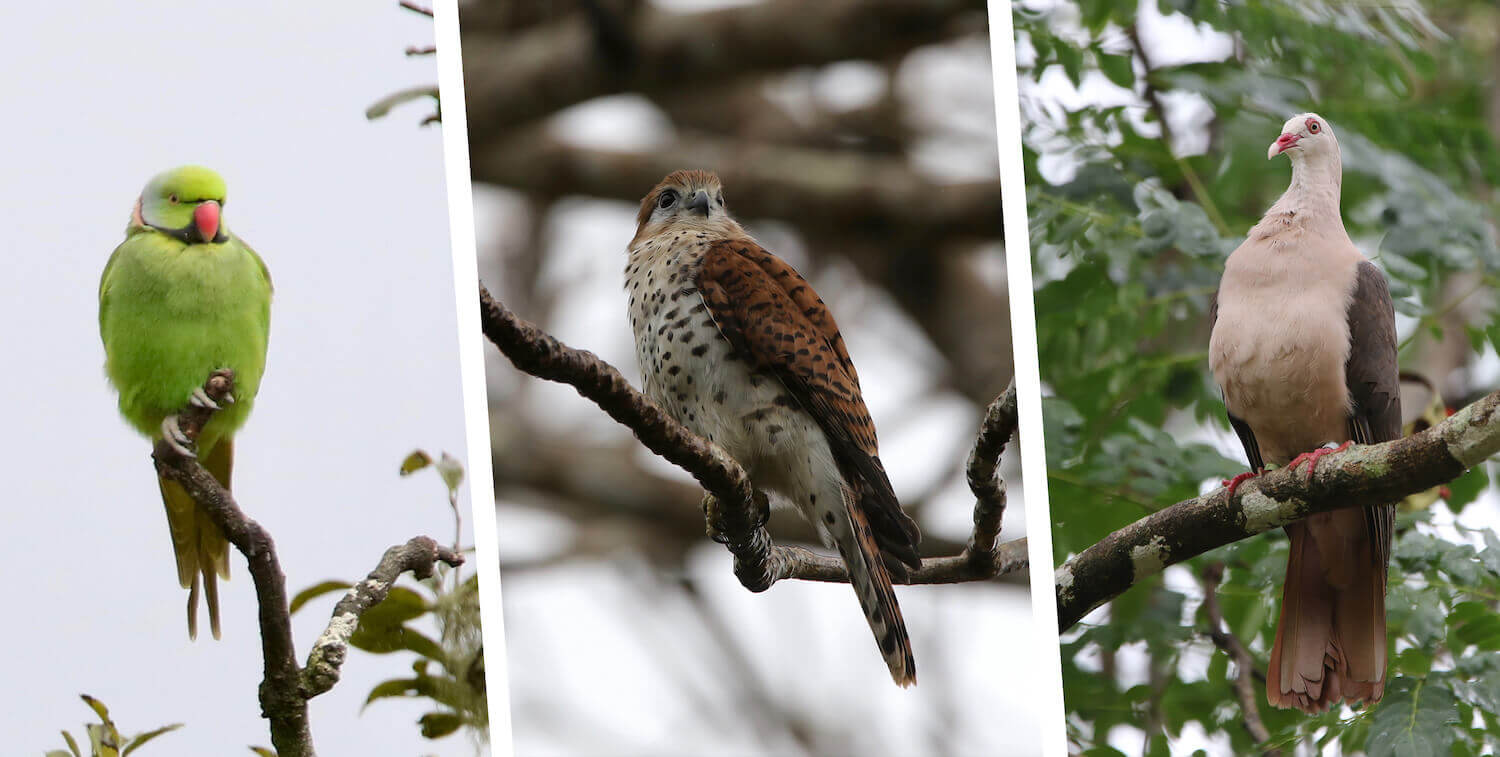 Saving the Birds of Mauritius

How conservationists brought 3 species back from the brink

There’s perhaps no species more emblematic of extinction than the dodo. The flightless bird disappeared from the island of Mauritius—a speck of land in the middle of the Indian Ocean, some 500 miles from Madagascar—in the late 1600s, following Dutch colonization.

About 300 years later, three other endemic birds found on Mauritius were facing a similar fate. 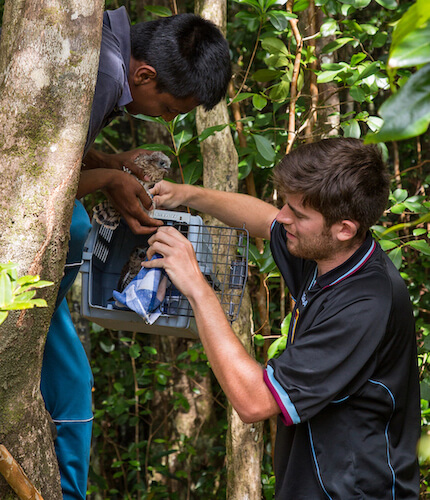 The population of the Mauritius kestrel (Falco punctatus) fell to four individuals by 1974. The following decade, the number of remaining echo parakeets (Psittacula eques) could be counted on two hands. The pink pigeon (Nesoenas mayeri) soon followed suit, with nine remaining by 1990.

The specific reasons behind these numbers varied by species but were generally the result of degraded native forests—and a consequential lack of food—as well as non-native predators like cats and mongooses.

Fast forward to today, and the outlook of the three species is far more encouraging. Each population can now be counted in the hundreds instead of the single digits. What’s more, the echo parakeet and pink pigeon were both recently “down listed” on the IUCN Red List of Threatened Species from Endangered to Vulnerable—an important indicator of success for conservationists and the government of Mauritius.

This work, however, is far from over.

Those first years, conservationists were in crisis mode.

“When you have very few individuals left, every single bird counts, and you have to save every single one of them,” said Vikash Tatayah, conservation director of CEPF grantee Mauritian Wildlife Foundation (MWF). “It’s important not to study the species for too long and waste time.”

Scientists coaxed those few remaining birds into producing eggs and prepared chicks for release, while simultaneously dialing in on threats, observing birds in the forest, and figuring out what needed to happen for the birds to breed in the wild. 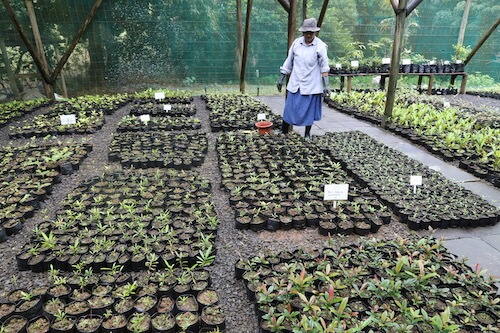 Mauritius is considered one of the most degraded islands on the planet. For the birds to thrive, the decimated ecosystem needed to be systematically restored. Non-native plant species would need to be removed, making way for native species to be planted and then given time to grow. In the meantime, the birds released into the wild would require supplemental food to survive.

“When we take on a project, we are fully aware that we are ‘stuck’ with the project for good or for bad, for many decades,” Tatayah said. “It can be daunting to a funder.”

When CEPF began investing on the island in 2015, it had been several years since MWF had had the needed funds to introduce birds into the wild.

With the new CEPF funding in place, MWF conducted releases of all three species: Mauritius kestrels were introduced at Bel Ombre and echo parakeets and pink pigeons to Ferney Valley and Ebony Forest.

Bolstering the number of birds will do little good long-term, however, if there’s not support by the community at large. Conservationists are tackling that challenge in a number of ways.

Established in 1984 by a group of international scientists—including the now legendary Carl Jones who is largely credited with spearheading Mauritius’ conservation efforts—MWF has increasingly employed local people. Though they often go on to other jobs—as teachers, bankers, accountants—Tatayah said that these former employees and volunteers continue to support the organization’s mission.

“They keep MWF in their hearts,” he said. “We have allies in governments, other NGOs, the private sector and the community. It is far easier dealing with an ex-colleague, someone who understands conservation and the organization.”

Despite this growing group of allies—as well as support from and a good working relationship with the country’s government—more people need to be reached. 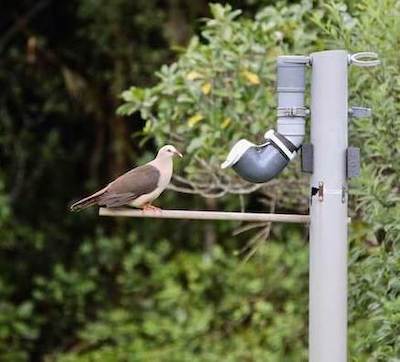 With the help of CEPF funding, Ebony Forest developed a conservation training center where visitors learn about the island’s biodiversity, the differences between native and exotic fauna and flora, as well as current conservation efforts.

“The period when it was just simply giving a check is over,” Tatayah said. “Corporations will provide funding, but they want to know how it’s being used, and they want their staff to be engaged.”

Despite these accomplishments, Tatayah said success in protecting the birds is not guaranteed.

The lack of genetic diversity for each species—which makes them especially vulnerable to disease—is one hurdle that can’t be escaped, only managed.

Mauritius’ rapid development, meanwhile, keeps conservationists “on their toes,” as Tatayah put it.

Non-native species finding their way onto the island is also a constant concern as is, increasingly, climate change.

“I’m not going to pretend the future is not going to be challenging,” Tatayah said. “But we’ve come a long, long way.”

Aichi Target 5: By 2020, the rate of loss of all natural habitats, including forests, is at least halved and where feasible brought close to zero, and degradation and fragmentation is significantly reduced.

Aichi Target 12: By 2020 the extinction of known threatened species has been prevented and their conservation status, particularly of those most in decline, has been improved and sustained.