Home > Stories > Taking A Stand To Bring Back Haiti’s Trees 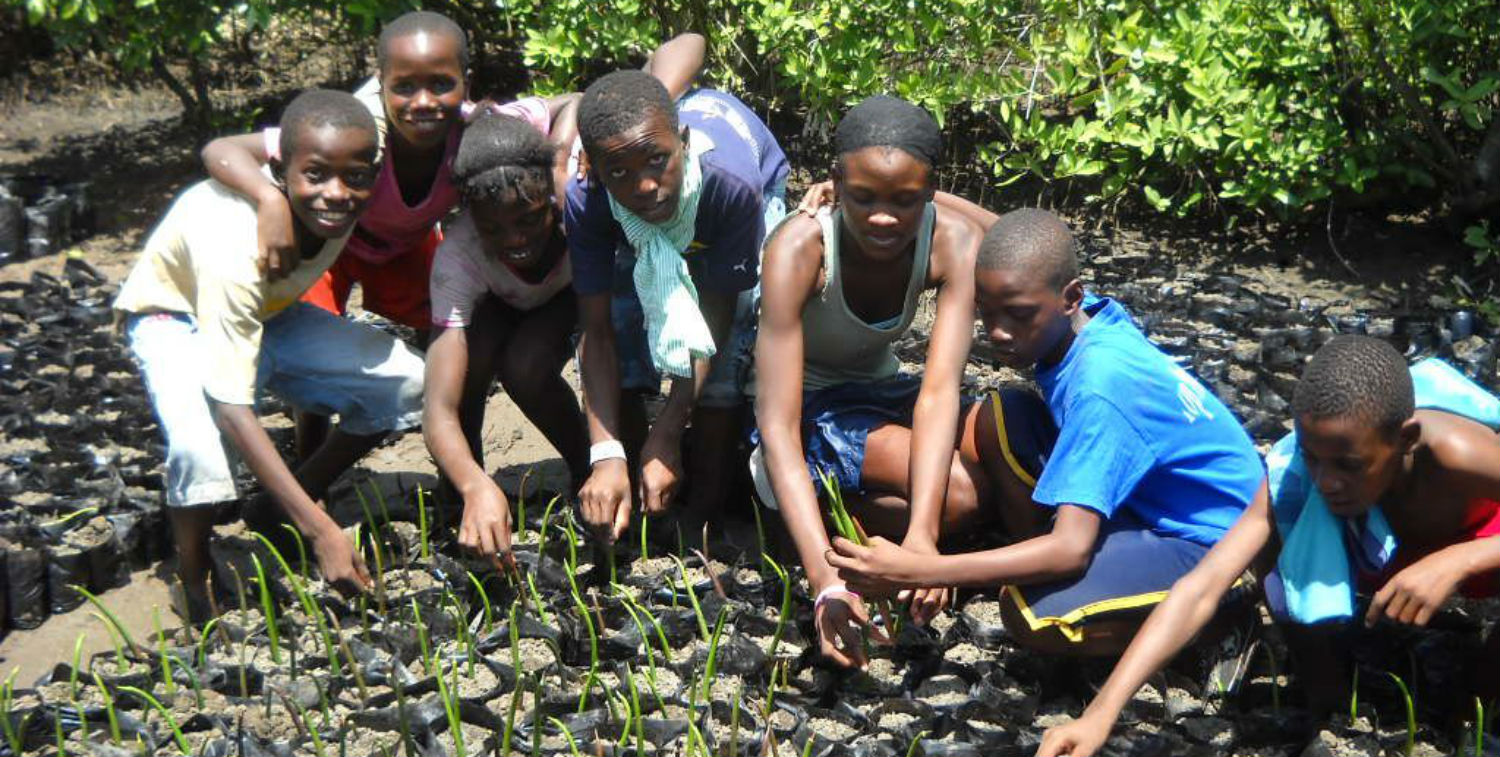 Taking A Stand To Bring Back Haiti’s Trees

Earth Day 2016’s theme is Trees for the Earth. People everywhere are looking to the trees to protect not only the global climate, but also local ecosystems. Trees give us oxygen, store excess carbon from our atmosphere and provide food and shelter for forest inhabitants ranging from the unassuming eastern chipmunk (Tamias striatus) to the mighty western gorilla (Gorilla gorilla, Critically Endangered).

For everything that trees give to us, we often undervalue them. We cut masses of trees down for fuel, timber and to make room for future development, undercutting forest ecosystems and the services those ecosystems provide.

Nowhere is this more true than in Haiti. Today, only 2 percent of the country’s original forest cover remains. This mass deforestation has caused soil degradation, erosion, flooding, degraded water quality, increased pressure on wildlife, and increasing reliance on unsustainable resource gathering by local communities who are struggling to survive. There is, however, hope for Haiti’s forests. Several local nongovernmental organizations (NGOs) are working to bring back the trees. 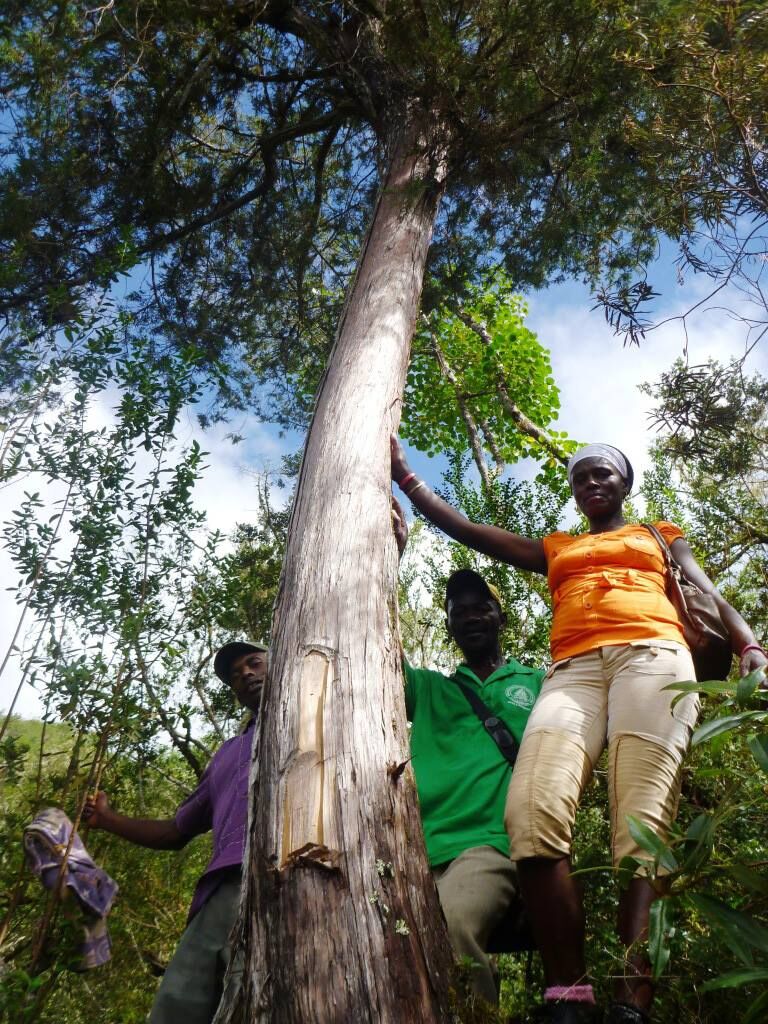 In 1992, Jean Wiener started Fondation pour la Protection de la Biodiversité Marine (FoProBiM), the only local NGO dedicated to protecting Haiti’s coastal and marine ecosystems. With help from a CEPF grant, FoProBiM started a program to revitalize Haiti’s dwindling mangrove forests. In partnership with more than 400 local individuals, adults and children, FoProBiM has established two nurseries where an initial 10,000 red mangrove trees (Rhizophora mangle) were grown. As the mangroves matured, they were replanted in natural coastal areas. FoProBiM aims to protect 800 hectares of mangroves through a combination of replanting, implementing new laws and educating communities on the benefits of the mangroves. Coastal mangrove stands are important for Haiti because they provide a nursery for young fish and serve as a barrier between the land and the open sea, shielding the coast from large waves. They are important on the global scale because mangroves sequester 50 times more carbon than the equivalent area in tropical forests. Losing our mangrove forests around the world means losing a powerful ally in the fight against global climate change.

Another Haitian NGO doing its part to fight the country’s rampant deforestation is Organisation des Paysans pour le Développement de l’Unité II de la Forêt des Pins (OPDFM). OPDFM operates within Haiti’s Unit 2 Pine Forest Natural National Park, one of the last minimally fragmented forests in the country. Using a grant from CEPF, 227 hectares of the forest were reforested with native species, including 100 hectares of Endangered Hispaniolan pine (Pinus occidentalis). OPDFM protected an additional 247 hectares of existing broadleaf forest by halting destructive practices within the forest, and worked with French NGO Arche aux Plantes (AAP) to protect a species of juniper known as Juniperus eckmanii, which is found only in Haiti. This species is so rare that only seven trees are known to exist. Together, OPDFM and AAP have given special protection to the sites of the surviving eckmanii specimens, the locations of which are a closely guarded secret, and they have started a propagation program in France in the hope that one day the forest dwellers of Haiti will find shelter and sustenance in the shade of Juniperus eckmanii once again. 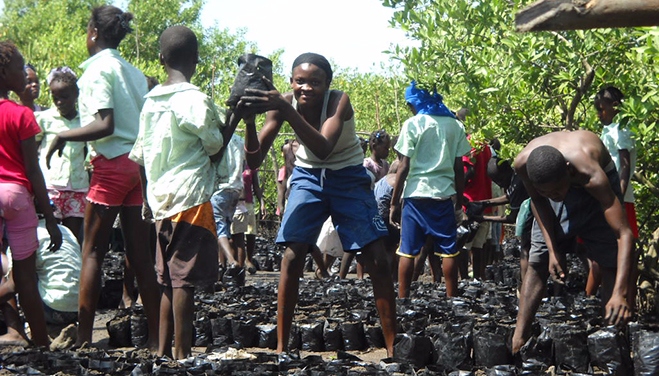