Home > Stories > In Transforming a Community, CEPF Grantee Transforms Its Own Organization 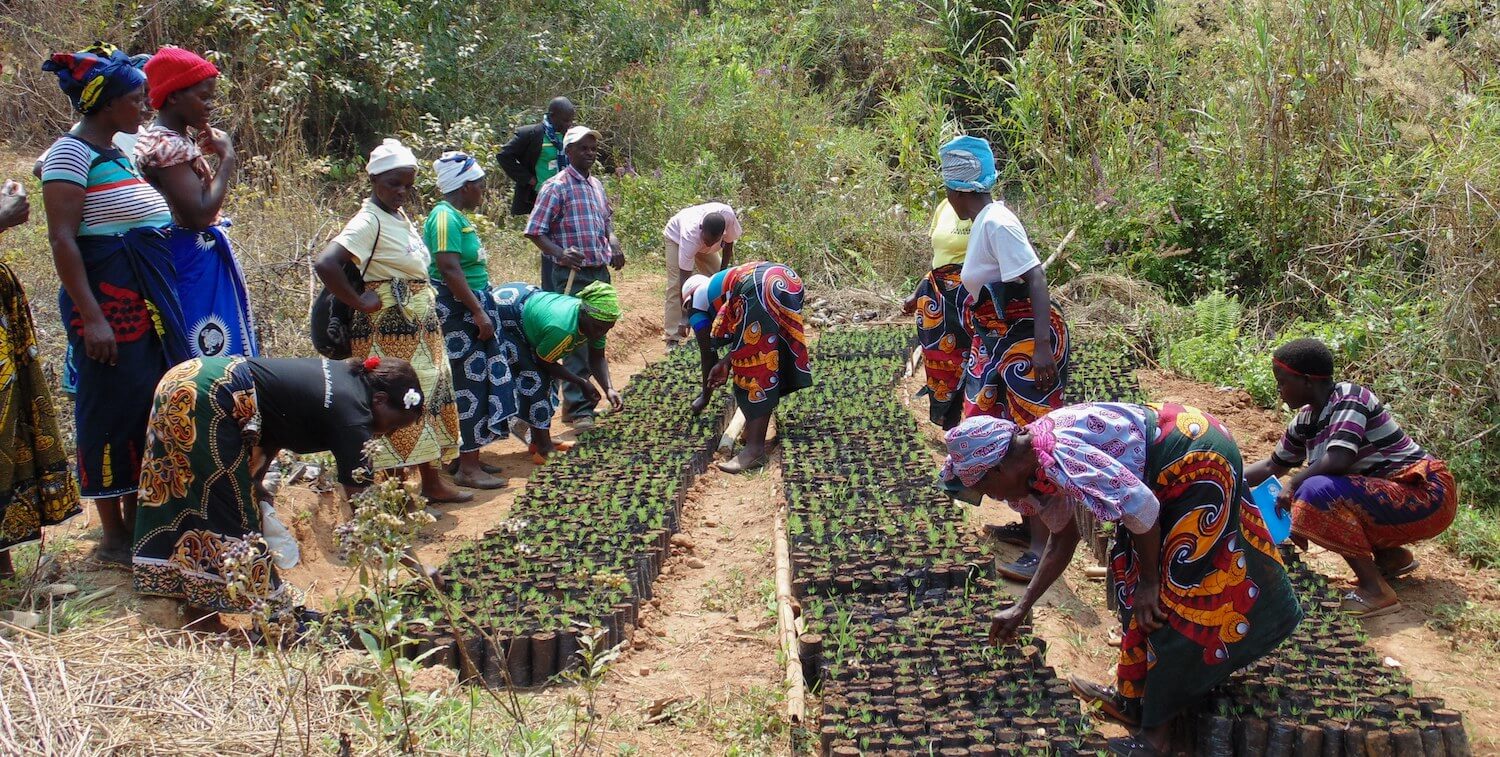 In Transforming a Community, CEPF Grantee Transforms Its Own Organization

In northern Malawi, near the Tanzanian border, lie the remote forests of Misuki Hills. At least 100 bird species are found here—the martial eagle (Polemaetus bellicosus) and blue swallow (Hirundo atrocaerulea), both threatened, among them.

More than 150 different tree species, live here, too, including strangler figs, whose intricately patterned roots begin in the tree canopy and descend toward the forest floor. A strangler fig wraps around another tree so completely that the host typically dies. 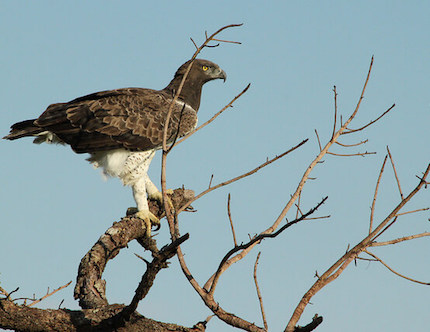 For the 7,000 people who live in the Misuki Hills, their livelihoods are inextricably linked to the forest’s resources—they use its animals for sustenance, its land for agriculture and its wood for fuel.

But these communities were becoming like the strangler fig—constricting and pressuring the forests—until Malawi-based organization Action for Environmental Sustainability (AfES) helped shift the local relationship so that both communities and biodiversity could thrive in tandem.

Though Misuku Hills had been classified as a Key Biodiversity Area, little was being done to protect it.

“Stakeholders were unaware that some plants, birds, insects and mammals are found only in the Misuku area,” said Daniel Mwakameka, executive director for the Malawi-based organization Action for Environmental Sustainability (AfES). “As a result, there were no efforts by stakeholders to participate in the conservation and monitoring [of the area].”

With help from CEPF funding, AfES set out to show people how incredible their local ecosystem was and how important it was to protect.

The organization was well-positioned in this role: Several AfES staffers came from Misuku Hills communities themselves. Not only did this help with communicating—the Bantu languages Ndali and Sukwa are spoken in the region— but, according to Mwakameka, it also helped gain buy-in from the community. “[These staff members] were trusted and served as role models,” he said.

Mwakameka also emphasized the importance of receiving free and prior informed consent. “AfES sought consent and engaged community members, traditional leaders, the local forest management board, block committees, village natural resources management committees and other stakeholders at all stages and in all activities of the project,” he said, adding, “This was also done in respect to gender equality.”

The AfES project targeted its efforts in communities near three forest reserves—Wilindi, Matipa and Mughese. The organization produced T-shirts, posters, newsletters, traditional dances using music about conservation and even “open-air” campaigns via a public-address system to promote the importance of the local natural resources.

“People of Misuku Hills were very excited to learn about the incredible biodiversity in the area,” Mwakameka said. “It raised their hopes that Misuku Hills could be a potential site for tourism and investments. They have something unique and of great value in their community that can put them on the map.”

Still, raising awareness was only half the battle. Misuku Hills communities are impoverished and if people were going to decrease pressure on the forests, they needed alternative livelihoods.

AfES introduced the concept of village saving and loan associations, known as “village banks,” which had been implemented in other parts of Malawi but never Misuku. Village banks require members to contribute to the group’s fund. The accrued interest is shared among members after a specified end date.

Members are also able to receive short-term loans from the village bank with an agreed-upon interest rate. They can use these loans to develop small businesses that don’t rely on forest products. Some members have opened grocery stores, for example, while others have started food production with pigs and goats.

AfES helped establish 20 banks, with approximately 25 members each, in Misuku Hills. To join, each member signed an agreement promising to avoid activities that degraded the forest. Ten percent of a village bank’s accumulated interest is used for conservation initiatives—each has established a wood lot and tree nursery. The wood is available for free to members and sold to non-members, helping to both prevent deforestation and earn funds.

Creating a Culture of Conservation

The village bank system has increased the saving culture in Misuku Hills and, by providing business loans, offered opportunities for entrepreneurship. 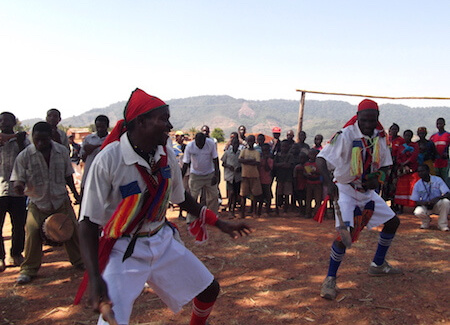 Some 500 jobs and counting have been created from the banks; 60 percent of jobs established through village-bank loans have been filled by women.

Women in Misuku Hills are intimately involved in forest-related activities, like collecting fuel wood from the forest, for example. “[Women] are the ones who know the forest and the issues affecting it better than anyone,” Mwakameka said. “Their contributions to this project brought a lot of insight and were very constructive.”

Five village bank groups learned how to produce fuel efficient stoves, which use up to 80 percent less firewood compared to open-fire cooking. Those who were trained to create these eco-stoves were tasked with sharing the knowledge with the remaining groups.

AfES also trained 630 farmers in conservation agriculture. They learned different ways to better conserve soil so that they wouldn’t need to cut down more forest for agriculture. “[This has] tremendously reduced encroachment into the protected areas and contributed to the conservation of around 2,768 hectares,” Mwakameka said.

Going Beyond the CEPF-Funded Project

The CEPF grant was the first large grant AfES received since its inception in 2007, and the organization used it as a springboard for growth. AfES has since received US$400,000 in additional funding from other donors.

“The CEPF grant affected AfES tremendously in that the organization’s capacity improved regarding planning, management, monitoring and evaluations of conservation projects,” Mwakameka said.

Beyond the grant, AfES participated in various trainings conducted by CEPF’s regional implementation team (RIT) in the Eastern Afromontane Biodiversity Hotspot. These included workshops on how to integrate rights and social issues into conservation, how to effectively manage conservation projects, and how to design a successful conservation project.

AfES has expanded from working in two districts in Malawi to five, including establishing new offices in neighboring Tanzania and Mozambique.

“AfES is an excellent example of how an organization can take full advantage of their CEPF grant and the additional opportunities that are available to them as a result,” said Maaike Manten, Eastern Afromontane RIT leader. “Through their CEPF-funded project, they’ve helped both the Misuku Hills community and their own organization thrive. You can’t ask for much more than that.”