Home > Stories > What is a Key Biodiversity Area? 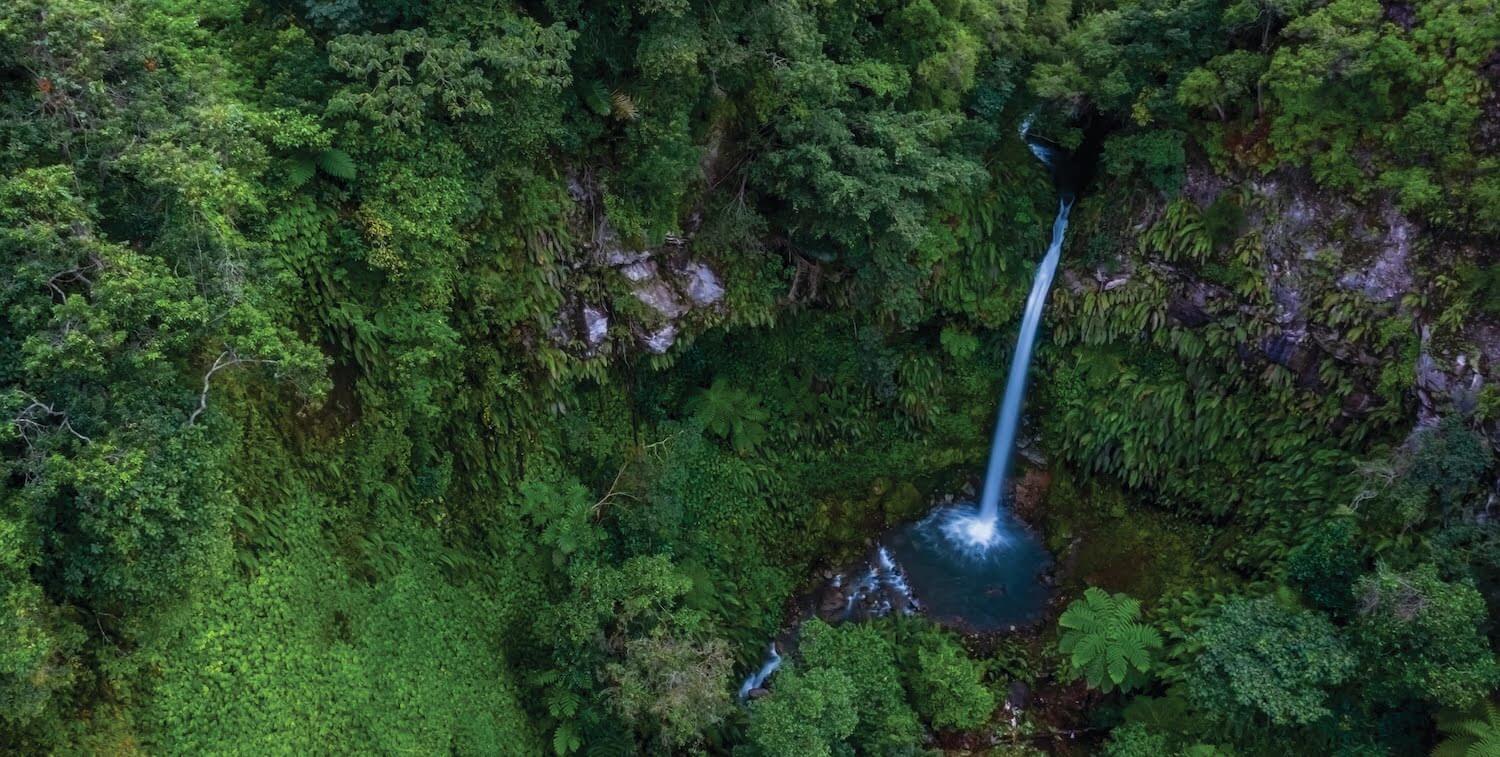 What is a Key Biodiversity Area?

The answer to that and all your other KBA-related questions

Protecting and safeguarding Key Biodiversity Areas (KBAs) might be our best chance of reversing the catastrophic biodiversity loss that the planet is currently experiencing.

But what are KBAs, how are they identified and how exactly do they benefit conservation? With the help of KBA expert Penny Langhammer, we answer those questions and more.

What is a Key Biodiversity Area?

The official definition is “a site that contributes significantly to the global persistence of biodiversity.” This can mean that the site contains many unique species. It can also mean that the site is home to one species found either nowhere else or in only a few other places.

Whether a site is located in a desert or in the middle of the ocean, the KBA recognition indicates that it’s a place that’s important for the planet’s overall health.

What criteria does a site need to meet to be considered a KBA?

There are 11 criteria grouped under five categories, which can apply to any and all taxonomic groups (i.e., species) as well as ecosystems.

A site needs to meet the thresholds for at least one criterion to qualify as a KBA. In a nutshell, the five categories are: 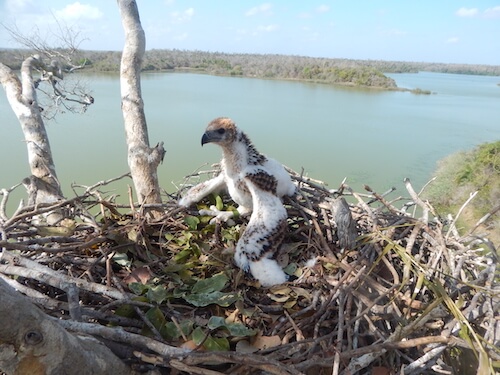 1.  Threatened biodiversity: The site holds species at risk of extinction or ecosystems at risk of collapse.

2. Geographically restricted biodiversity: The site holds species or ecosystems found in only a few other places on Earth or, sometimes, nowhere else.

4. Biological processes: The site holds a significant proportion of a species’ population during one or more of its life stages (e.g., during nesting), making it important for that species’ continued survival.

You can find much more in-depth descriptions about the criteria in this IUCN document.

How did the KBA concept come about?

The organization BirdLife International began identifying Important Bird and Biodiversity Areas (IBA) more than four decades ago. This concept of determining important places was a huge hit and led to the development of similar approaches for other taxonomic groups, such as plants, butterflies, and freshwater and marine biodiversity.

While these designations did lead to the identification of additional sites of importance for biodiversity, it was causing a fair amount of policy confusion, with overlapping sites identified using slightly different criteria. Ecosystems, meanwhile, weren’t considered at all.

At the World Conservation Congress in Bangkok in 2004, IUCN members recognized the need for a “unifying framework,” an overarching set of criteria that could be applied across taxonomies as well as ecosystems.

IUCN led a global consultation process to consolidate the criteria and methodology for identifying KBAs and, in 2016, the global KBA Standard was unveiled.

Who can determine if a place meets the KBA Standard?

Anyone or any group is able to propose a site as a KBA. Usually, new KBAs are submitted by regional or national groups consisting of NGOs, government agencies and/or academics.

“It’s most efficient if a KBA National Coordination Group is formed and does a national assessment,” Langhammer said, mentioning that Canada, South Africa and Australia are currently undergoing their own country-wide evaluations. Uganda and Mozambique submitted KBA proposals based on national assessments last year.

With that said, if someone is passionate about protecting one particular site and wanted to ensure it was globally recognized, they could apply the KBA criteria to that site alone and submit it for review.

What are the benefits of a site being recognized as a KBA?

Protected area coverage of KBAs is a formal indicator for targets under UN Sustainable Development Goals 14 and 15 as well as the Convention on Biological Diversity Aichi Target 11. 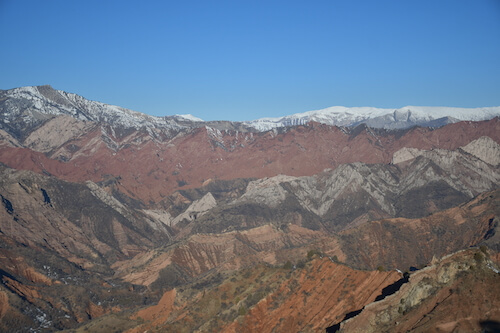 Caption:
KBAs can be on top of a mountain, on the bottom of the ocean or anywhere in between.
Credit:
Baljuvan KBA, Tajikistan. © ANCOT

For national governments who have committed to expanding protected areas through these indicators, this means that protecting KBAs is a great way for them to meet their global commitments.

If a site is recognized as a KBA, that can be hugely influential to private sector companies and financial institutions who have committed to the Equator Principles—a framework to minimize the environmental and social risks of a project.

This provides strong incentives to companies seeking international financing to avoid environmentally destructive impacts in these areas and to ensure that the species or ecosystems that trigger KBA status are maintained.

How many KBAs are there?

To date, more than 16,000 KBAs have been mapped worldwide, with many more to be identified.

The Key Biodiversity Areas Partnership—comprising 13 of the world's leading nature conservation organizations, including CEPF—is working to identify, map, monitor and conserve KBAs around the globe. This includes making sure that the global KBA data set is comprehensive across countries, taxonomic groups and ecosystems.

CEPF has been at the forefront of broadening the identification of KBAs for taxonomic groups that are less often included, such as amphibians, plants and invertebrates.

Is it harder to identify KBAs in certain places compared to others? 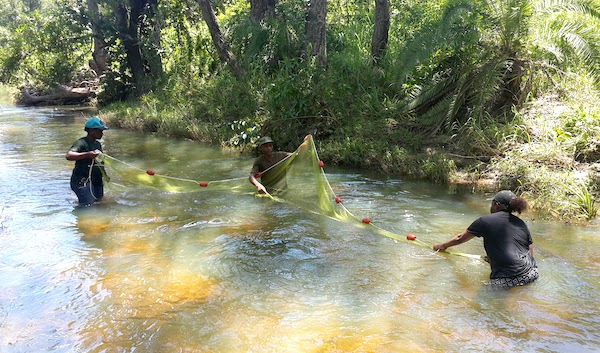 Some regions of the world have good data on their species and ecosystems while others are poorly known.

“Places that are very remote or where there hasn’t been recent work to survey biodiversity, those are really challenging,” Langhammer said.

Marine environments, particularly the deep ocean, have proved particularly daunting, though Langhammer noted that ways to measure biodiversity at these sites are being developed.

Countries experiencing conflict that prevents conservationists from safely going out into the field prove difficult as well.

How do other designations, such as Ramsar Sites, IBAs and AZE sites, compare to KBAs?

The KBA designation builds on the Important Bird and Biodiversity Area (IBA) framework, so all IBAs are by definition KBAs.

Many Ramsar Sites are also KBA sites. Ramsar sites make use of KBA data to help inform their designation, but the criteria don’t 100% overlap; the Ramsar benchmarks are a little bit broader.

Alliance for Zero Extinction (AZE) sites are the subset of KBAs holding the last remaining population globally of a Critically Endangered or Endangered species.

How is it determined if the KBA criteria have been successfully met?

The KBA Partnership has established regional focal points who provide the first round of review and identify any problems that need to be addressed. Next, the KBA Partnership’s Secretariat validates that everything is in order and, if it is, confirms the KBA. It’s then added to the KBA database.

How does CEPF use KBAs to inform where it invests?

In each biodiversity hotspot where CEPF works, “priority” KBAs are selected. These are not necessarily the most biologically important sites but rather the ones where CEPF funding is expected to have the largest impact, due to funding gaps, severity of threat or other factors.

Will the KBA Standard ever be as well known or as well understood as the IUCN Red List of Threatened Species?

Langhammer thinks so. “They have 50 years on us, but I think we’ll get to that point,” she said. “There’s a lot of momentum building.”