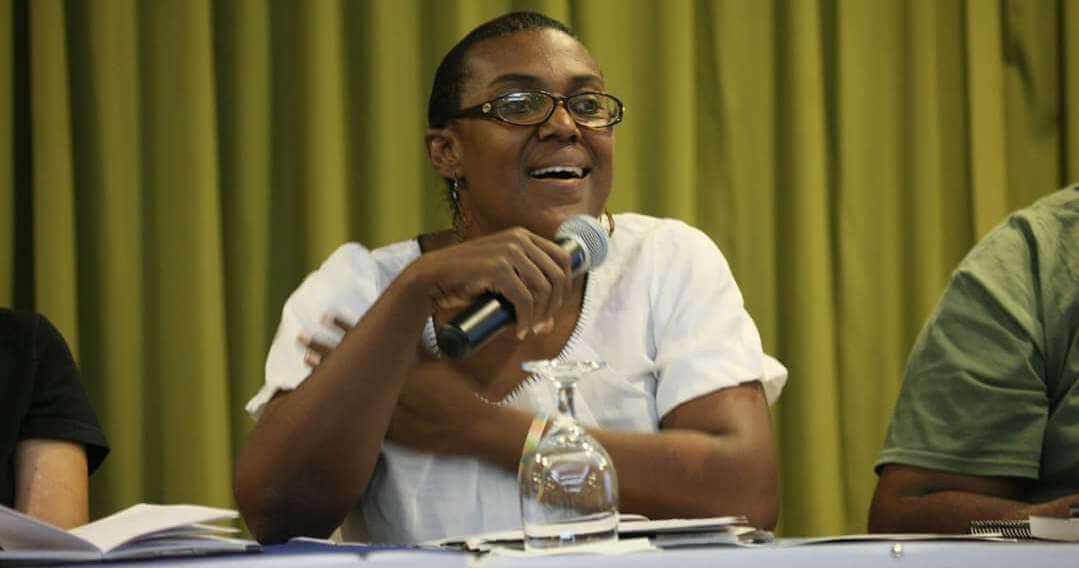 Ingrid Parchment played a critical role in convincing the government of Jamaica to terminate plans to build a large, Chinese-owned shipping port on Goat Islands. The plan would have required removing all of the island’s trees—devasting bird habitat and critically important mangroves—and essentially dooming the Critically Endangered Jamaican iguana (Cyclura collie). It also would have meant a loss of fisheries that local communities depend on. What's more, a CEPF-funded economic analysis showed that there were better locations to build the port from an engineering, economic and ecological perspective.

Ms. Parchment was born in Saint Elizabeth, Jamaica, and studied economics and management at the University of West Indies in Kingston. After receiving her degree in 1998, she took what she thought would be a short-term job at a new conservation organization, Caribbean Coastal Area Management Foundation (C-CAM).

Conservation of her country’s ecosystems and biodiversity quickly became a personal passion for Ms. Parchment, however, and today she serves as C-CAM’s executive director. 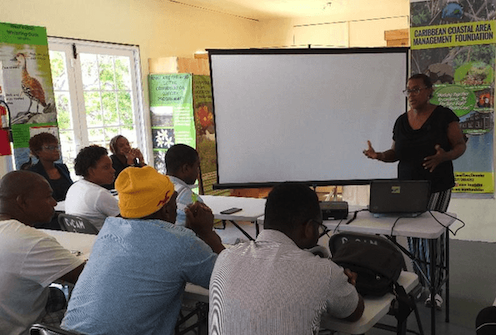 The organization is the main advocate for effective conservation of the Portland Bight Protected Area, the largest protected area on the island and home to at least 20 globally threatened species as well as some 50,000 people spread among six fishing villages.

With the help of two CEPF grants, C-CAM undertook Jamaica's first participatory management planning process for a protected area and then implemented that plan, now considered a model for the island, which is part of the Caribbean Islands Biodiversity Hotspot.

CEPF: What was your reaction when you found out that the plan to build a port on Goat Islands had been scrapped?
Ingrid: Relieved. Happy. Enthused. Hopeful that the environment being conserved was being seen as valuable. Concerned that [some might say], "See, the government is protecting the environment at Portland Bight, so now we can go mine the Cockpit Country." 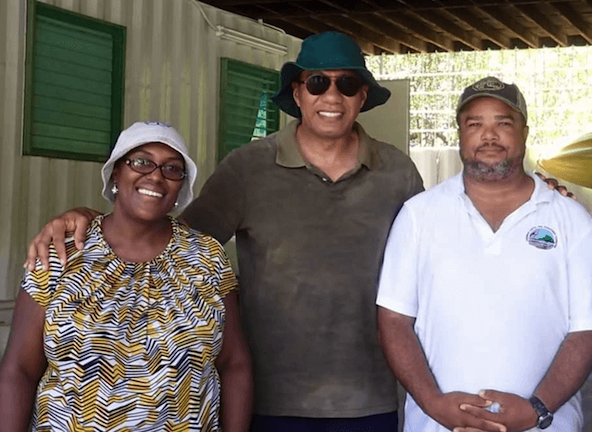 CEPF: Why do you think efforts to stop the port from being built were successful?
Ingrid: We worked together on a cohesive plan from many different angles, including publicity through traditional and social media.

Academia, community, NGOs and the private sector, as well as media, were involved in the fight. We partnered with professionals to produce and disseminate an economic study, and we were able to talk directly to decision makers, including the prime minister.

CEPF: What advice would you give to budding conservationists?
Ingrid: Be open, we don’t know everything. Learn from others, especially the users of the resources. Share information rather than thinking your role is to educate; this is a two-way street.

CEPF: What does the future hold for you?
Ingrid: Continue the work, focus on gender equity and look at innovative ways to do what I do. Learn from others and share my lessons so that we all can make a positive difference.