CEPF recently completed its first investment in the hotspot and is currently profiling for a second investment.

During the first investment, we awarded grants to 68 civil society organizations in nine countries and territories. The protection and management of 468,268 hectares within high priority Key Biodiversity Areas (KBAs) was strengthened, guided by sustainable management plans. In addition, 111,496 hectares within eight KBAs were brought under new protection.

Two sustainable funding schemes were established, including the development of the Caribbean’s first forest carbon offset project designed to benefit smallholders and cocoa farmers in the Dominican Republic. Within 10 years, forest carbon trading with two boutique chocolate manufacturers is expected to generate US$250,000.

Nine public-private partnerships were achieved with help from CEPF funding, and 23 stakeholder partnerships and initiatives were created and/or strengthened.

In addition, a strategy for post-earthquake intervention by civil society organizations in the Massif de la Hotte and Massif de la Selle KBAs in Haiti was developed.

The Caribbean Islands Biodiversity Hotspot consists mainly of three large groups of islands between North and South America: the Bahamas, the Lesser Antilles and the Greater Antilles. While the hotspot spans more than 4 million square kilometers of ocean, it covers roughly 230,000 square kilometers of land area, with the four islands of Cuba, Hispaniola, Jamaica and Puerto Rico making up around 90 percent of land area.

Like its natural diversity, the cultural and socioeconomic diversity of the hotspot is incredibly high. It includes indigenous American, Hispanic, African, Anglo-Saxon, French and Asian cultures. With the exception of Haiti, which is the least-developed country in the Americas, the hotspot’s nations are considered to be of middle to high income. But economic inequity is at high levels even in some of the richer countries, and poverty is a concern across the region. 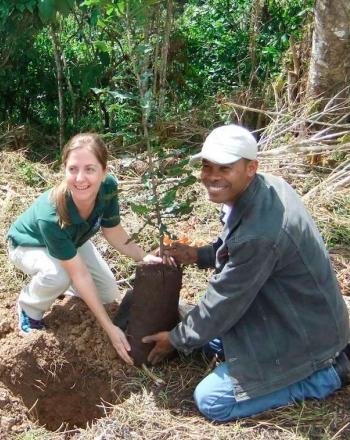 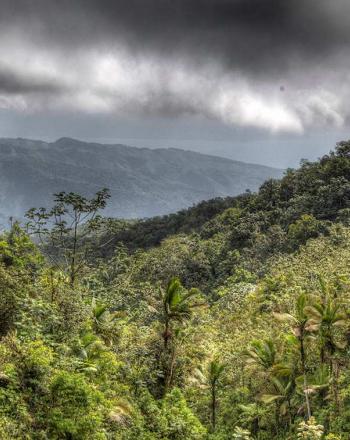 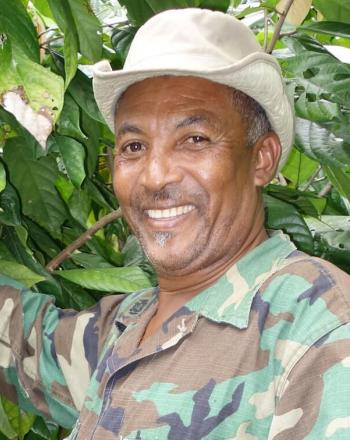 "Many farmers like me have begun to understand that the conservation of our soil and our forests is critical to our own well-being," said project beneficiary Jacobo de León.
© Conservation International/photo by Michele Zador
Management Plan Implementation for Participatory Management and Biodiversity Conservation in Valle Nuevo National Park
Fondo Pronaturaleza Inc. 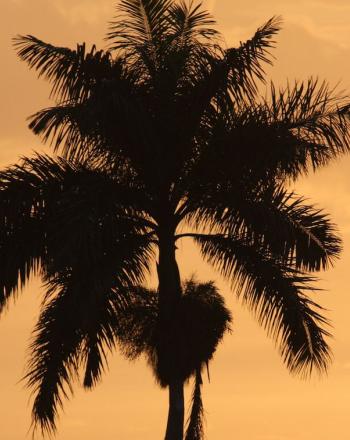 The Dominican Republic in the Caribbean Islands Hotspot.
© Conservation International/photo by Michele Zador
Integrating Communities in the Bi-National Corridor of the Biosphere Reserve of Jaragua-Bahoruco-Enriquillo/Massif de la Selle Between the Dominican Republic and Haiti
Grupo Jaragua (GJ)