CEPF's investment in the Cape Floristic Region Hotspot began in December 2001. We focused on catalyzing action by nongovernmental organizations, community groups and other civil society partners on the most urgent priorities identified by Cape Action for People and the Environment (C.A.P.E.), a 20-year strategy for conservation and sustainable development of the hotspot.

Guided by an ecosystem profile developed with stakeholders, we complemented other funding sources to strengthen the capacity of civil society to help implement C.A.P.E., which is now a national program.

Results from our first phase of funding include improved management of more than 1 million hectares of protected areas, production landscapes and private land.

Other highlights include strengthened policies and guidelines for biodiversity and sustainable development, particularly in the Western Cape. These include the Western Cape Provincial Spatial Development Framework, policies and procedures for stewardship, codes of practice, area-wide planning in agriculture for the integrated production of wine and a policy framework for ensuring that biodiversity priorities are included in Integrated Development Plans for municipalities.

Although the region was once covered by lush rain forest, climate changes around 15 million years ago resulted in the retreat of the forests. Trees were replaced by flammable sclerophyllous plants, and periodic fires became an integral ecosystem process.

Vegetation in the hotspot is dominated by fynbos (Afrikaans for "fine bush"), a shrubland comprising hard-leafed, evergreen and fire-prone shrubs that thrive on the region's rocky or sandy nutrient-poor soils.

The hotspot also includes several non-fynbos vegetation types. Of these, Renosterveld—Afrikaans for "rhinoceros veld," referring to the presence of the black rhinoceros (Diceros bicornis), that used to browse there but is now extinct in this region—is the most extensive.

In addition to its incredible botanical diversity, the Cape Floristic Region also supports substantial diversity among the fauna, with more than 560 higher vertebrate species. These include the Critically Endangered geometric tortoise (Psammobates geometricus), the Cape sugarbird (Promerops cafer) and a number of antelope species. 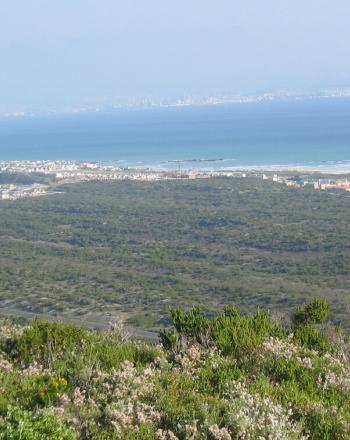 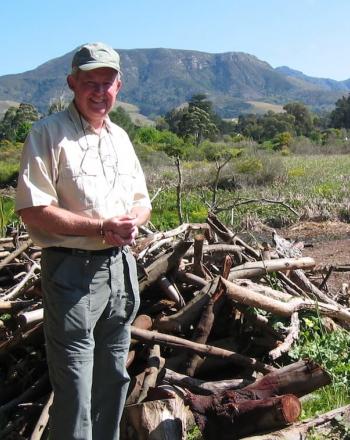