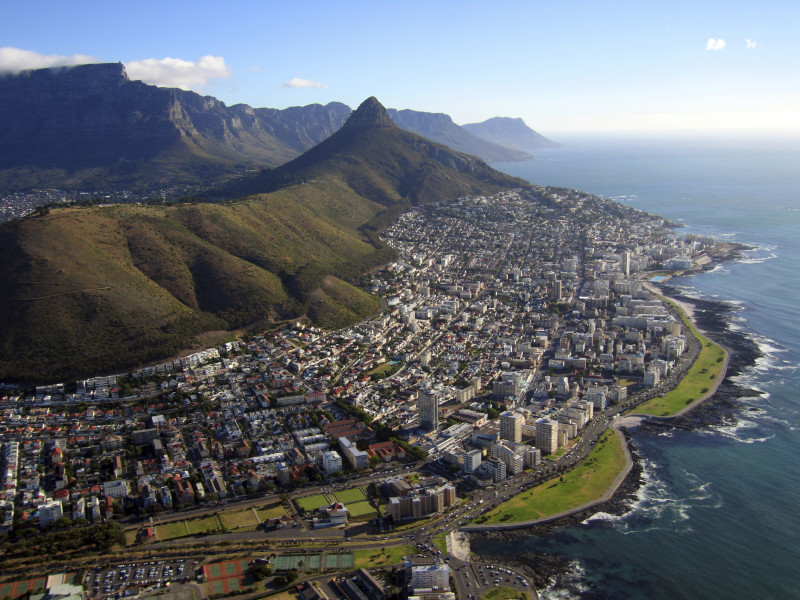 The greatest threat to biodiversity in the Cape Floristic Region Hotspot is agricultural and urban expansion. Agricultural land use has already consumed 26 percent of the hotspot and has devastated lowland areas: 9 percent of renosterveld and 49 percent of fynbos habitats have been converted. Even in mountain areas, where agriculture is limited by poor soils, rooibos tea, honeybush tea and ornamental flower cultivation (mainly proteas) is rapidly encroaching on natural habitat.

Economic incentives aimed at creating jobs and increasing agricultural exports fail to include regulations to protect biodiversity. In addition, with increasing international demand for South African wine, innovations in viticulture and the introduction of crops that can grow on steeper slopes with lower rainfall (e.g., olives) have contributed to projections that an additional 15 to 30 percent of the remaining natural habitat will be converted to agriculture within the next 20 years. Furthermore, the booming fruit and viticulture industries require heavy water extraction, which reduces stream flow and has substantial ecological impact.

Human settlements are also encroaching on threatened lowland habitats, and urbanization is expected to encompass more than 9 percent of the Cape Floristic Region by 2020. Approximately 5 million people live in the region, 3 million of those are in Cape Town. The estimated 2 percent growth rate for the city poses a threat to the remaining lowland habitat nearby. Uncontrolled development also threatens much of the hotspot's coastline, encroaching on important dune and coastal shrubland habitats.

While land conversion continues outside protected areas, ecosystem degradation jeopardizes conservation efforts throughout the hotspot. Pollution, overgrazing and overharvesting of plant species are examples of degradation that affect ecosystem processes in the region, but the invasion of alien species poses the second-greatest threat to biodiversity (after land conversion).

The proliferation of alien plants in the hotspot's ecosystems is alarming. There is no other place on Earth, excluding islands, where alien plants have invaded natural vegetation to a comparable extent. Nearly 2 percent of the Cape Floristic Region is covered in alien plant species in stands so dense as to constitute land conversion. An additional 1 percent is in medium-density stands, and another 70 percent of the remaining natural habitat is covered by low-density or scattered patches of alien plants.

Alien fauna, including trout and the smallmouth black bass, are having adverse effects on the indigenous fish fauna and aquatic ecosystems. Marine invasives, such as the European mussel, are also posing a problem.

Coastal and lowland habitats are particularly susceptible to the threat of invasive plants, and in many of these habitats more than 25 percent of the ground is covered with alien plants in medium or high densities.

Of the 60 percent of the Cape Peninsula that remains undeveloped, 11 percent is currently under dense stands of alien plants and another 33 percent is lightly invaded. Pines and woody Acacia and Hakea present the greatest threats in terms of extent and difficulty of removal. Without adequate measures to control invasive plants, approximately 30 percent of remaining natural vegetation is likely to be invaded within the next 20 years, and at least 750 species will face extinction in the next 50 to 100 years as a result.

The impact of alien invasives is highly synergistic with other impacts such as impact of trout, livestock and overconsumption of water. However, the recent removal of invasive alien plants is having an enormous positive impact on the aquatic invertebrate fauna.

The spread of dense stands of alien plant species has also disrupted natural fire cycles, threatening veld habitats and native fauna. Although many of the habitats in the hotspot depend on fire disturbance to maintain ecosystem functions, accelerated fire cycles can lead to local extinctions of many plant and animal species.

The extent of land conversion and degradation in the hotspot can generally be traced to lack of appropriate institutions with needed capacity to support conservation efforts. Although there is a great deal of biodiversity information relevant to land use decision-making, it is not well integrated into conservation planning. Owing to the range of institutions investigating various elements of the CFR's biodiversity, it is difficult for policymakers and land use planners to know how and where to get information relevant to their areas.

Some organizations in possession of a great deal of data lack the capacity to manage its distribution. As a result, environmental impact assessments (EIAs) and plans fail to consider biodiversity in their recommendations and inadvertently threaten biodiversity, despite the fact that EIAs are mandatory by law.

Legal protection for biodiversity outside protected areas is erratic and outdated. With approximately 80 percent of the Cape Floristic Region's land privately owned, conservation will largely depend on the development and enforcement of land use regulations. Existing mechanisms encouraging private protection of biodiversity are poorly applied, and there are few disincentives to destructive land use.

Development is a significant threat to coastal areas in the hotspot, and regulatory laws are particularly weak, resulting in fragmented landscapes, inappropriate land use and unsustainable resource management.

Lack of public involvement in conservation

The future of the Cape Floristic Region will only be assured if the public can be educated about the value of its biodiversity and if this knowledge can be translated into participation and political action. Under the apartheid regime, the majority of South Africans were denied access to the region's resources, and few were exposed to environmental education programs. Historically, conservation has been considered a mandate of the state, and few mechanisms have been developed to stimulate private-sector participation.

As South Africa develops new policies to promote regional development, biodiversity awareness must be enhanced among politicians, landowners and the public; each sector must recognize its role as a steward of the hotspot's biological wealth or risk sacrificing the resources that will provide the potential for long-term economic growth.

Moreover, it should be emphasized again that 80 percent of the land in Cape Floristic Region is in private hands. Lack of involvement by the viticulture and flower industries is, in particular, a great impediment to the conservation of biodiversity throughout the region.

Read more about these and other threats in our ecosystem profile (PDF - 1.3 MB).