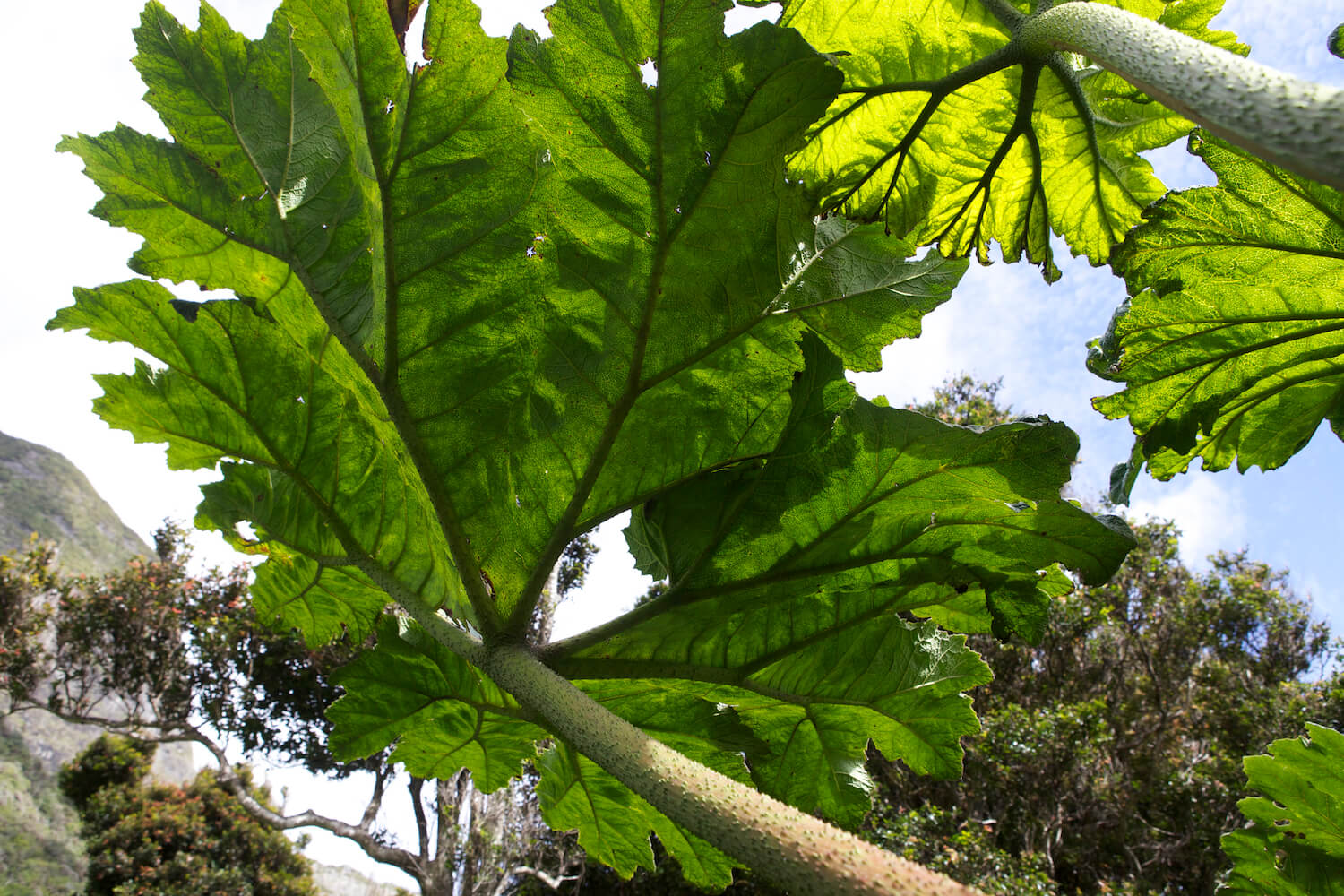 The influence of past geographical links between South America and other southern lands, such as Australia, is evident in the hotspot's high plant endemism. Of the nearly 4,000 vascular plants found in this hotspot, about half are endemic. These numbers represent about three-quarters of all Chilean plant species and endemics in only 40 percent of the land area. Notable plant species in the hotspot include the araucaria trees, such as the monkey puzzle tree (Araucaria araucana), and Chile's national flower, the copihue or Chile-bells (Lapageria rosea).

Characteristically, birds are not very well represented in this hotspot. The region's bird diversity includes just over 225 species. There are a dozen endemic species here, including three breeding species of petrel. The hotspot also has two monotypic endemic bird genera: Sephanoides, which is represented by the Critically Endangered Juan Fernández firecrown (S. fernandensis)—confined to the Juan Fernández Islands —and the green-backed firecrown (S. sephaniodes); and Sylviorthorhynchus, which is represented by the Des Murs' wiretail (S. desmursii), restricted to the temperate forest in south-central Chile.

Mammal endemism is relatively low, with 15 of the nearly 70 species endemic. There are, however, five endemic genera. The rodent genus Octodon comprises three species of degus, while the remaining four genera are all represented by single species: the Chilean climbing mouse (Irenomys tarsalis), the Chilean shrew opossum (Rhyncholestes raphanurus), the coruro (Spalacopus cyanus) and the monito del monte (Dromiciops gliroides). The last-named species is not just the only genus in an endemic family, Microbiotheriidae, but the only known representative of an entire order, Microbiotheria (this is the only hotspot to host an endemic mammalian order). The species is known only in the proximity of Concepción south to Chiloé Island, south-central Chile, and in the mountains east of the Argentine border.

One well-known endemic rodent species is the Endangered chinchilla (Chinchilla lanigera), prized for its soft, dense fur. Chinchillas have been hunted and trapped nearly to extinction in the wild, although they are widely bred in captivity. The Endangered Darwin's fox (Lycalopex fulvipes) exists in only two known populations, one in the forests of Chiloé Island and another in the coastal mountains of Naheulbuta National Park.

Endemism levels for both reptiles and amphibians are high. About two-thirds of the hotspot's more than 40 reptile species are endemic. A large number of these species are lizards, found at mid-to-high elevations. The lizard genus Liolaemus accounts for three-quarters of the reptile species in the hotspot and, of these, two-thirds are endemic. Interestingly, there are only two representatives of the world's largest snake family, Colubridae, the Chilean green racer (Philodryas chamissonis), which is endemic, and the Chilean slender snake (Tachymenis chilensis).

Around three-quarters of the more than 40 amphibian species in the hotspot are endemic. This is one of the few hotspots with an endemic amphibian family (Rhinodermatidae), with the Vulnerable Darwin's frog (Rhinoderma darwinii) and Critically Endangered Northern Darwin's frog (R. rufum) among the most important flagship species for the region.

Although the hotspot has just over 40 native species, it has a remarkable two endemic families: the mountain catfishes (Nematogenyidae) and the perch-like fishes of the genus Percilia (family Perciliidae).