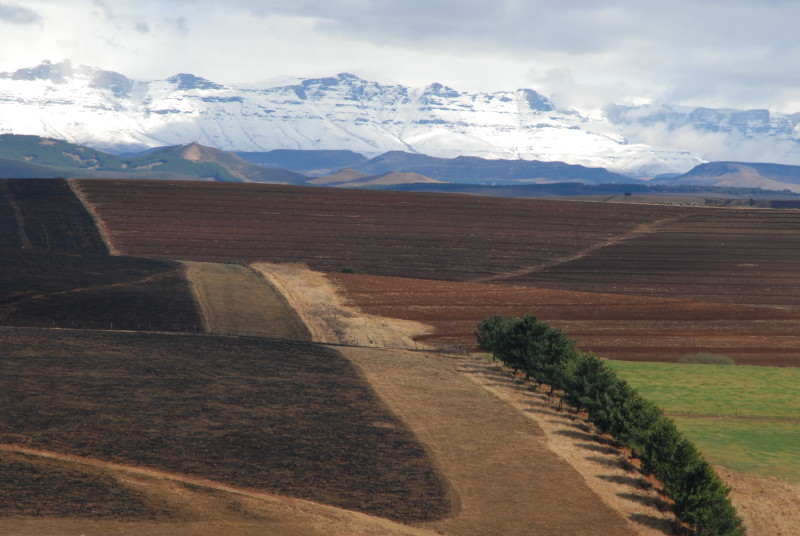 Despite the considerable, yet unevenly distributed, investments in conservation in Maputaland-Pondoland-Albany, many immediate and long-term threats to biodiversity persist, primarily habitat loss and degradation from agriculture, timber production, mining and urban development. These make the entire region and its biodiversity more susceptible to negative impacts from anticipated climatic changes.

In Mozambique, only 1 percent of the region has been transformed for commercial crops; however, government economic growth policies are providing new incentives for the expansion of sugar cane (for both sugar and biofuel) and other biofuel crops into alluvial plains and other flat areas with access to water.

Nearly 31 percent of the hotspot has been converted for timber. Despite a well-regulated industry in South Africa, where timber production occurs, its transformation of the landscape and associated loss of biodiversity is usually irreversible. Plantations have been found to use between 500 million and 1,500 million hectares per annum more water than the vegetation replaced. It also has a number of other impacts including altering the chemical and physical structure of the soils and contributing to aggressive weed invasions in surrounding areas.

Urban development in the hotspot is limited but has led to complete transformation of habitat, leaving only small isolated fragments and grossly disrupted ecosystem functioning in the form of elevated soil erosion into freshwater systems, extreme loss of habitat and species, and expansion of invasive alien species. Cities in the hotspot, particularly Durban, Port Elizabeth and Maputo have a high impact on natural habitats in and around them due to urban sprawl, pollutant run-off and poor waste management. In the informal areas surrounding cities, there is often high demand and dependency on products from natural systems such as fuel wood and charcoal, wildlife and plant products, and medicinal plants.

Although mining is not extensive, its impact and concentration on coastal dune habitats threatens species dependent on these systems, many of which may not yet be understood in Mozambique. Mining currently affects less than 1 percent of the Maputaland-Pondoland-Albany Hotspot with the largest operation being a heavy mineral mining enterprise at Richard’s Bay in the KwaZulu-Natal Coastal Corridor. However, new prospecting and mining applications for titanium from the coastal dunes of the KwaZulu-Natal Coast and Pondoland (Pondoland North Coast) may indicate an increasing threat from mining in the region. Similarly, although there are currently no mining operations in the Mozambique region of the hotspot, there is a known presence of heavy minerals that may result in future mining threats.

Read more about these and other threats in our ecosystem profile (PDF - 2.8 MB).