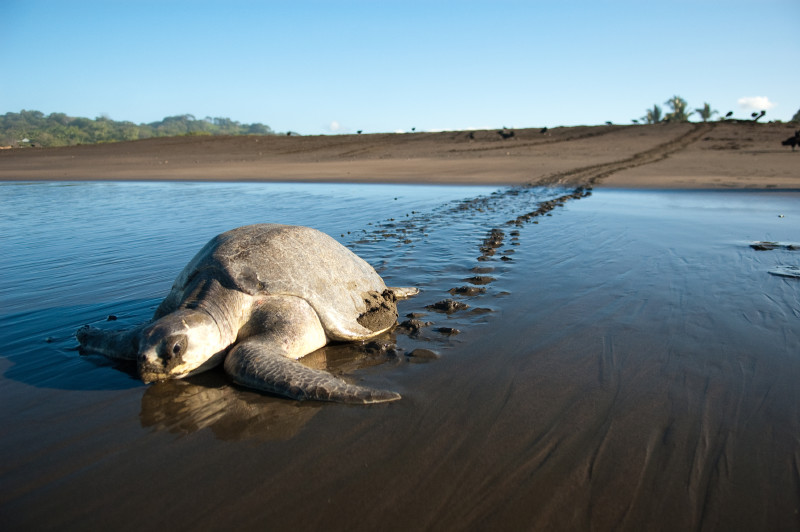 The biodiversity of Mesoamerica represents the confluence of flora and fauna from two biogeographic regions. North and South America were once two separate landmasses, with independently evolved plant and animal species. Then, about 3 million years ago, sections of Central America rose above sea level, forming a land bridge between north and south. Species began to flow in both directions between the continents, and their interaction in this transition zone helped produce Mesoamerica's unique and diverse array of life forms.

Additionally, the highlands and mountain chains that run along the hotspot's main north-south axis have facilitated isolation and speciation throughout Mesoamerica. Because the mountains have often posed an impassable barrier, there are considerable differences in species composition between the Pacific and Caribbean coasts. On the other hand, the valleys and lowlands running parallel to the mountains have long served as natural corridors for animal and human migrations.

Mesoamerica has some 17,000 species of vascular plants, nearly 3,000 of which are endemic (unique). The number of species and genera endemic to this hotspot is lower than might be expected because a large number of genera spill over into neighboring Mexican states.

Commercially valuable timber species are found within Mesoamerica and, as in the case of big-leaf mahogany (Swietenia macrophylla, VU), have historically driven the exploitation of the region's forest resources. The hotspot also contains more than 300 cacti species.

Three plant families are endemic to the hotspot. Lacandonia is particularly unique among flowering plants for having "inside-out" flowers, i.e., the central androecium (stamens) surrounded by the gynoecium (separate pistils).

The forests of Mesoamerica are home to nearly 1,120 birds species, including more than 200 species restricted to the region. The best known species from this region and conservation symbols for their cloud forest habitats are the resplendent quetzal (Pharomachrus mocinno), whose brilliant green and crimson plumage is the national emblem of Guatemala, and the Endangered horned guan (Oreophasis derbianus), a large bird—and sole representative of its genus—with a distinctive red horn protruding from the top of its head.

The forests of Mesoamerica also provide critical winter habitat and stop-over points for about 225 species of migratory birds. Three of the four major trans-regional migratory bird routes in the Western hemisphere converge here.

Some of the most visible symbols of mammal diversity in Mesoamerica are its monkeys, including the Endangered Central American spider monkey (Ateles geoffroyi) and Endangered Mexican black howler monkey (Alouatta pigra), which produce roars that can be heard for miles. Two other large mammals, the Endangered Baird's tapir (Tapirus bairdii) and the jaguar (Panthera onca), are both important flagship species for the region's forests. However, much of the mammal endemism in Mesoamerica is attributable to the diversity of small mammals. Some 20 species of shrews and more than 180 species of rodents are found here.

Mesoamerica has very high reptile and amphibian diversity and endemism. The area is the most diverse hotspot for reptiles, with more than 690 species found here, nearly 35 percent of which are endemic.

Amphibian diversity and endemism also reach exceptional levels in Mesoamerica, with more than 550 species, over 350 of which are endemic. Guatemala and the adjacent Mexican state of Chiapas are especially rich in salamanders, and are considered a center of origin and dispersal for tropical salamander species.

One of the most poignant symbols of conservation in Mesoamerica and worldwide is the golden toad (Bufo periglenes). A bright orange toad found only in Costa Rica's Monteverde Cloud Forest, the species hasn't been seen since 1989, when it disappeared virtually overnight. The plight of the toad, which is presumed to be extinct, is an oft-cited example of the worldwide phenomenon of declining amphibian populations.

The hotspot is home to more than 500 species, nearly 350 of which are endemic. More than 200 of the hotspot's fish species belong to two families: the cichlids and the live-bearing Poeciliidae. Nearly a quarter of Mesoamerica’s fishes have distributions restricted to single bodies of water or small tributaries in larger watersheds.