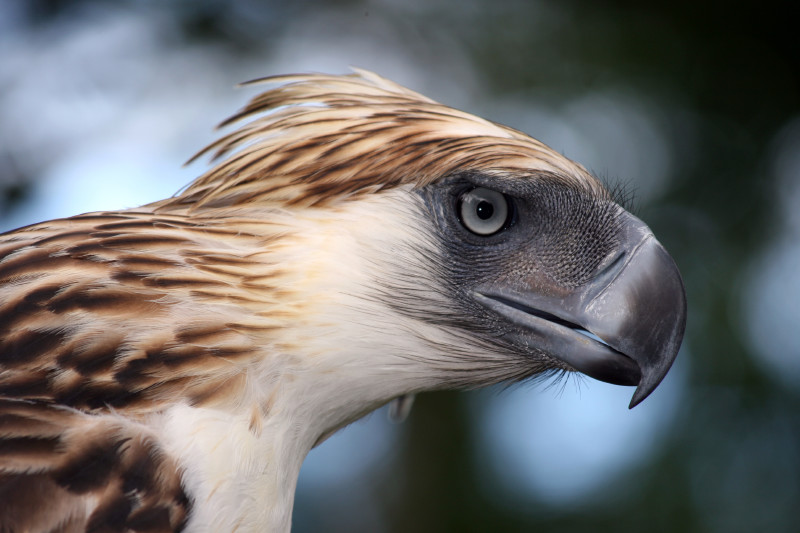 The patchwork of isolated islands, the tropical location of the country and the once extensive areas of rainforest have resulted in high species diversity in some groups of organisms and a very high level of endemism.

At the very least, one-third of the more than 9,250 vascular plant species native to the Philippines are endemic. Plant endemism in the hotspot is mostly concentrated at the species level; there are no endemic plant families and 26 endemic genera. Gingers, begonias, gesneriads, orchids, pandans, palms, and dipterocarps are particularly high in endemic species. For example, there are more than 150 species of palms in the hotspot, and around two-thirds of these are found nowhere else in the world. Of the 1,000 species of orchids found in the Philippines, 70 percent are restricted to the hotspot.

The broad lowland and hill rain forests of the Philippines, which are mostly gone today, were dominated by at least 45 species of dipterocarps. These massive trees were the primary canopy trees from sea level to 1,000 meters. Other important tree species here include giant figs (Ficus spp.), which provide food for fruit bats, parrots, and monkeys, and Pterocarpus indicus, like the dipterocarps, is valued for its timber.

There are over 530 bird species found in the Philippines Hotspot; about 185 of these are endemic (35 percent) and over 60 are threatened. BirdLife International has identified seven Endemic Bird Areas (EBAs) in this hotspot: Mindoro, Luzon, Negros and Panay, Cebu, Mindanao and the Eastern Visayas, the Sulu archipelago, and Palawan. Like other taxa, birds exhibit a strong pattern of regional endemism. Each EBA supports a selection of birds not found elsewhere in the hotspot. The hotspot also has a single endemic bird family, the Rhabdornithidae, represented by the Philippine creepers (Rhabdornis spp.). In May 2004, a new species of rail was observed on Calayan island in the Babuyan islands, northern Philippines.

Perhaps the best-known bird species in the Philippines is the Critically Endangere Philippine eagle (Pithecophaga jefferyi), the second-largest eagle in the world. The Philippine eagle breeds only in primary lowland rain forest. Habitat destruction has extirpated the eagle everywhere except on the islands of Luzon, Mindanao and Samar, where the only large tracts of lowland rain forest remain. Today, the total population is estimated at less than 700 individuals. Captive breeding programs have been largely unsuccessful; habitat protection is the eagle's only hope for survival.

At least 165 mammal species are found in the Philippines Biodiversity Hotspot, and over 100 of these are endemic (61 percent), one of the highest levels of mammal endemism in any hotspot. Endemism is high at the generic level as well, with 23 of 83 genera endemic to the hotspot. Rodent diversification in the Philippines is comparable with the radiation of honeycreepers in the Hawaiian Islands and finches in the Galapagos.

The largest and most impressive of the mammals in the Philippines is the Critically Endangered tamaraw (Bubalus mindorensis), a dwarf water buffalo that lives only on Mindoro Island. A century ago the population numbered 10,000 individuals; today only a few hundred animals exist in the wild. Other mammals endemic to the Philippines include: Visayan and Philippine warty pigs (Sus cebifrons and S. philippensis); Endangered Calamianes hog-deer (Axis calamianensis) and Endangered Visayan spotted deer (Rusa alfredi), which has been reduced to a population of a few hundred on the islands of Negros, Masbate and Panay; and Endangered golden-capped fruit bat (Acerodon jubatus) which, as the world's largest bat, has a wingspan up to 1.7 meters.

The Negros naked-backed fruit bat (Dobsonia chapmani), which was thought to be extinct in the Philippines, has recently been rediscovered, on the islands of Cebu in 2000 and Negros in 2003.

Reptiles are represented by about 235 species, some 160 of which are endemic (68 percent). Six genera are endemic, including the snake genus Myersophis, which is represented by a single species, Myersophis alpestris, on Luzon. The Philippine flying lizards from the genus Draco are well represented here, with about 10 species. These lizards have a flap of skin on either side of their body, which they use to glide from trees to the ground.

The Critically Endangered Philippine crocodile (Crocodylus mindorensis) is considered the most threatened crocodilian in the world. In 1982, wild populations totaled only 500–1000 individuals; by 1995 a mere 100 crocodiles remained in natural habitats. The recent discovery of a population of this species in the Sierra Madre of Luzon brings new hope for its conservation, as does the implementation of projects aimed at raising awareness and protecting the crocodile’s habitat. The Crocodile Rehabilitation, Observance and Conservation (CROC) Project of the Mabuwaya Foundation is active in carrying out such projects.

Other unique and threatened reptiles include Vulnerable Gray's monitor (Varanus olivaceus) and Critically Endangered Philippine pond turtle (Heosemys leytensis). A newly discovered monitor lizard, Varanus mabitang, from Panay is only the second monitor species known in the world to specialize on a fruit diet.

There are nearly 90 amphibian species in the hotspot, almost 85 percent of which are endemic; these totals continue to increase, with the continuing discovery and description of new species. One interesting amphibian, the panther flying frog (Rhacophorus pardalis), has special adaptations for gliding, including extra flaps of skin and webbing between fingers and toes to generate lift during glides. The frog glides down from trees to breed in plants suspended above stagnant bodies of water. The frog genus Platymantisis particularly well represented with some 26 species, all of which are endemic; of these, 22 are considered threatened. The young of all Platymantis species undergo direct development, bypassing the tadpole stage. The hotspot is also home to the Vulnerable Philippine flat-headed frog (Barbourula busuangensis), one of the world's most primitive frog species.

The Philippines has more than 280 inland fish, including nine endemic genera and more than 65 endemic species, many of which are confined to single lakes. An example is Sardinella tawilis, a freshwater sardine found only in Taal Lake. Sadly, Lake Lanao, in Mindanao, seems likely to have become the site of one of the hotspot's worst extinction catastrophes, with nearly all of the lake's endemic fish species now almost certainly extinct, primarily due to the introduction of exotic species (like tilapia).

About 70 percent of the Philippines' nearly 21,000 recorded insect species are found only in this hotspot. About one-third of the 915 butterflies found here are endemic to the Philippines, and over 110 of the more than 130 species of tiger beetle are found nowhere else.

Read more about the hotspot's species in our ecosystem profile (PDF - 1.7 MB).