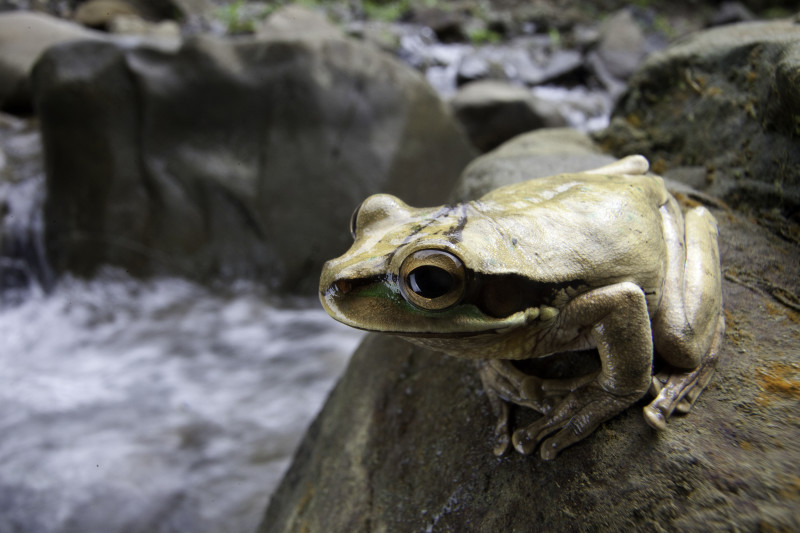 The concentration of a wide variety of ecosystems in a relatively small area have led to very high levels of endemism in the Tumbes-Chocó-Magdalena Biodiversity Hotspot.

There are an estimated 11,000 vascular plant species found in the hotspot, about 25 percent of which are found nowhere else. Of these, an astonishing 5,000 are found in the Colombian Chocó, an area thought to be the most floristically diverse area in the Neotropics.

The northern parts of the hotspot in Ecuador and the Colombian Chocó are characterized by extremely wet or pluvial forests that receive eight meters of annual rainfall and have a diversity per hectare of as many as 300 tree species. The dry forests of southwestern Ecuador and northern Peru are dominated by large, emergent trees of the family Bombacaceae, including the ceiba (Ceiba trichistandra). These forests support high levels of endemism and are extremely threatened.

The Galápagos Islands are home to nearly 700 species of vascular plants, of which about a quarter are endemic, including six endemic genera of flowering plants.

The hotspot's forests are globally important for bird endemism, holding nearly 900 total species, around 110 of which are found nowhere else in the world. Among the region's distinctive bird species is the Critically Endangered white-winged guan (Penelope albipennis), which is found only in the dry forests at the southern extreme of the hotspot. The species was rediscovered in 1977 after not having been seen for more than a century. The unusual-looking long-wattled umbrella bird (Cephalopterus penduliger), listed as Vulnerable on the IUCN Red List of Threatened Species, is also found here.

Half of the region's endemic species live on the Galápagos, including the rice rats of the genus Nesoryzomys. The most recognizable mammal species in the archipelago is the Endangered Galápagos Islands fur seal (Arctocephalus galapagoensis), the smallest of the pinnipeds.

Amphibian diversity is even more impressive than reptile diversity in the hotspot, with more than 200 species, about 30 of which are endemic. New species are being discovered faster than they can be described.

Some of the best-known species in the region are the poison dart frogs of the family Dendrobatidae. These beautiful, brightly colored animals secrete toxic alkaloids through their skin, their bright aposematic coloration serving to warn predators that they are off limits. The Endangered golden poison frog (Phyllobates terribilis), which is found only in the Saija River Basin in the southern Chocó, is one of the three most poisonous vertebrates in the world. Its toxicity is such that the local Emberá Indians poison their blowgun darts simply by rubbing them along the backs of these little frogs. However, many of the hotspot's endemic amphibians are limited to habitats of only a few square kilometers, making them particularly vulnerable. Indeed, several taxa have already disappeared in Ecuador in recent years.

The coastal watersheds of northwestern South America have relatively sparse fish faunas compared to the great watersheds on the Atlantic side of the continent. The hotspot has about 250 species of fish (nearly half of which are endemic) in 54 families, with seven endemic genera; endemism is centered around the Magdalena and Atrata valleys. There is a single endemic species (Ogilbia galapagosensis) on the Galápagos Islands.