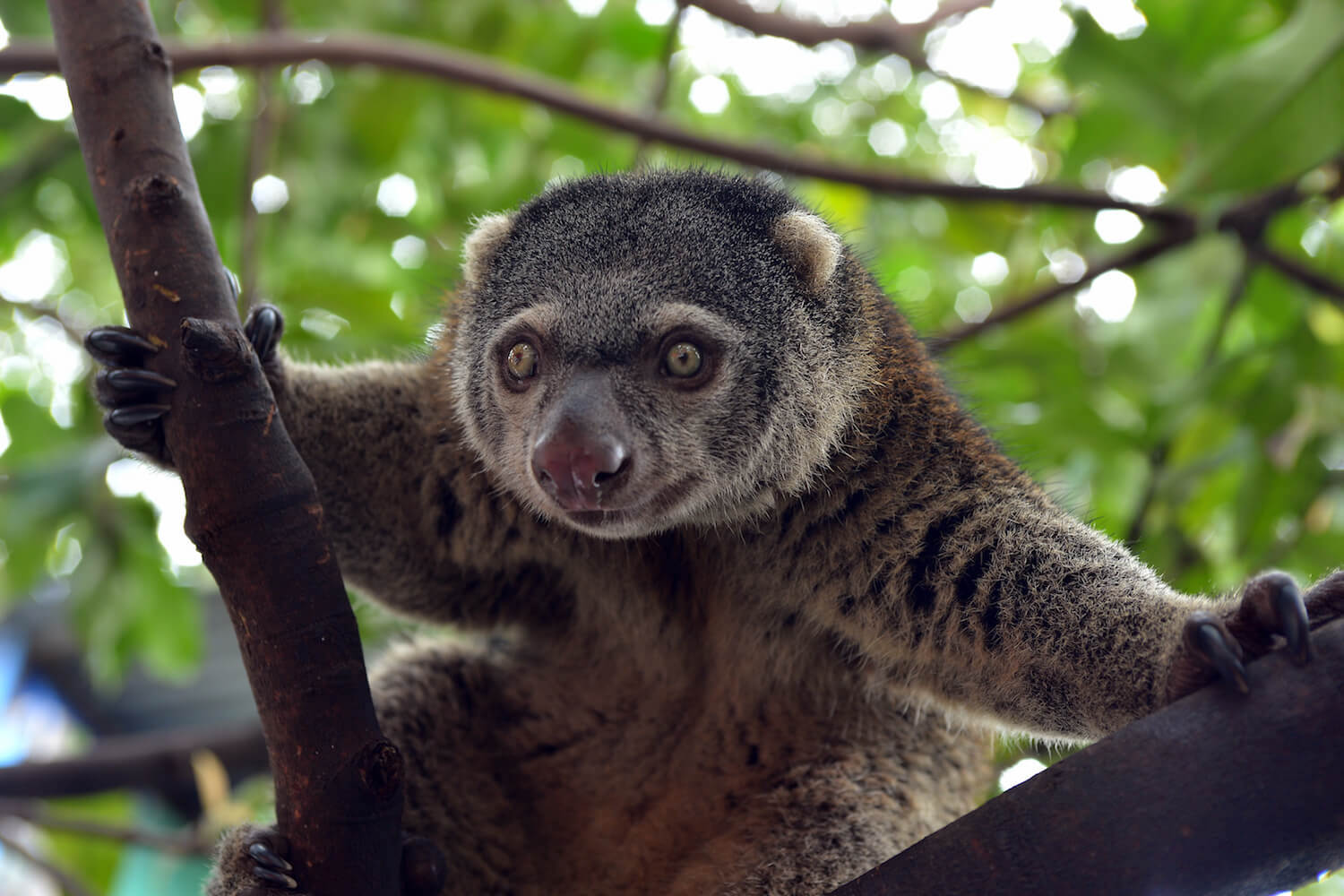 The land fragments of Wallacea separated from mainland Asia around 200 million years ago, contributing to their isolation and resulting in the evolution of many unique species.

Although the flora of this island region is not well known, it is estimated that there are about 10,000 species of vascular plants. Roughly 1,500 of those species are endemic.

The wetter lowland and hill forests have the highest number of tree species, but differ from the commercially valuable forests of the Sundaland Hotspot in having only a handful of dipterocarp species, from which resin and timber can be obtained.

There are about 650 regularly occurring bird species in the hotspot, roughly 40 percent of which are endemic. Endemism is significant at the level of individual islands. The island of Sulawesi has the largest fauna, with 356 species, including 96 endemics, among them the Endangered maleo (Macrocephalon maleo). These chicken-like birds build mounds in which they bury their eggs, and, three months later, the young explode out of the mound already feathered in adult plumage.

The maleo is but one of some 50 bird species threatened with extinction in this hotspot, including the Critically Endangered caerulean paradise-flycatcher (Eutrichomyias rowleyi), which was thought to be extinct until its rediscovery in 1998.

More than 125 of Wallacea's 220-plus mammal species are found nowhere else. If endemism is recalculated to exclude the region's more than 125 species of bats (because they disperse easily), the level of mammal endemism is an astonishing 88 percent.

One of the most unusual mammals in Wallacea is the babirusa (Babyrousa babyrussa), a pig-like animal characterized by the male's long, curved tusks.

Unfortunately, about one-third of endemic mammals in this hotspot are threatened with extinction.

Wallacea's reptile species total more than 220 species, nearly 100 of which are confined to the hotspot.

The best-known reptile species in Wallacea is the Komodo dragon (Varanus komodoensis), the largest lizard on the planet.

Only a single turtle species is found in this hotspot, the recently described and Critically Endangered Roti Island snake-necked turtle (Chelodina mccordi). This species occurs in three separate populations on a single small island (Roti) with 70 square kilometers of available habitat.

Nearly 50 amphibian species, all frogs, are native to Wallacea; more than 30 of these are endemic, including the Sulawesi toad (Bufo celebensis) and Endangered Oreophryne monticola.

Nearly all of the more than 300 freshwater fish species found in Wallacea are tolerant of both fresh and saltwater. About 75 of these species are endemic to the hotspot. On the island of Sulawesi alone, there are nearly 70 known fish species, about three-quarters of which are endemic.

Most of the invertebrate fauna of Wallacea remains poorly known, except for the enormous bird-wing butterflies, which are members of the swallowtail butterfly family.

There are 109 species of tiger beetles recorded from this hotspot, 79 of which are endemic. The northern Moluccas also contains the world's largest bee (Chalocodoma pluto) with females that can grow as large as four centimeters in length.

Read more about the hotspot's species in chapter three of our ecosystem profile (PDF - 3.6 MB).