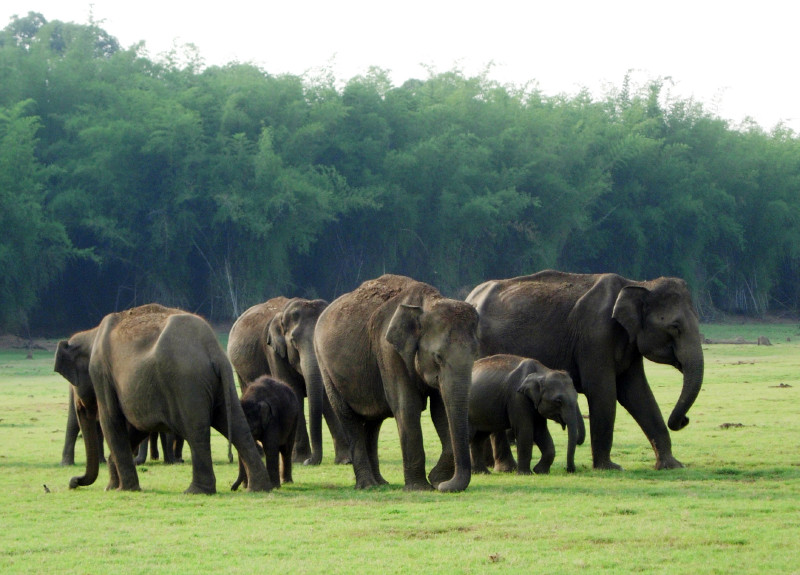 Many species of higher plants and vertebrates are still being discovered in the hotspot. Furthermore, the region is the center of diversity for some of the world's most economically significant plants such as mango, banana, black pepper and nutmeg.

The highest diversity of freshwater fishes is in deep, slow-moving waters. The species composition of many freshwater fish assemblages has been extensively modified by the introduction of invasive alien species, which are now naturalized. The distribution of many species is also adversely affected by the construction of dams to create artificial lakes and reservoirs.

Approximately 126 species of amphibians from 24 genera are known from the region, with new species frequently added. The Western Ghats has the highest levels of amphibian endemicity in India. Distribution within the region varies from extremely widespread—like the skittering frog (Euphlyctis cyanophlyctis), which is found throughout South Asia—to highly restricted—like the Endangered Malabar torrent toad (Ghatophryne ornata) found only in the southern portion of the Western Ghats.

Endemism is also high among lizards (65 percent). Many of the rare and endemic reptiles are known only from single locality records. A major challenge to conservation efforts in this region is the lack of a complete understanding of the distributional patterns, habitat requirements, and conservation status of reptiles in the Western Ghats.

A total of 508 bird species have been recorded in the region, including 324 resident species (64 percent). This figure also includes 144 species of aquatic birds, many of them from the western coastline. The central parts of the region harbor the highest diversity of bird species.

Sixteen species are endemic to the Western Ghats region, most of them occurring in the areas southwards of Goa. Many of the endemics are obligates of evergreen forests and shola-grassland systems.

Wide-ranging and flagship mammal species such as the tiger and elephant have attracted significant conservation efforts, both by the Indian government as well as by several conservation nongovernmental organizations, but relatively little is known about the distribution and conservation status of the smaller mammals, particularly small carnivores and rodents.

Much of the research on invertebrates in the Western Ghats has focused on butterflies and ants. Very little is known about other groups of insects. In addition much of the research is of a taxonomic nature; very few studies address questions of ecology and biodiversity.

Read more about the hotspot's species in our ecosystem profile (PDF - 1.9 MB).