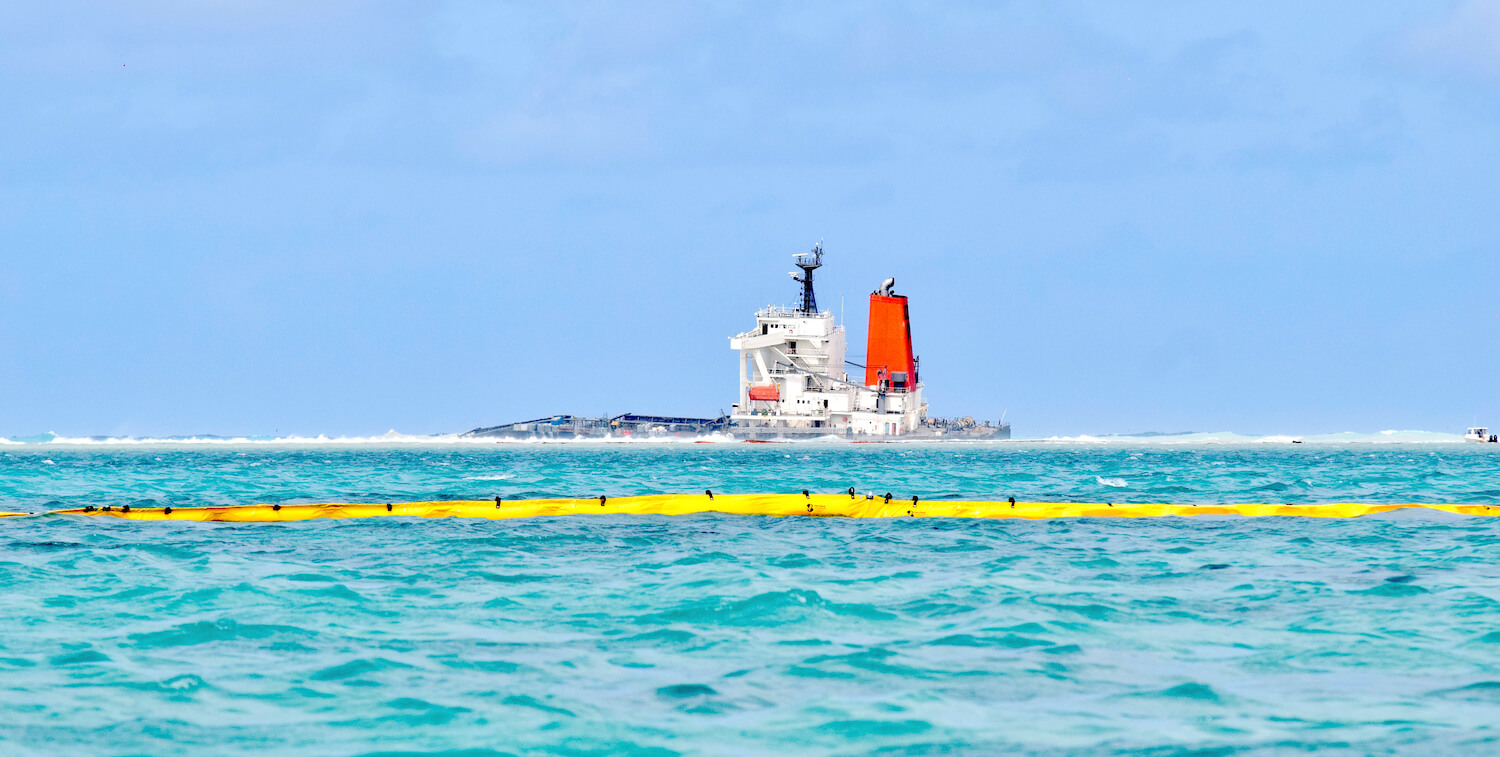 MV Wakashio off the coast of Mauritius.
© Mauritian Wildlife Foundation

Dr. Vikash Tatayah, conservation director for Mauritian Wildlife Foundation (MWF), has dedicated his career to restoring the damaged ecosystems of Mauritius and helping species recover from near extinction. That’s why we named him a CEPF Hotspot Hero earlier this year.

Since the MV Wakashio shipwreck and subsequent oil spill near Ile aux Aigrettes, an islet off the southeast coast of Mauritius, Tatayah has been working 20 hours a day, with no end in sight, helping to mitigate the damage. He kindly spoke with CEPF with an update on the current situation.

CEPF: When the shipwreck initially occurred, were you concerned about a potential oil spill?

Vikash Tatayah: The ship ran aground on 25th July 2020, but there wasn’t an oil spill immediately. It was 12 days later. In between, there was some oil that spilled into the sea but that was from the flooded engine room, which wasn’t of any serious concern.

But on the 5th of August, the salvage masters were trying to do some maneuvers to stabilize the ship, and I grew quite anxious, quite fearful, that something was going to happen.

I remember 14 hours before the oil spill I asked a key expert: “Are we going to have an oil spill?” He said to me, “Don’t worry. That won’t happen. The risk is low.” It happened the next morning when the salvage operation went wrong.

CEPF: How did you first learn about the oil spill? 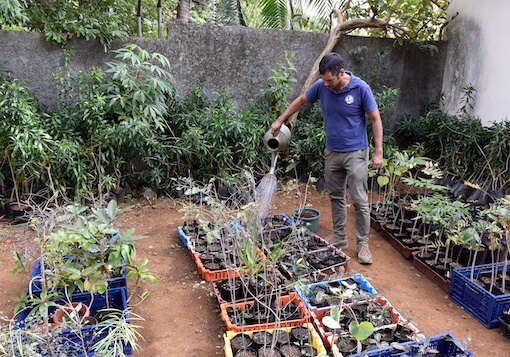 VT: I was in a meeting with all the senior MWF management and the government’s National Parks and Conservation Service talking about other issues. I saw that I was getting insistent phone calls from the Ministry of Environment and I thought, “Something is fishy here.”

Then I got a text message at 10 a.m. saying there was a high risk of an oil spill and an urgent meeting was being held in 30 minutes near the wreck site. In fact, the oil spill had already begun.

CEPF: Were you prepared to manage the oil spill?

VT: One day before [5th August], we had actually done an oil spill contingency plan and had worked out what we would do about the plants, the birds, the bats, the visitors, the staff, etc. We were meant to have a drill the next day. We never got to the drill because we got to the real thing.

By the time we were on the boat headed toward Ile aux Aigrettes, we could smell the petroleum before we saw the actual oil because of the direction of the wind. It was unbreathable.

We had absorbent pads to mop up small patches of oil. After 10 or 15 minutes, we realized that it was literally a sea of oil coming down and it was futile to try to mop it up.

CEPF: How have Mauritians responded to the disaster?

VT: There has been a mobilization of the people that’s unprecedented. Literally thousands of people came down to make artisanal booms [barriers] to try to recover the oil.

There was a collection of hair—people were shaving their heads [to make booms]. People were making booms out of sugar cane leaves and plastic bottles.

People came down in thousands, and they’ve done kilometers of booms. I’m talking school children going right up to grandmothers and grandfathers. The solidarity of the people is beyond words.

CEPF: Where do things stand now with the clean-up?

VT: The insurers have sent a team of people from France to do the clean-up operation. They will be here two to three months to complete the recuperation of the oil. Several beaches on the southeast of Mauritius, as well as mangrove areas and islets, were in the firing line.

CEPF: Are you confident that the team from France will do an adequate job?

VT: I fear they just want to do a quick and dirty job and leave. It has to be a thorough clean-up and not just a superficial cleanup.

There’s the visible oil that you see—little pools of oil—but then there’s also the deep pollution that has sunk into the environment. We would like them to help us remove that ingrained pollution.

CEPF: What were the most urgent actions that conservationists took? 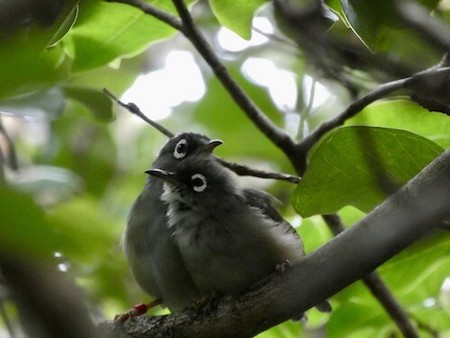 VT: With the help of the National Parks and Conservation Service, we removed cohorts of sub-populations of three endemic reptiles: the Bouton’s skink, Bojer’s skink and the lesser night gecko. We are trying to organize sending “safety populations” to zoos in Britain, including the Jersey Zoo.

We removed 4,000 plants from the island, including Critically Endangered plants. We also removed 12 olive white eyes, six Mauritius fodies, four captive Mauritius fruit bats and a whole bunch of Aldabra tortoises from Ile aux Aigrettes. One of the things we need to do very soon is return them.

CEPF: What are other next steps?

VT: Now our priority is to get our staff back to full work. They have not been able to spend long periods of time on the island because of health and safety. The air was unbreathable. It’s getting much better, but it’s still not quite restored.

We are thinking of how to go about formulating our claims to the insurers. And we also are communicating quite a lot to help with fundraising because with COVID-19 and now Wakashio, ecotourism—which funds 25 percent of our work—has ground to a halt. So, fundraising has been quite important.

CEPF: I imagine this emergency has impacted your other conservation work as well.

It’s also compounded many other things. Staffing has suffered because of COVID-19 and the lack of international flights. We were already short of staff because we rely to some extent on expatriate volunteers. Now the work has increased because of Wakashio.

CEPF: Reflecting on the oil spill, do you think any regulations or policies need to be changed? 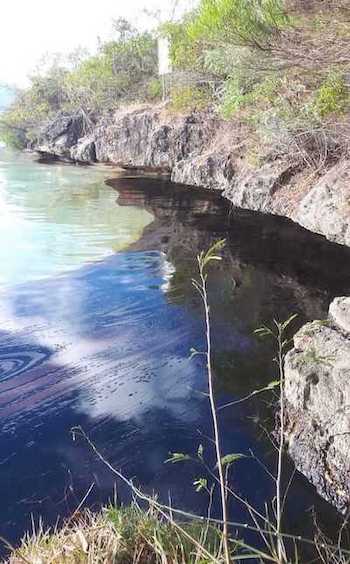 VT: We are asking for stricter regulations in shipping. We’ve had six shipwrecks in less than 10 years, going from catamarans to the Wakashio: one of the biggest types of ships in the world.

The one commonality between all those vessels is that none of them needed to come to Mauritius. They were not stopping at Mauritius nor were they picking up anything from Mauritius. They were on “innocent  passage” in our waters, and yet they came too close. They need to keep their distance.

One other important thing: The insurance money needs to be in proportion to the damage that’s been caused because livelihoods are badly affected as well [as biodiversity and ecosystems]. Then there’s reputational damage: Tourism is one of the main pillars of our economy.

From the past wrecks near Mauritius, the amount we’ve received has been, I would say, insignificant in proportion to the damage and expenses.

There has to be jurisprudence. If the shippers get away with it, they’ll never clean up their act.

CEPF: What else you think is important to share?

VT: If you are working in a country that has tornadoes or typhoons or droughts, you build [those natural disasters] into the equation. But an oil spill that all of a sudden happens can send back years of your work. It can be quite discouraging.

It just goes to show how fragile these wilderness sites are. Most of the world just doesn’t understand how fragile our conservation victories are. But it’s important that when the conservation community is faced with such upheavals, it does not lose hope. That would be the biggest disaster.