Home > Stories > What is "mainstreaming biodiversity"? 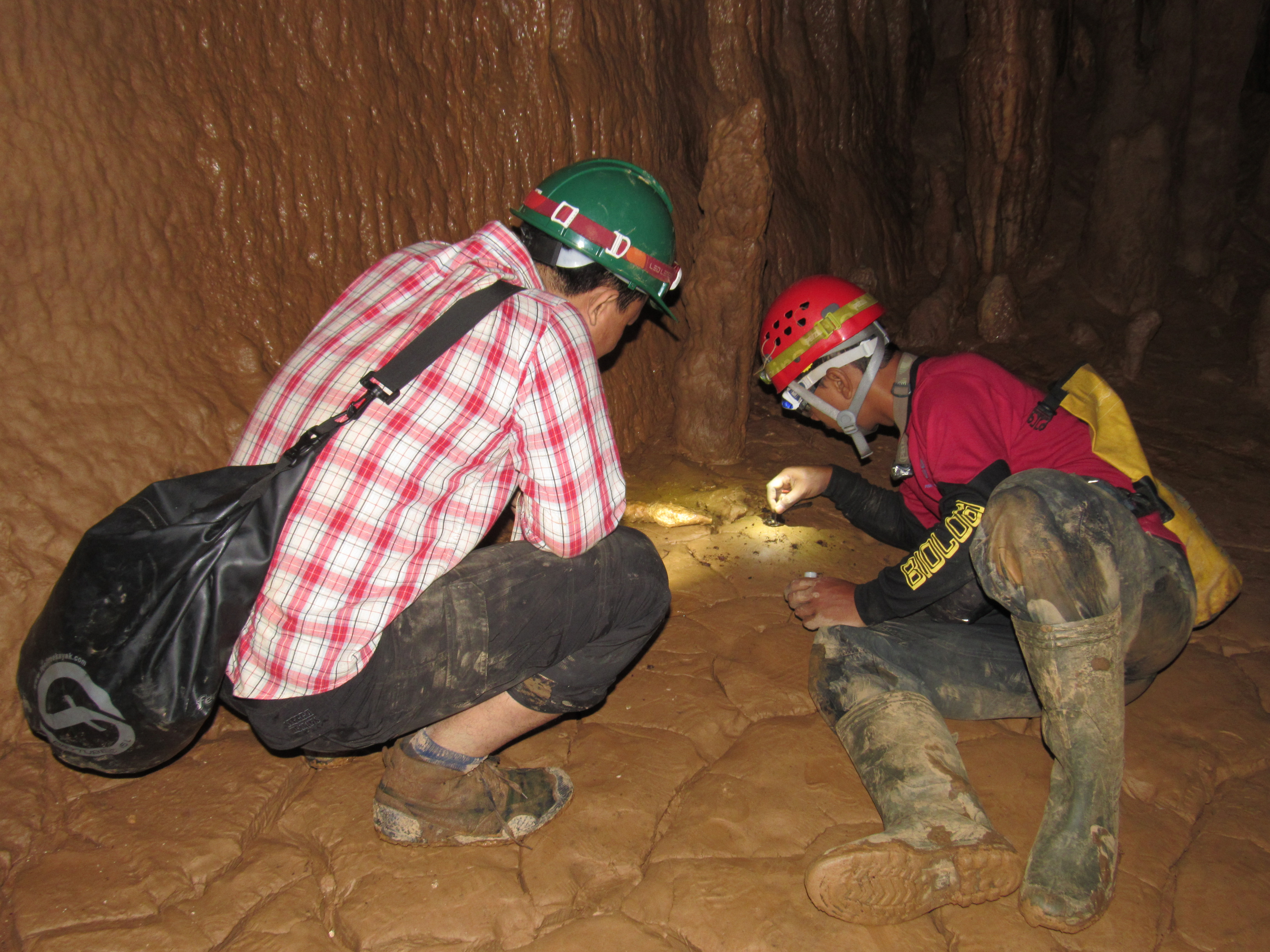 What is "mainstreaming biodiversity"?

And why is it so important to people, business and nature?

The term "mainstreaming biodiversity" comes up frequently in conservation strategies and projects as crucial for addressing the global biodiversity crisis, but many don't have a clear understanding of its meaning.

As part of our "Biodiversity Basics" series, we talk with conservationists to explore the meaning of term and how to put it into action.

What does "mainstreaming biodiversity" mean?

During commercial and infrastructure development – such as resorts, roads and dams - it is often the case that impacts on biodiversity are not taken into account early enough in the decision-making process in order to avoid or mitigate biodiversity loss. Priority tends to be given to other imperatives such as food security, transport or energy. The idea behind mainstreaming biodiversity is to put the value of nature into the mainstream of economic and political decision-making so it can be taken into account at an earlier stage of the development process, creating opportunities to have positive impacts, to do no harm or to avoid the worst impacts on biodiversity.

“On a global scale, we’re facing the risk of biodiversity collapse with nearly 70% loss in the last 50 years. This will create irreversible impacts on the economy and well-being of society,” said Trinh Le Nguyen of PanNature Vietnam, a CEPF grantee. “This enormous issue needs large-scale and comprehensive solutions, with participation of all stakeholders. Therefore, without biodiversity being mainstreamed in national, regional and global policy frameworks, we will not be able to halt and reverse the biodiversity crisis.”

"We need to learn to work with the business sector to get them involved and have their support in biodiversity conservation work, including making biodiversity an integral part of discussions on development policies. There needs to be more work on internalization of biodiversity-related costs and impacts on economic activities."Trinh Le Nguyen of PanNature Vietnam, a CEPF grantee

How did the idea of mainstreaming biodiversity come about?

In the late 1990s to early 2000s, people realized that a lot of effort was being expended contesting developments that had large environmental footprints. Since there were only so many cases that could be tackled at a time, these efforts were often unsuccessful, unconstructive and inefficient.

This eventually led to a change in approach, with conservationists incorporating biodiversity mainstreaming into wider global initiatives—particularly development finance—and the creation of a set of principles that banks and development finance institutions could adopt so as to not damage critical natural habitats.

“Using Key Biodiversity Areas (KBAs) as a tool to engage with government in different sectors—and sometimes with the private sector—has been effective,” said CEPF Managing Director Jack Tordoff. “These are the most sites for the persistence of global biodiversity, and are especially sensitive to development, whether that’s the mining sector in the Andes, or projects in the extractive sector in Indonesia, or projects in oil and gas in East Africa. If you’ve got the opportunity to choose the location of projects, try to avoid [these areas]. If you work within these areas, you need to take extra care.”

What lends extra credibility to KBAs as a tool for mainstreaming biodiversity is that it is a concept that is promoted by many organizations working in conservation.

“It’s easier when all the conservation organizations can align, and it also forms nice maps; either [a project] is in a KBA or it’s not, which makes it really easy for environmental consultants that are doing environmental impact assessments. You can see which planned investments are within or close to KBAs. That can be a really good tool,” said Tordoff. 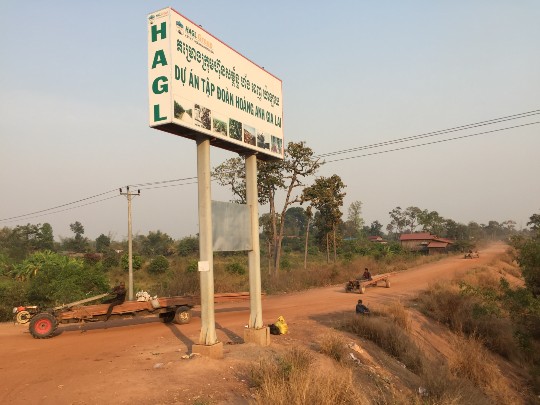 From 2016-2019, Centre for People and Nature Reconciliation (PanNature) worked with Oxfam Vietnam, the Vietnam Chamber of Commerce and Industry, the Vietnam Rubber Group (VRG), and the Vietnam Rubber Association (VRA) to promote strengthening environmental and social responsibility in investments outside of Vietnam in agribusiness in the Mekong subregion. One of the results was the publication of a set of voluntary guidelines on mitigating socio-environmental risks for Vietnamese investors, which has been adopted by VRG since 2019 for the group's sustainable development strategy. In 2019, PanNature and VRA successfully organized a training course on sustainable rubber value chain for rubber company members in Vietnam’s Central Highlands, as well as in Lao PDR and Cambodia. During the course, representatives of the Vietnam Forest Certification Office and the Forest Stewardship Council in Vietnam shared their knowledge and experiences. The guidelines have now been shared with BirdLife Cambodia and recently published in the Khmer language for adoption in Cambodia.

What are some of the challenges to effectively mainstreaming biodiversity?

Often, positive impacts on biodiversity are not a contributing factor to the key performance indicators for a development project, meaning there is no real motivation for these decision-makers to deliver positive results on biodiversity. These projects frequently are also under strict time constraints, making it difficult for conservation organizations to provide assessments on the biodiversity impact of a planned project within the necessary timeframe. A lot of decision-making is not transparent—it is not made public to avoid slowing the process down.

“In Vietnam and the Lower Mekong Region, the economy still relies heavily on the extraction of natural resources in different forms,” said Nguyen. “Consequently, loss of biodiversity is still happening at a large scale while the development policies still favor economic growth despite the motto of “sustainable development” mentioned in the governments’ agenda.”

“The societal perception of nature’s contribution to people is still as windfall benefits,” Nguyen continued. “In a country where the population will soon reach 100 million, this will put huge pressure on remaining natural ecosystems and wildlife. While there are many lessons to learn from schemes such as payment for ecosystem services and the carbon credit market, internalization of costs from use of or impacts on biodiversity is not yet in place. There need to be policies to create incentives for economic sectors to reduce their biodiversity footprints and contribute positively to the conservation of nature.”

To effectively mainstream biodiversity, the most important decision is choosing an area for development and including conservation of nature or biodiversity in the planning process.

"The public should be more informed about biodiversity as a crucial ecosystem service that we benefit from nature for sustaining life. Communication and raising awareness must be a central part of our interventions."Trinh Le Nguyen of PanNature Vietnam, a CEPF grantee

“People who make it their business to care about conservation should be engaging more constructively with planners, decision-makers and development donors to position biodiversity into the design of these projects and not come in at a very late point having to oppose things and enter into an oppositional relationship,” Tordoff said. “The costs to reduce the environmental impacts are quite high and sometimes the only realistic alternative is not to go ahead with the project, which creates a situation where development and conservation are two alternatives to choose between. So, the idea is to look for synergies—a win-win situation.”