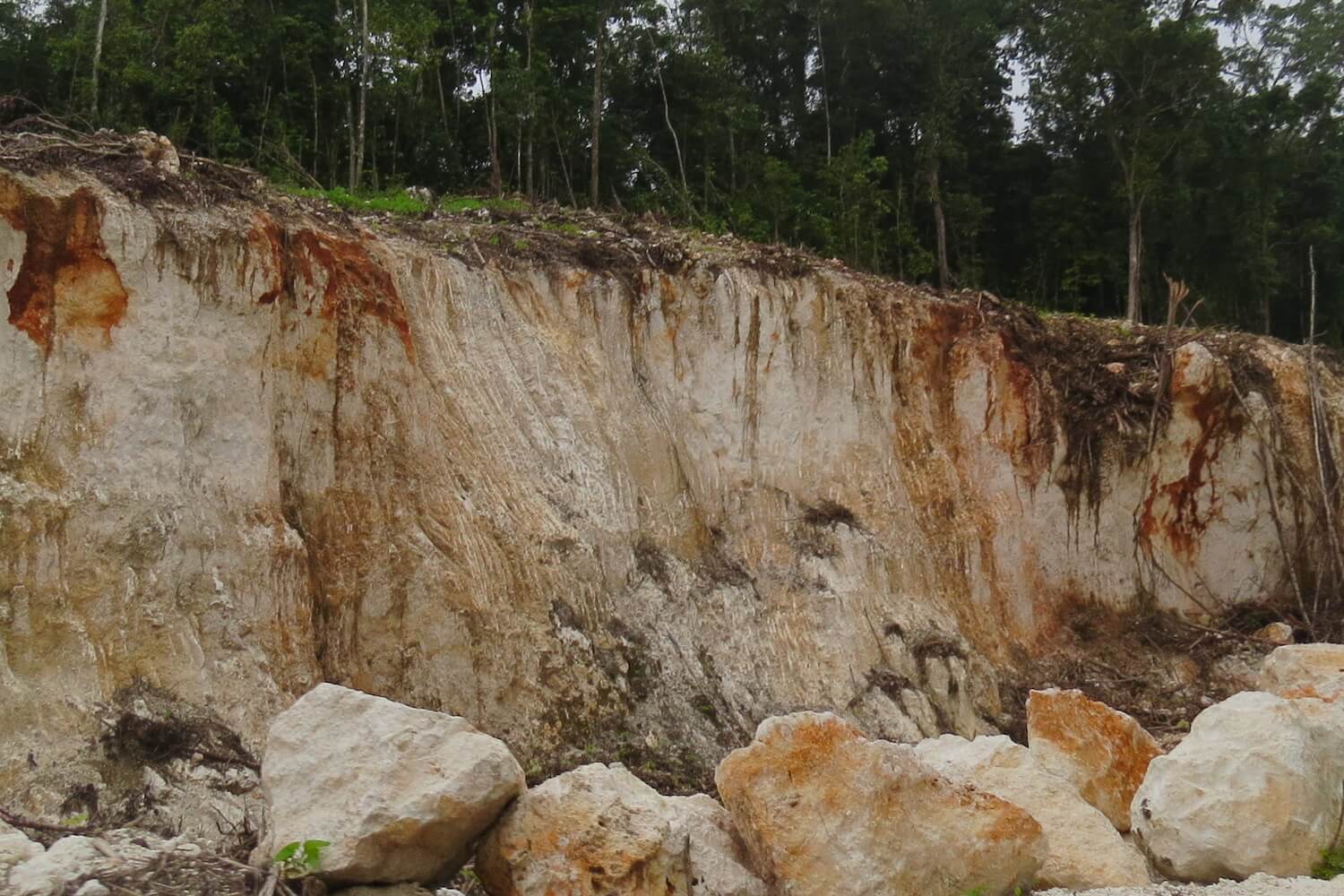 Since the independence period (1975-1980), a number of factors have led to an escalation in the scale and intensity of threats to biodiversity in the East Melanesian Islands Hotspot. They include:

Forest cover varies greatly across the hotspot, ranging from 40 to 90 percent of total land area in the high islands. The economic value of these forests to countries of the East Melanesian Islands is high.

Despite constitutionally recognized customary land ownership, the logging industry continues to wield tremendous influence over natural resources across the hotspot, often taking advantage of the limited capacity of local communities to defend their interests against outside entrepreneurs.

The lack of arable flat land for subsistence gardening and artisanal agriculture has forced farmers to cultivate upland and steep-slope areas, which are more prone to erosion and landslides.

Agriculture in the hotspot has expanded as human populations have grown and consumption patterns have changed. As cultivated land does not have a sufficient fallow period, soil fertility is lost and new land is cleared. This results in deterioration in soil fertility, habitat destruction and eventual loss of biodiversity.

Commercial agriculture within the hotspot includes oil palm, coconut, rubber, coffee and sugar plantations as well as livestock. The increase in demand for these has resulted in the clearing of the original vegetation from large tracts of land, resulting in loss of vegetation cover, loss of biodiversity and increased erosion.

Papua New Guinea is currently highly ranked in the world in terms of gold and copper production. Nickel, zinc, cobalt and chromite have also been discovered, with huge deposits of undeveloped mineral resources spread across the country, including the islands region. Oil and natural gas deposits are found here, too.

Poor environmental practices in Papua New Guinea’s mining industry have resulted in a number of environmental problems, including the discharge of heavy metals, cyanide and acids into rivers, streams and coastal waters. The impacts of mining are particular problems for freshwater ecosystems, triggering collapses in populations of fish and other aquatic biodiversity, and causing dieback of vegetation along rivers and streams.

In the Solomon Islands, extensive gold deposits have been confirmed for the Gold Ridge area of Guadalcanal, and gold prospecting has been conducted in several areas of Western Province.

The expansion of coastal settlements and tourism development is often accompanied by habitat loss, particularly of mangroves and other coastal vegetation. Along with logging and plantation establishment, these coastal developments increase the risk of siltation of surrounding reef systems. Siltation kills coral polyps and is capable of altering the community structure of reefs.

Pressures of population growth and enhanced material expectations have resulted in overharvesting of resources, both terrestrial and marine, by local people.

Mangrove removal for fuel production and coastal development is happening in many places in the hotspot at a rate faster than regeneration. Harvest of large amounts of natural resources is also common within the context of certain cultural practices or festivals, such as the collection of seabird eggs during yam festivals.

Island ecosystems are particularly vulnerable to the effects of invasive alien species. In the East Melanesian Islands, invasives are becoming increasingly widespread, especially pigs, feral house cats, rats and little red fire ants, which have reached plague levels on many of the islands.

Climate change is predicted to have significant impacts on marine, terrestrial and freshwater ecosystems in the hotspot.

In response to sea-level rise, mangroves may migrate landward and, where migration is not possible, mangrove species and ecosystem area will decline or be lost.

With the changes in precipitation and temperature patterns that are predicted to occur, forests will become more susceptible to invasive species and fire, resulting in broad ecosystem shifts, loss of ecosystem services and loss of habitat for certain species.

Coral reef ecosystems are expected to be highly threatened by the cumulative impacts of ocean acidification, rising sea temperature, sea-level rise and increased storm activity that are projected to be experienced in the near future.

Read more about these and other threats in our ecosystem profile (PDF - 3.9).