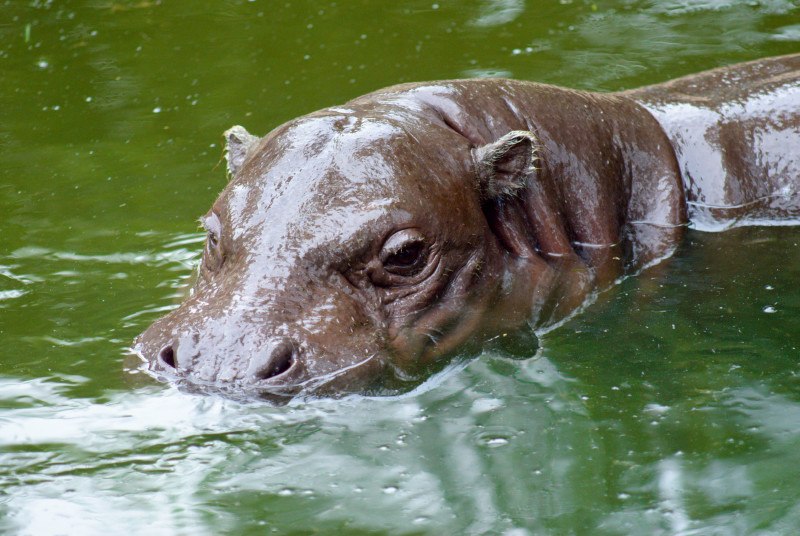 The Guinean Forests of West Africa Hotspot supports impressive levels of biodiversity, including numerous endemic species, making it a conservation priority at the global scale. The hotspot is ranked among the world’s foremost regions for mammalian diversity.

The Guinean Forests is estimated to contain more than 9,000 vascular plant species, of which around 20 percent are thought to be endemic. Within the hotspot, high levels of local endemism at the species level can be found: Nearly 2,500 plant species have been recorded on Mount Cameroon alone. Because of their relative isolation from the rest of the hotspot, the Gulf of Guinea Islands also support a highly endemic flora; approximately 185 species are endemic to these islands.

Throughout the hotspot, information on the status of butterflies is still quite limited, with only 141 species currently assessed on the IUCN Red List of Threatened Species. The Oban Division of Cross River National Park in Nigeria is thought to support more than 1,000 species of butterfly. Similarly, Gola Rainforest National Park is estimated to contain in excess of 600 species, or 80 percent of all 750 species currently known from Sierra Leone.

The Guinean Forests is among the world’s foremost hotspots for mammalian diversity. An estimated 390 terrestrial species are found in the hotspot, representing more than one-quarter of the roughly 1,100 total mammal species found on the continent of Africa. More than 60 mammals are endemic to the hotspot, and noteworthy endemic species include two of the rarest antelopes in the world: the Endangered Jentink’s duiker (Cephalophus jentinki) and Vulnerable zebra duiker (Cephalophus zebra). Other globally threatened species include the Endangered pygmy hippopotamus (Choeropsis liberiensis) and Vulnerable Liberian mongoose (Liberiictis kuhnii).

Among the primate species found in the hotspot, the striking Diana monkey (Cercopithecus diana), listed as Vulnerable on the IUCN Red List of Threatened Species, is thought to be an important indicator of forest health because of its dependence on high-canopy forests, while olive colobus (Procolobus verus) is the world’s smallest colobine monkey.

Forty-eight of the 917 birds recorded in the hotspot are threatened. Of the five Critically Endangered species, all appear to have highly restricted ranges within small remaining forest fragments. São Tomé grosbeak (Neospiza concolor) and São Tomé fiscal (Lanius newtoni) are both known from a very small area of primary forest on São Tomé, which currently remains unprotected.

The diversity of reptile species is poorly documented in western Africa, although it is suggested that more than 200 species are found in the region, of which a quarter are likely to be endemic. Eighteen of the 24 reptiles found on the islands of São Tomé, Príncipe and Annobón are endemic, and all three species of African crocodiles are found within the hotspot.

Amphibians are relatively poorly documented in the hotspot, but there are 269 recorded species and more are likely to be discovered. Of these species more than 80 are endemic, with particularly large numbers of endemics in the Cameroon Highlands. Almost one-third of the hotspot’s amphibian species are considered globally threatened.

The hotspot supports a remarkable diversity of freshwater fishes: 1,281 species, of which 35 percent are considered endemic. About one-quarter of the world’s 350 species of killifish are found here, around half of which are endemic.

The highest densities of freshwater fish species are located within the Niger Delta and the Atlantic river catchments of Sierra Leone and Liberia.