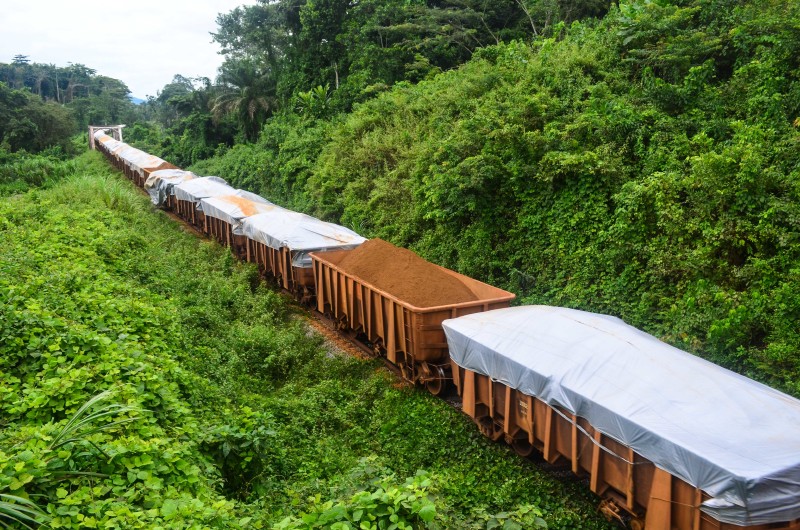 Many of the threats to biodiversity in the Guinean Forests are linked, either directly or indirectly, to a high incidence of poverty, political instability, unsustainable practices and/or civil conflict. They include:

Some terrestrial Key Biodiversity Areas are threatened by the demand for new agricultural land due to the expanding human population. Rural communities cultivate cash crops, such as cacao, which often fuels deforestation. Clearance of land for industrial tree crops, such as palm oil and rubber, is also threatening forests.

The high diversity of aquatic and wetland plants is threatened due to expanding agriculture through drainage and conversion into farmlands.

Hunting traditions are strong in the hotspot countries, and for rural communities, bushmeat consumption has historically represented a significant source of protein. The productivity of forest systems, in terms of their ability to support high densities of large mammals, is much lower than savanna systems in Africa. It is, therefore, fairly easy to over hunt and effectively remove large-bodied mammals from the forest systems of the hotspot.

In addition, international, unregulated trade in wildlife and wildlife products has posed a threat to plant and animal biodiversity in the past and continues to do so for certain species. Though the hotspot countries are all parties to the Convention on International Trade in Endangered Species of Wild Fauna and Flora (CITES), most need to strengthen their legal frameworks to be effective.

Threats to biodiversity posed by logging in the hotspot vary significantly among countries and according to the type of logging being undertaken.

Informal and illegal logging continues to threaten biodiversity here. Small-scale companies tend to operate illegally and are responsible for much forest fragmentation, for example, in Cameroon and Ghana. Many small-scale companies are well-positioned in local markets and use their ties with local administrations and national governments to avoid the costly charges that would be required under stringent law enforcement. Logging companies who practice reduced-impact logging are rare.

Artisanal and industrial fisheries in the hotspot are poorly regulated. Few catch data are recorded and most fishing takes place relatively close to shore. Near-shore trawling and methods such as blast fishing and poison are very damaging to species and habitats, as are use of beach and purse seines to target spawning areas and juveniles in coastal habitats.

Industrial fishing in the hotspot is highly globalized, with foreign and national fleets operating throughout the hotspot.

Poorly managed oil extraction in the hotspot has led to pollution and habitat destruction, with impacts on biodiversity as well as with socio-economic and political consequences.

In southern Nigeria, even without an active oil industry, oil contamination is widespread and severely affects many components of the environment, washing into creeks, stressing and killing vegetation when it reaches the root zone, and contaminating soils.

Oil has also been found in the Gulf of Guinea—around São Tomé, Príncipe and Bioko islands—and is having a huge impact on coastal and marine ecosystems off the coast of Ghana.

Throughout the hotspot, there exist high levels of dependence on fuelwood. Local community forest use, including for fuelwood and charcoal production, can be managed sustainably in areas where population density is low and forests are not degraded. Yet, across the hotspot, exploitation is increasingly being carried out for trade as well as for household consumption, and the cumulative impact of numerous small-scale producers can be very significant.

Many parts of the hotspot are rich in gold and other valuable minerals, and their exploitation (especially surface mining) can cause direct loss of forest and other habitats, particularly because geodiversity of minerals tends to occur in the same areas as biodiversity.

Climate change across the hotspot is not expected to have impacts on biodiversity as extreme as in other parts of Africa, but low-lying coastal areas are particularly vulnerable to sea level rise, with consequent threats to habitats and species.

Although the oil industry has been singled out as a major polluter in the hotspot, improper domestic and industrial waste disposal is also a significant threat.

Sedimentation, linked to erosion and run-off from deforested and agricultural lands, also threatens biodiversity in the hotspot. Deforestation for agricultural expansion leads to increased levels of runoff and greater sediment loads in rivers and lake systems, with subsequent impacts on freshwater species and habitats.

Read more about these and other threats in chapter eight of our ecosystem profile (PDF - 5.2 MB), also available in French (PDF - 5.4 MB).