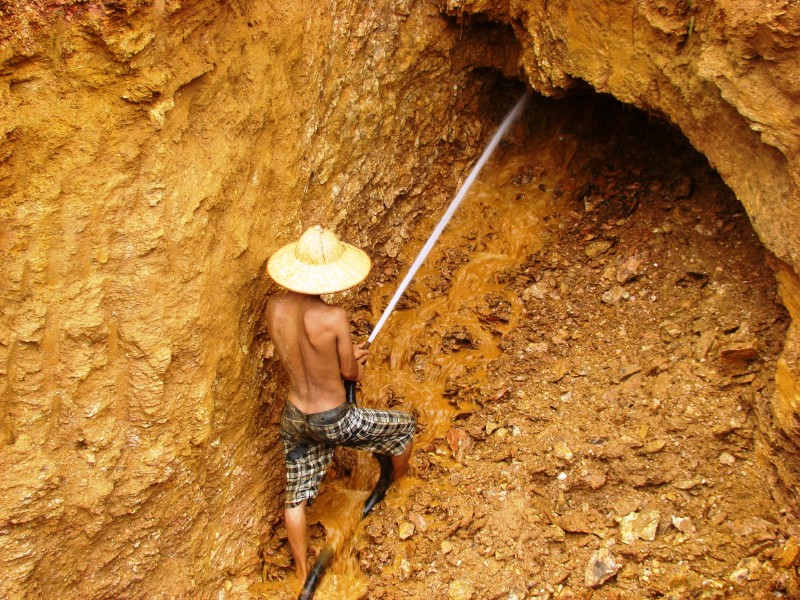 The combination of rapid economic development and an increasing human population is exerting enormous pressure on Indo-Burma's natural resources. Threats to many species, sites and even landscapes are immediate and severe. They include:

Hunting and trade of wildlife

The combination of widespread traditional uses; accelerating and poorly regulated trade; and growing consumer demand has devastated many species in the hotspot. Trade networks are pervasive, and financial incentives to hunt these species are often high for rural people, particularly where there are few alternative sources of income. Limited resources, manpower, capacity and motivation among enforcement agencies mean that hunting and trapping of animal species continues largely unabated.

While natural forests are now mostly confined to lands less suited to arable farming, they continue to be replaced by perennial cash crops, including eucalypts, rubber, pine, tea, coffee and oil palm. Besides the growth of market economies and investment from firms in China and Vietnam, the threat is driven by the increase of rural populations in some areas.

Throughout Indo-Burma, rural communities in upland areas have long practiced various forms of shifting cultivation, typically involving rotational systems of swidden fields and regenerating fallows. This can have negative effects on forest integrity and continuity.

While there are limits on the amount of new land suitable for arable farming, there will continue to be escalating demand for land to meet the food, fiber and fuel demands of the burgeoning human population, exacerbated by depletion of soil nutrients and fossil-fuel-derived fertilizers, and increasingly unpredictable climates.

Another major indirect impact of new roads is that they strengthen economic links between remote rural areas and urban centers, facilitating the expansion of wildlife trade networks and placing increased pressure on plant and animal populations.

The clearing of natural forests and other destructive forestry practices that blighted past decades have now generally diminished, as countries look to plantations and to forests beyond their borders for their timber and pulp needs. Nevertheless, selective logging has massively impacted the condition and composition of forests over many centuries, especially in the past century with improved technology and transport, and large-scale, destructive, illegal logging operations continue in parts of the hotspot today, notably Cambodia and Lao PDR.

Read more about these and other threats in chapter six of our ecosystem profile (PDF - 34 MB).