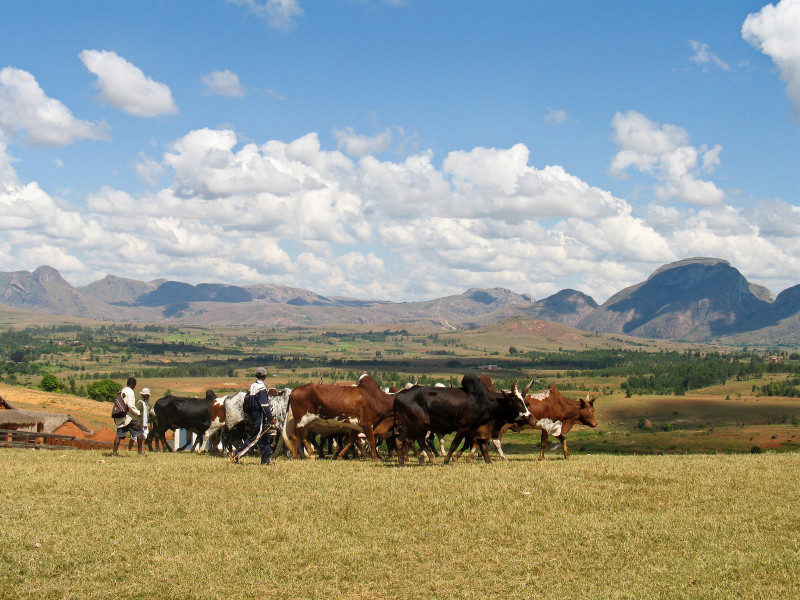 Human arrival has deeply disturbed ecosystems and biodiversity across the Madagascar and Indian Ocean Islands Hotspot for centuries. The symbol of species extinction, the dodo, lived here. The bird was eradicated only a few years after the first settlers arrived in Mauritius.

In the poorest countries—the Comoros and Madagascar—the main threats are the consequences of poverty and underdevelopment. Rural populations, which have been experiencing significant demographic growth and have no access to other economic activities, exert increasing pressure on natural ecosystems.

In Mauritius, the Seychelles and Réunion, the question of biodiversity conservation is posed differently due to the already advanced state of degradation. Ecosystems have lost their resilience and are particularly sensitive to the additional pressures caused by invasive species, climate change and other environmental modifications.

Deforestation and forest degradation are among the most significant threats to terrestrial ecosystems in Madagascar. The country's natural forest cover has already been reduced to about 12 percent.

The high biodiversity and micro-endemism in the hotspot means that the loss of even a small forest area can lead to extinctions.

The primary cause of deforestation is the traditional agricultural technique known as tavy in Madagsascar. In this practice, natural areas are converted to fields by the slash and burn method, are used to grow crops and then fallowed for 10 years. When the long cycles are respected, this practice can be efficient and productive for subsistence agriculture. However, population pressure has led farmers to shorten the cycles and use tavy on steep slopes, in higher altitudes. With low yields and severe soil degradation and erosion, vast areas are abandoned and quickly colonized by weeds and invasive species.

Hunting and consumption of bushmeat pose a threat to tenrecs, bats, turtles, amphibians, ducks and primates. Although the data are incomplete, it appears that bushmeat consumption has increased to meet protein needs and also for local trade. The Endangered golden-crowned sifaka (Propithecus tattersalli) could disappear because of this threat. Loss of this species and others would have a direct negative impact on tourism.

Trafficking of animal and plant species

One of the major threats comes from the collection of species for international trade. While all countries have ratified CITES, the enforcement is often ineffective, for a range of reasons. Even for species that can be legally traded, quotas are not always respected.

Like most island ecosystems in the world, biodiversity in the hotspot is particularly threatened by invasive species.

In Mauritius, endemic birds like pink pigeons are constantly at risk due to predation by feral cats, while rats destroy many of the seeds of certain native trees. The situation is similar in Seychelles, where several endemic and threatened birds, reptiles and invertebrates are confined to islands without the introduced rats, cats or tenrecs. In Madagascar, the rapid proliferation of exotic rats constitutes a major threat to the survival of small forest mammals, especially endemic rodents. Invasive plant species also pose a very significant threat to ecosystems.

The strongest impact of climate change in the region is undoubtedly coral bleaching. Some studies estimate that Indian Ocean corals may completely disappear within 20 to 50 years as a result of increasingly frequent bleaching events. Coral degradation, in turn, negatively impacts the marine ecosystem as a whole.

Read more about these and other threats in chapter nine of our ecosystem profile (PDF - 7.1 MB), also available in French (PDF - 7.5 MB).