The Mountains of Central Asia Biodiversity Hotspot consists of two of Asia's major mountain ranges, the Pamir and the Tien Shan. Politically, the hotspot’s 860,000 square kilometers include southern Kazakhstan, most of Kyrgyzstan and Tajikistan, eastern Uzbekistan, western China, northeastern Afghanistan, and a small part of Turkmenistan. The hotspot has many mountains above 6,500 meters in elevation, as well as major desert basins.

Central Asia has a long history as a crossroads between East and West. In the past, it was home to the great commercial and cultural centers of the Silk Road. For centuries, the region was a major contributor to the arts, sciences, medicine, and trade. With the mixing of agrarian, nomadic and industrial societies, it is a mosaic of cultures, languages, and political systems. Moreover, only 25 years ago, five of the hotspot countries were part of the Soviet Union, which has added a further layer of complexity and interest to the region. 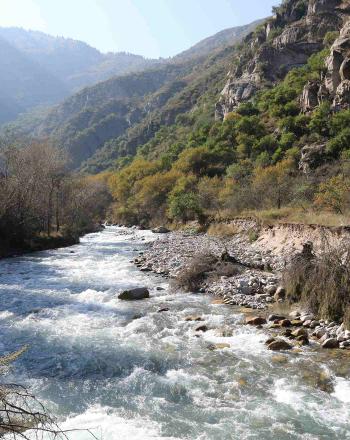