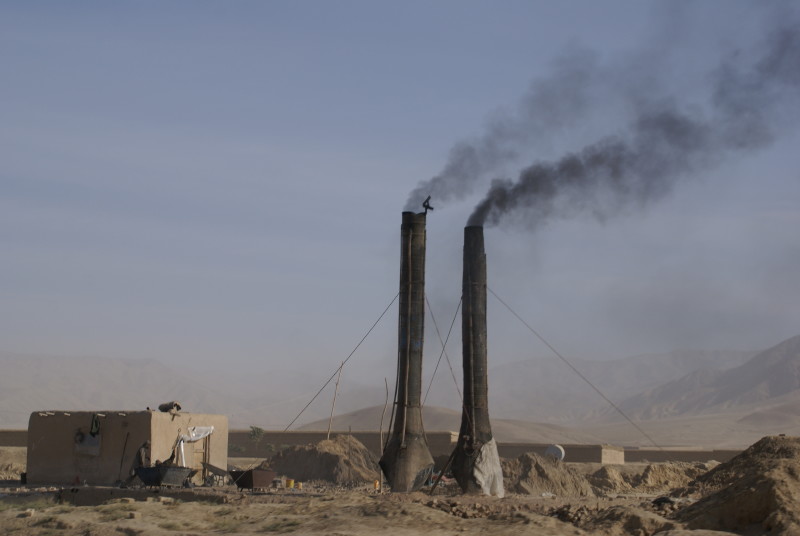 Humans have influenced terrestrial biodiversity over much of the Mountains of Central Asia Biodiversity Hotspot for a thousand years, particularly in terms of farmland, grazing land and predator control. However, as in the rest of the world, industrialization, political change, population grown, population movement and economic development have escalated threats to an extreme level.

Changes in land use, the modification of natural river flows and the withdrawal of water from rivers are the most common examples of habitat change. In this region, most lowland semi-deserts and foothills have long been converted to agricultural use, mainly for cultivation of cotton and cereals. Conversion of land for grazing is also historical in the lowlands and foothills in the winter and uplands in the summer.

This conversion has resulted in the loss of grasslands and semi-dessert grass-wormwood communities, with increased loss in soil fertility. Poor water management and irrigation practices have led to salinization of soils, and the overuse of fertilizers and pesticides has caused downstream pollution.

Threats from infrastructure, urbanization and the changes resulting from economic development are all serious. Construction of roadways—either for human transport, movement of freight or for connections to resource extraction sites—are all national priorities, particularly with China’s One Belt – One Road initiative. Much of this work is slated directly within or around Key Biodiversity Areas or important landscapes, promising destruction of breeding grounds or disruption of migratory movement.

Illegal hunting and poaching have reached an epidemic level in the hotspot, despite strict legislation on species protection. This applies particularly to high-value mountain ungulates (“trophy” species), falcons that are exported to the Middle East, and the Central Asian tortoise. This type of hunting is done for profit, with relatively large amounts of money to be made by people leading these illegal enterprises.

During the Soviet era, with greater state control, poaching was less of an issue. Today, with decentralization of government and limited national revenues, enforcement is rare.

Similar to excessive hunting, the unregulated collection of endemic plants for sale (e.g., various tulip species) and for household use (e.g., medicinal plants) is a threat for endemics.

In Xinjiang, serious overgrazing and pasture degradation began as early as the 1970s. In the former Soviet republics, with the fall of the Soviet Union, domestic livestock production initially declined, but as economies stabilized, the herding of sheep and goats increased sharply, especially in the foothills and lower slopes.

Degradation from overgrazing is apparent around settlements, but its impact is much wider. Overgrazing leads to soil erosion and reduces fresh grass yields and species compositions, leading to growth of less palatable or inedible grasses, and consequent extensification by herders.

Human-wildlife conflict is primarily a threat in Afganistan’s Wakhan Valley, where there is retaliatory killing, trapping, and poisoning of snow leopards by herders trying to protect livestock. In the other countries, the fines and criminal penalties for killing a snow leopard seem to serve as sufficient deterrent. However, for other predators, such as wolves, authorities encourage an even reward trapping and hunting.

Invasive and alien species (IAS) are a serious threat to freshwater ecosystems and fragile mountain landscapes. In the past, commercial fish species were introduced to Lake Issyk Kul in Kazakhstan and the broader Talas River Basin with immediate impacts on endemics. More typical than purposeful introduction, however, has been the spread of invasives due to habitat change. IAS plants have moved into overgrazed areas, parasitic plants have grown off of excessive fertilizers in freshwater systems, and various birds, like the Common myna, have displaced natives.

Pollution is of greatest threat in the most industrialized parts of the hotspot, or downstream from these. Xinjiang, with rapid economic growth, stands out for being at risk from industrial discharge, tailings, hazardous waste and uncontrolled dumping, although it is not alone. The main freshwater basins of Lake Issyk-Kul, the Ferghana Valley, and the Ili Basin also are at risk from persistent organic pollutants and toxic waste.

Read more about these and other threats in our ecosystem profile (PDF - 6.2 MB), also available in Russian (PDF - 7.6).