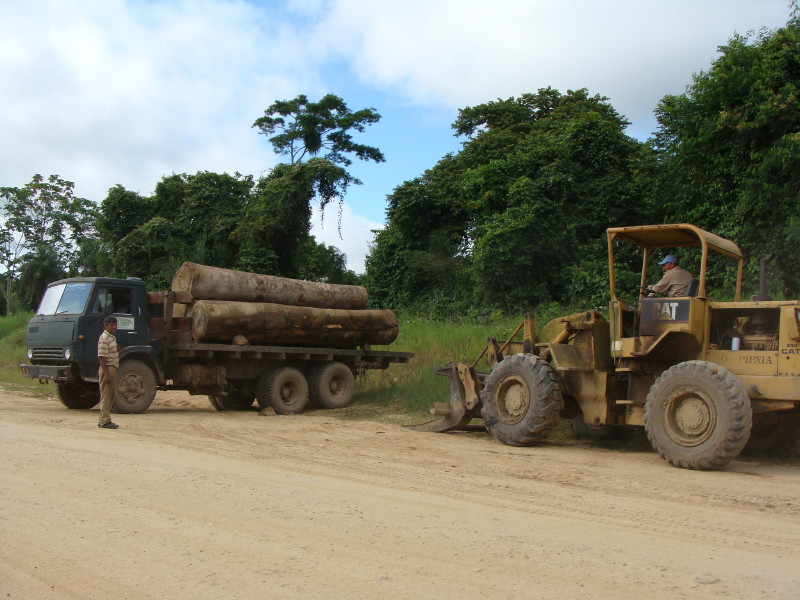 Caption:
Deforestation in Bolivia.
Credit:
© Conservation International/photo by Michele Zador
Human communities, including the great empire of the Incas, have lived in the Tropical Andes for thousands of years. Because the Inter-Andean valleys are the most hospitable to people, they are also the most degraded parts of the hotspot, with less than 10 percent of their original habitat remaining.

At the other end of the spectrum, some of the least degraded parts of the hotspot include isolated regions in Venezuela and Colombia, and the eastern slope of the Andes in Bolivia, Peru and parts of Ecuador. In Peru and Bolivia particularly, time still exists to establish reserves in areas of intact primary forests.

However, the effects of a large and growing population continue to threaten biodiversity throughout the Tropical Andes. Several cities with millions of inhabitants, including Santa Fe de Bogotá, Colombia; and Quito, Ecuador, are located within the hotspot and continue to expand as their populations grow.

Threats to the hotspot include:

Population pressure and migration are deforestation drivers caused by the increasing need for new and greater areas for agricultural production and an increasing demand for food, water and energy by large populations in distant urban centers as well as in Amazonian communities.

Large migrations to towns and cities are a result of shifting economic trends—employment and education opportunities, and housing and urban development—all leading to higher standards of living. Human concentrations in urban areas and associated infrastructure, while occupying smaller percentages of land area than dispersed rural populations, have much wider impacts on the environment as they require increasing amounts of water, energy and natural resources from surrounding landscapes.

At the national level, some hotspot countries have recently made significant investments in road and river infrastructure in the region—particularly Bolivia, Ecuador and Peru—including the paving and widening of existing roads or the creation of new ones.

Road improvement in the humid montane forests on the eastern slopes of these three countries are expected to experience the most severe impacts on species conservation due to the high levels of endemism associated with cloud forests in this region that previously had few points of human entry. If environmental conditions are severely altered by road projects, extinction of some species may occur, especially those with restricted populations.

Dams for hydroelectric production and irrigation

Due to rising energy demands and abundant untapped potential, the number of hydropower projects is rapidly increasing in the hotspot. This is especially true in the Andean-Amazonian countries, where regional governments are prioritizing new hydroelectric dams to satisfy energy needs. Installation of new hydroelectric projects requires new roads and flooding, both of which lead to deforestation.

Mining for copper, gold, silver and other minerals affects large areas of the hotspot. This extractive activity occurs both legally and illegally and has a huge impact on habitat loss, degradation and contamination of soils and water courses.

In many remote rural areas of the Tropical Andes Hotspot families still depend on firewood for cooking fuel, and its collection and use can have strong negative impacts on both the local environment due to overharvest of natural forests as well as human health due to smoke and carbon monoxide production, especially among women and children.

The growth of human populations has increased demand for some species and increased market prices for commercial species. Today, hunting for food is usually localized and not widespread in the hotspot, while hunting for illegal trade is much more common.

Read more about these and other threats in our ecosystem profile (PDF - 7.2 MB), also available in Spanish (PDF - 6.4 MB).