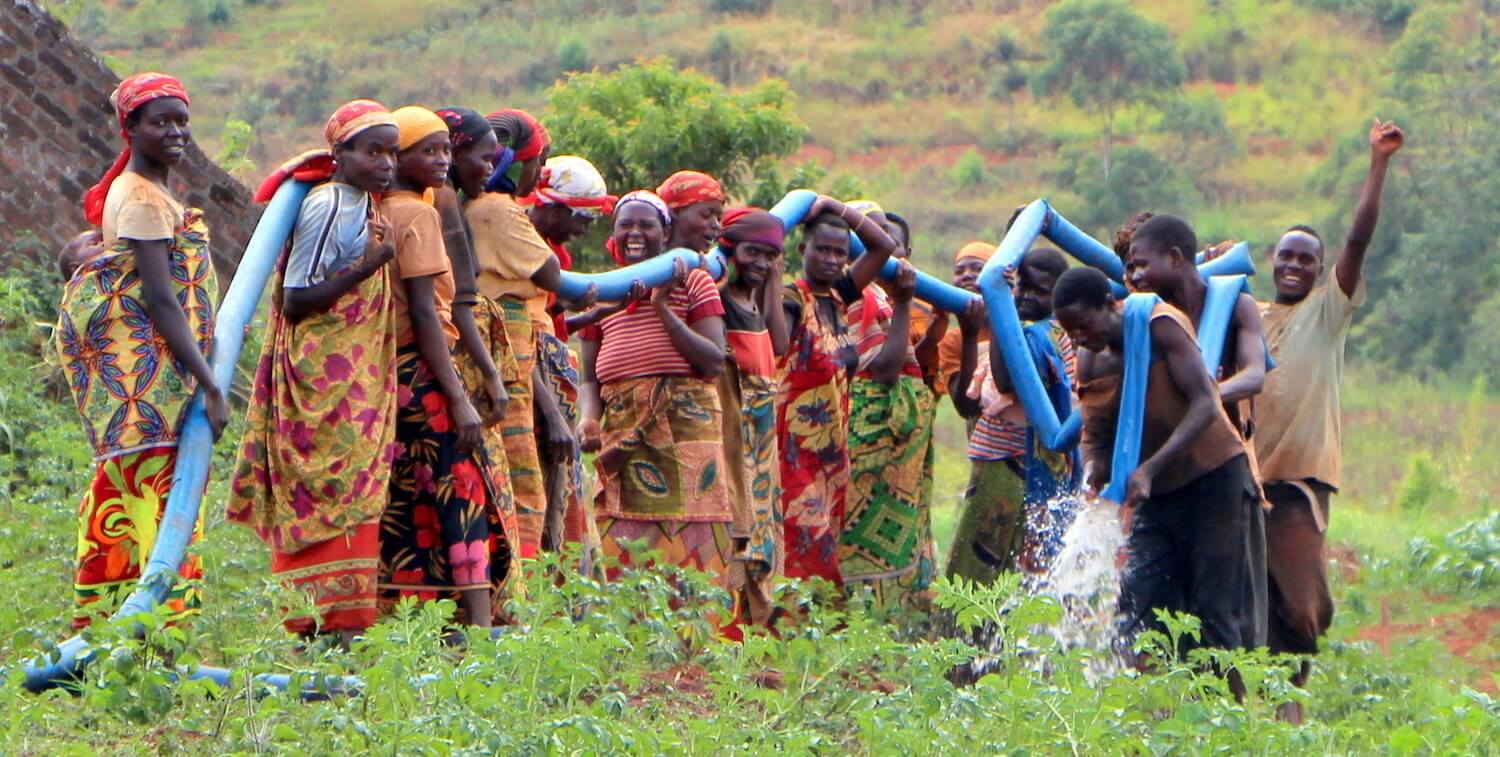 Farmers in Burundi celebrating a new irrigation system, which will help them adapt to climate change impacts in their community.
© Resilience Now/Claire Galvez-Wagler

Reflections from CEPF's 7-year investment in the region

CEPF’s investment in the Eastern Afromontane Biodiversity Hotspot will wrap up at the end of 2019. In seven years, 101 grantees will have completed 160 conservation projects across 13 countries. In the process, they have collected an astounding amount of knowledge about what works in conservation.

To capture that knowledge, the CEPF regional implementation team (RIT)—led by BirdLife International—invited a group of grantees to come together in Uganda to discuss what went well during their conservation projects and, perhaps even more importantly, what didn’t and why. Then they put their heads together to come up with solutions.

Whether you’re in Tanzania, Brazil, Vanuatu or another part of the planet, these lessons from CEPF grantees in East and Southern Africa can help you in your own conservation work.

The time to develop your project idea is, ideally, before the call for proposals is even released.

“Establish a database where, as an organization, all [environmental needs] are identified,” suggested Mary Waweru from Cranes Conservation Volunteers (CCV).

Then, when a donor releases an open call for proposals, your list can be used to find a project idea that will be a good fit.

“By doing this, the organization is able to meet its own needs, not just the donor’s requirements,” Waweru said.

Project design is the most important part in achieving a well-implemented project.Noah Mpunga

“Project design is the most important part in achieving a well-implemented project,” said Noah Mpunga from Wildlife Conservation Society.

If the person responsible for writing the proposal is different from the person who will manage the project, the latter should be involved in the process. So too should the field staff, finance staff, local partners and beneficiaries.

“They all need to be involved to make sure the proposed project will do the right thing at the right place,” said Maaike Manten, CEPF’s RIT leader for the Eastern Afromontane Hotspot. “This takes time, so start early.”

3. When it comes to your proposal, under-promise and over-achieve.

“Donors don’t want you to be overly ambitious. They don’t like to be disappointed in the end,” said Manten. “And so-called ‘no-cost extensions’ actually always cost time and money.”

Using sound science to inform your project strategy will not only help you achieve your conservation goals, but it will also give donors confidence in the approach that you’re taking and help convince governments and corporations what actions they should—or shouldn’t—take.

Scientific evidence could include fish catch data, the shape file boundary of a forest or a floral species inventory, to name a few examples.

5. Engage with your donor before, during and after your project.

When you are writing your proposal, find out as much as possible about what the donor is looking for. If you are permitted to contact the donor with questions before the proposal is due, take advantage of that opportunity.

During the project, consider the donor a project partner, keeping them in the loop. Submit high-quality reports by or before the deadline, and also share with them any articles about the project you’ve published, photos of field activities, or questions about decisions you need to make.

Then, after the grant has closed, stay in touch. Send them updates about what has happened with the project or your organization. Even if the donor has since left the region, you never know, they may return.

Take the time to train yourself, and your partners, on how to communicate about your project. Develop a strategy and stick to it. Consider target audiences, channels and messages, and connect your communication outputs with your fundraising needs. Remember to share your stories and photos with your donors, too! 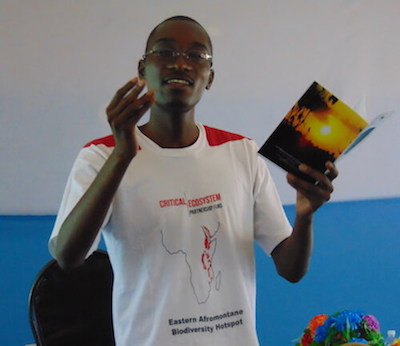 For a project to be successful, it’s important that the local community understands what you believe you will be able to provide for them—and what you can’t.

The Wildlife and Environmental Conservation Society of Zambia (WECSZ) thought they were on the same page as volunteers in Mafinga Hills who had agreed to raise seedlings in the new local tree nursery and then plant them in the forest. However, the organization found out that some of these volunteers expected to be paid for their work. WECSZ reiterated that learning to manage local resources was the benefit of volunteering and that volunteers wouldn’t be paid money. The two groups reached a compromise, with WECSZ providing gum boots that the volunteers requested to help them plant the trees.

In hindsight, WECSZ’s Gift Mwandila suggested that future grantees “develop a project with the help of the affected persons or beneficiaries and generate a written agreement of what the inputs and benefits will be for both of you.”

A project must have the support of local communities to be successful and to ensure conservation efforts continue after the project has ended. 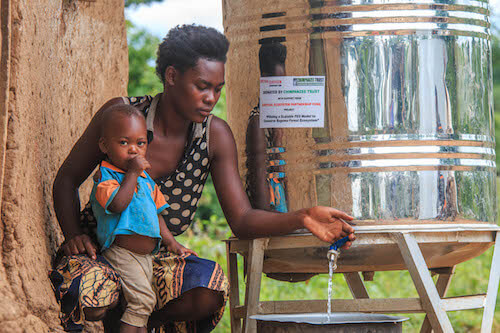 In Kenya, CCV initiated their project by inviting local stakeholders to an inception meeting where the organization explained why it was important to protect the cranes.

“This helped in creating a sense of ownership of the project among the community members,” CCV’s Waweru said.

As a result, the community took their role in protecting the cranes to heart—calling CCV when they sighted an ailing crane, active nest or incidence of poaching. CCV is also now invited to community meetings, providing a platform for them to reach even more people.

Another way to ensure community support is a bottom-up approach. In Tanzania, Wildlife Conservation Society (WCS) helped create a honey cooperative, but it wasn’t their idea.

“[It was the community who] proposed beekeeping,” said Mpunga from WCS. “They had an interest in doing this in their village.”

A conservation agreement can come in many forms but is, in essence, a “contract” between stakeholders, which could include communities, NGOs, chiefs, local government or park authorities. The agreement should outline responsibilities, benefits and binding compliance measures.

In Burundi, Association Burundaise pour la Protection de la Nature (ABN) facilitated a conservation agreement with the community and the government institution in charge of protecting the environment. Beehives were built within the forest that project participants then looked after. Unfortunately, the community didn’t alert ABN when chimpanzees were damaging the beehives. If ABN had known earlier, some of the beehives could have been relocated before they were destroyed.

When conservationists provide incentives to community members who then don’t follow through, it can be a real challenge.

For example, a poacher received chickens from CCV in exchange for discontinuing killing cranes. He took the livestock but continued poaching. CCV then gave him more chickens to increase his motivation, and a perverse cycle ensued. The organization is now working to implement the conservation agreement approach in the hope that it will be more effective.

There’s no singular solution to addressing these obstacles, but one strategy that grantees discussed during the workshop was cultivating role models within the community.

“People often want what others have, so show them by example,” Manten said.

“There are many competing agenda items at country level,” said Paul Gacheru from Nature Kenya. “Many times, biodiversity conservation is sidelined.”

To overcome this obstacle, Gacheru recommends natural capital valuation as a way to connect the health of ecosystems with the health of the country’s economy.

12. Make sure you’re on the same page as potential collaborators.

Almost everyone believes that collaboration is a good idea but that doesn’t mean it’s always easy. Effectively collaborating with other nonprofit organizations requires not only a willingness to work together but also aligned values and a similar approach. 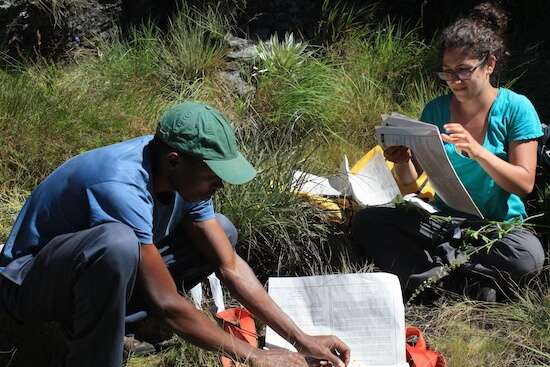 To have the best chance of success, negotiate clear roles for each stakeholder at the beginning. Put together either a binding contract or a non-binding memorandum of understanding that includes roles, responsibilities and how you will approach conflict resolution should it be needed.

“Have regular meetings to synchronize program activities and see where resources can be pooled and complemented,” added Gladys Kalema-Zikusoka from Conservation Through Public Health (CTPH) in Uganda. “And also participate in each other’s strategic planning processes.”

13. Give ownership of your research results to community members.

“Several grantees have had the experience of going to a village for the first time to do research and being told by the community, ‘There was someone here three years ago doing the same thing,’” said CEPF Grant Director Dan Rothberg. “Then when the conservationists asked what happened to the results, they were told that the researchers took the information away when they had finished.”

To prevent this from happening with your project research, put a person or group—either one that is within the community or is accessible to the community—in charge of maintaining accurate records. That way, community members don’t feel abandoned by the researchers, and subsequent researchers aren’t starting from scratch.

When CTPH first began working in Uganda’s Bwindi Impenetrable National Park, there were very few female rangers, and men in the area did not believe women had the courage to chase gorillas away.

With any issue concerning behavior change, we should not force [but] rather sensitize, convince and give it time for people to accept the change.Gladys Kalema-Zikusoka

“It was concluded that if women wore trousers, gorillas are more likely to fear them and respond to the chasing,” said CTPH’s Kalema-Zikusoka.

Today, the number of female rangers has greatly increased.

“With any issue concerning behavior change, we should not force [but] rather sensitize, convince and give it time for people to accept the change,” she added.

In Ethiopia’s Lake Tana, the migratory routes of fish are being blocked by dams and canals from all directions. “These are development activities which are very difficult, if not impossible, to stop,” said Abebe Getahun from Addis Ababa University.

Raising public awareness alone wouldn’t be enough to overcome the problem, Getahun said, so he and his colleagues devised a new way of breeding the fish in man-made facilities that emulated the water quality and temperatures that the fish were accustomed to.

“There must be innovative ways of approaching conservation supported by scientific experiments and evidence,” said Getahun. “Conservation cannot continue to be ‘business as usual.’”

Article developed using lessons compiled by Maaike Manten. Thank you to CEPF grantees in the Eastern Afromontane Hotspot for their valuable insights and for the important conservation work they achieved during the CEPF investment.