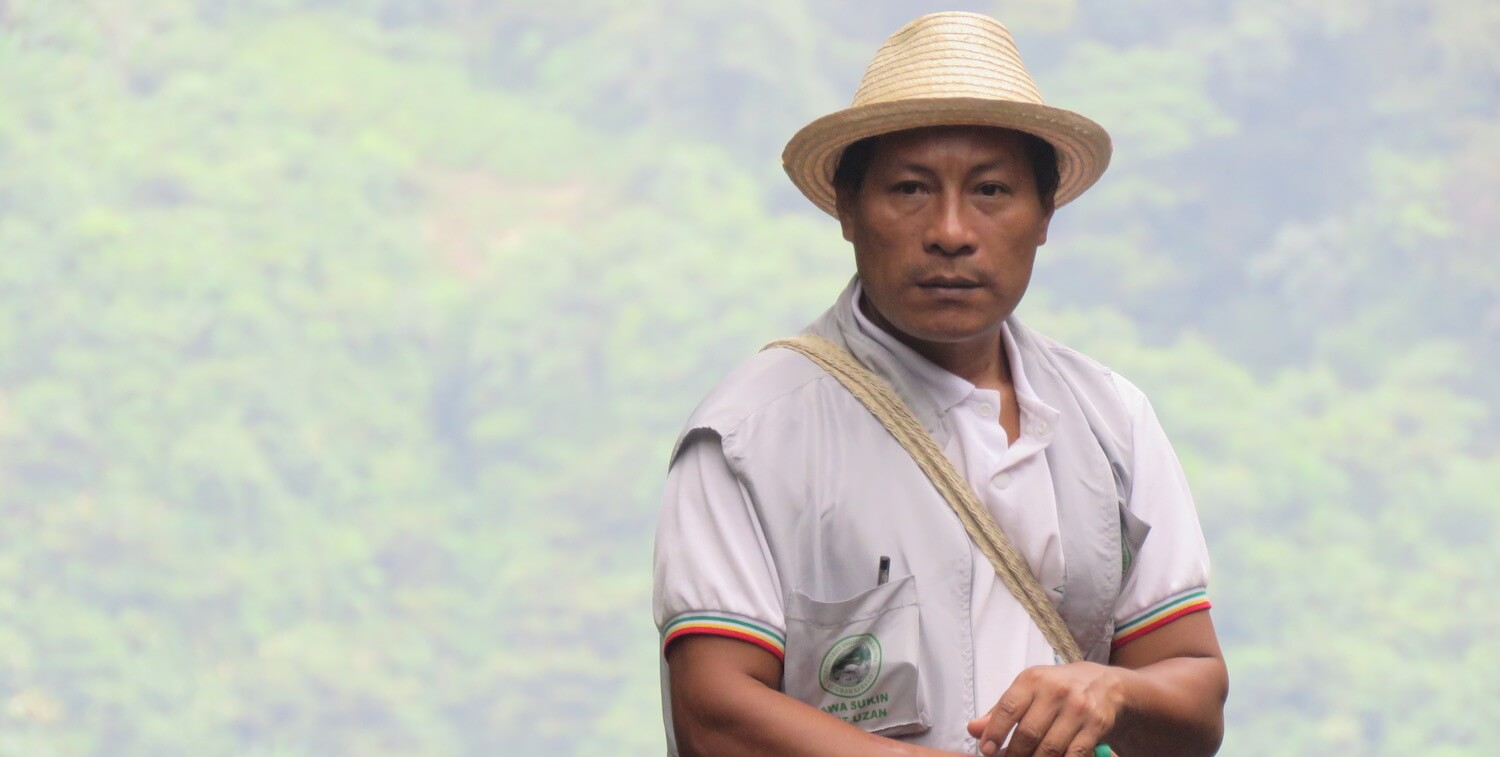 Twenty years ago, Olivio Bisbicus Pascal founded the Reserva Natural ɨnkal Awá La Nutria to protect his community's ancestral territory in Colombia's Andean forest. The Awá include four different groups, three of which have received funding from CEPF. Their collective territory straddles the boundary line of Ecuador, with members living on either side. The reserve serves as an important corridor for biodiversity: Within 369 hectares live at least 322 bird species, 300 orchid species and 36 frog species.

"Olivio is a long-standing advocate for conserving and protecting the territory of the Awá people. He is representative of the fight of indigenous people to defend their land and their biodiversity against incredible pressures."Michele Zador, Grant Director

Unfortunately, the corridor from Colombia into Ecuador is an important passageway for drug traffickers, too.

In fighting to preserve their natural resources, the Awá have come under severe threat—six Awá enviromental defenders were murdered in 2018 and 2019. Undeterred, Mr. Bisbicus Pascal continues in his role as an environmental leader in his community.

CEPF has helped the Awá strengthen their territorial governance, better identify the geographic areas of the reserve, and document the region's birds, reptiles, amphibians and trees.

CEPF: How did you get involved in conservation? Is it something you always wanted to do?
Olivio: I am ɨnkal Awá son of the forest. I grew up in the bosom of Mother Nature in a rich land, a territory with high potential for biodiversity in forests, rivers, gorges, birds and wild species. Since I was little, I began to walk and observe our territory. My whole life has been intertwined with it; my cultural practices are linked with it, including my mother tongue Awapit.

Animals have owners, they are spirits, they are invisible, and they are in the forest. All species have their owner and each one has its own form: natural and cultural. They make noises, signs and leave traces. We interpret these signs from our culture and ancestry. In this way, we understand that the forest is protected by them. If the communities stop conserving the spirits, they move away. For example, when there is deforestation—when the sacred sites are destroyed—they have to go. They feel affected by the destruction of nature and are in charge of punishing those who do not keep the ancestral norms, the mandates of nature. That is why our communities have long cared for the natural world.

Historically, the Awá people have been caretakers of nature, protectors of the territory. As children of the forest, we have that great responsibility.

CEPF: What is threatening the Awá people’s way of life?
Olivio: The social and armed conflict has affected our physical and cultural survival, as well as the exercise of self-government. Threats have been felt within the territory and its way of life, which has brought changes in our internal dynamics. Phenomena such as acculturation, the presence of armed actors and coca crops have affected the harmony and balance of nature. 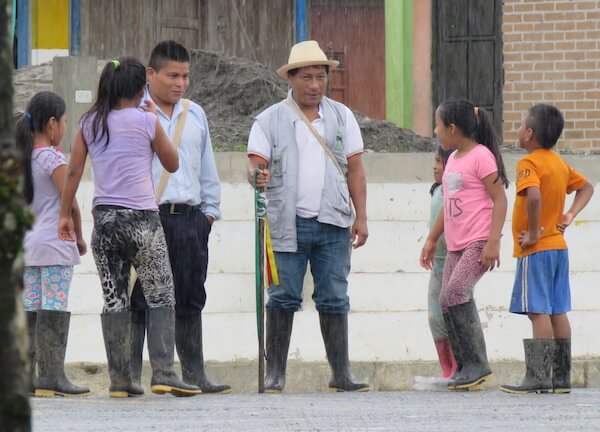 Credit:
Olivio emphasizes the role of education in protecting both the environment and culture. © Luis Fernando Gómez N./WWF Colombia

CEPF: How have you seen local ecosystems and biodiversity change in your life?
Olivio: Water sources have been contaminated by hydrocarbons, trees have been cut down for coca planting, glyphosate has been used for fumigation. We have threatened species, and the ecosystems of the Awá territory have deteriorated.

However, it is important to highlight that we still have ecosystems in good condition. The territory has high biological and cultural diversity. We have initiatives, hopes of life, hopes of having a better forest cared for by the community.

CEPF: What does the future hold for you?
Olivio: We dream that our territory is respected—that it has greater attention from local, departmental, national and international government institutions. That it be environmentally sustainable, contributing to the improvement of the living conditions of the Awá communities and that environmental governance be led by the territory’s ancestral environmental authorities.

CEPF-Funded Projects to Assist the Awá