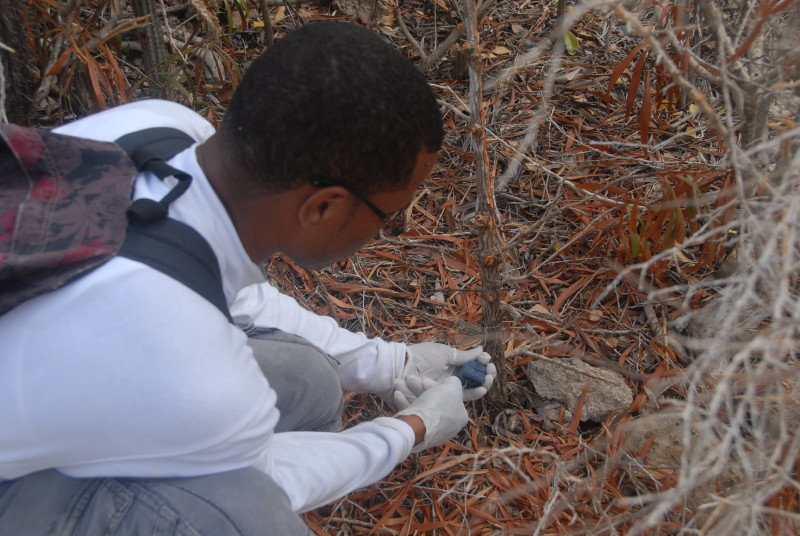 The biodiversity of the Caribbean Biodiversity Hotspot is both unique and vulnerable. Like that of most other island systems, the relative isolation of the islands has given rise to many endemic forms and to biodiversity that is characterized by small populations, a narrow genetic base, reduced competitive abilities, limited dispersal opportunities and restricted distributions. As a result, the native biodiversity of the Caribbean Islands Hotspot has limited capacity to buffer natural and man-made threats.

Unsustainable use of limited, and often dwindling, biological resources is the primary threat to biodiversity across the Caribbean Islands Hotspot.

The main activities that fall into this category include timber extraction; over-collection of wood for fuel (especially charcoal); collection of plants for horticulture; unsustainable hunting and egg collection for food or sport; and trapping of animals for the pet and aquarium trades.

The list of species suffering from unsustainable resource use is almost certainly conservative as quantitative data on many of these activities are scarce. This is in part because exploitation is often illegal and, thus, hidden, and in part because there is inadequate monitoring due to lack of resources within the relevant environmental agencies.

Agricultural and Aquaculture Expansion and Intensification

Large-scale clearance of land for agriculture, principally sugarcane plantations at lower elevations, started in the 16th century, shortly after European colonization began, and increased through the 18th and 19th centuries, leading to widespread deforestation throughout the region (the timber was used for both construction and fuel for the sugar factories). This led to destabilizing erosion, loss of some permanent streams and declines in land fertility.

Some of the smaller islands lost virtually all their native forest at that time or were completely altered by agricultural development.

The later rise of new agricultural export markets led to further periods of intense deforestation, such as during and after the banana boom of the 1970s and 1980s in the Windward Islands.

Recent threats to montane forest from agriculture come from extension of cocoa, coffee and tobacco plantations. The abandonment of sugar (and other major crops, such as cotton, on some islands) due to changed economic conditions or a reduction in soil fertility often resulted in transformation to pasture and a large increase of livestock production, especially cattle.

Overgrazing has significantly altered the vegetation of many forest areas, leading to degraded scrub vegetation, and continues to be a threat to native vegetation.

Most of the Caribbean’s forests have been lost to agricultural development. Today, less than 10% of the original vegetation remains in a pristine state in the hotspot.

Invasive and Other Problematic Species, Genes and Infectious Diseases

The most damaging invasive alien species on islands are typically terrestrial vertebrates, such as goats, feral cats, pigs and rats. These species are responsible for more than half of all animal extinctions on islands globally.

Like other islands, Caribbean habitats are vulnerable to impacts of invasive species because of the generally small populations of indigenous species, the evolutionary effects of isolation, and the release of introduced species from natural enemies.

The spread of invasive alien species is facilitated in the Caribbean by the region’s dependence on imports, its high degree of exposure to extreme weather events, and the multiplicity of pathways that alien species may use to reach the islands.

Invasive alien species introduction and disturbance are ongoing phenomena in the hotspot, with countries grappling with new and emerging threats. For example, the invasive seagrass species Halophila stipulacea has spread rapidly throughout the eastern Caribbean since 2002 and is a potential threat to the functioning of local seagrass ecosystems. Now found as far north as the U.S. Virgin Islands and Puerto Rico, the implications of this invasive alien species on marine conservation appear grave and are currently under study.

The considerable growth of the populations and economies of most Caribbean countries in the last 50 years has been accompanied by extensive urban industrial and commercial developments and associated infrastructure, which has occurred without proper planning. This has led to the destruction and degradation of huge areas of natural habitat, transforming the landscape and character of many Caribbean islands.

Of greatest concern has been the enormous, uncontrolled growth of tourism in the Caribbean region, with the widespread construction of hotels, marinas and associated developments, especially along coasts with white-sand beaches and coral reefs offshore, often resulting in beach erosion and other profound impacts.

Development has often meant the complete removal of natural vegetation along the shore, planting of ornamental trees, shrubs and grass for lawns and golf courses, filling in of mangrove areas for marina developments and mosquito control, and construction of new roads to give access to coastal areas that previously could only be reached on foot or by sea.