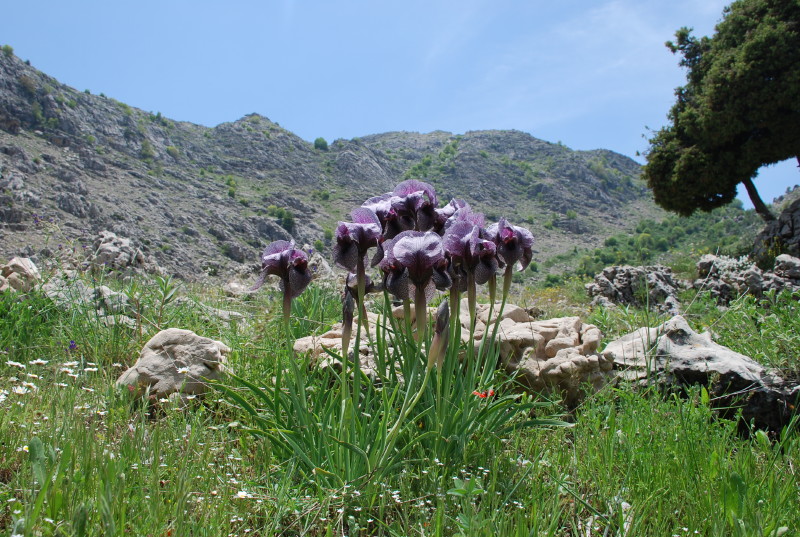 Although much of the Mediterranean Basin Biodiversity Hotspot was once covered in evergreen oak, deciduous and conifer forests, 8,000 years of human settlement and habitat modification have distinctly altered the characteristic vegetation.

The Mediterranean Basin is the third richest hotspot in the world in terms of its plant biodiversity (25,000 species), and one of the most important areas on Earth for endemic plants.

Species richness is particularly high on "edaphic islands," which result from peculiar and/or hostile soil or rock types; "topographical islands," which are surrounded by extremely steep slopes or located on the top of mountain ranges; and on true islands.

Despite widespread acknowledgment of the region's global importance for plants, precise data on the distribution and conservation status of plants and habitats within many Mediterranean countries are frequently insufficient, out of date or absent.

There are almost 300 species of mammals in the hotspot, 38 of which are terrestrial endemics, with rodents and shrews being the most numerous. The majority of mammal species are small mammals. The Muridae is the largest family, comprising 51 species of rats, gerbils, birds and mice.

The birds of the hotspot consist of 534 species, 63 of which are endemic. Three main groups of species can be identified: a group of species of northern, boreal origin, which are characteristic of forests, freshwater marshes and rivers over the western Eurasian part; a group of steppe species in the margins of the current Mediterranean area; and a group of species found at shrubland habitats such as the partridges and warblers.

Exceptional numbers of endemic reptiles are found in the Mediterranean Basin. There are about 299 species of terrestrial reptiles, including five freshwater species and four marine species, of which almost 40 percent are endemic.

The reptile fauna of the Mediterranean Basin includes snakes, lizards, tortoises and tropical relicts, including two species of chameleon. In the Macaronesic Islands, 90 percent of reptile species are found nowhere else.

Though species richness is relatively low (109 species), endemism is relatively high, with almost 50 percent (54 species) of all species endemic to the hotspot. Most amphibians endemic to the Mediterranean, such as the olm (genus Proteus), belong to archaic lineages that have remained relatively unchanged since their origins.

With 26 freshwater ecoregions, each with its own particularities, the Mediterranean Basin harbors high numbers of freshwater species and high levels of endemism, particularly in the Balkans and Turkey.

It is estimated that around 7 percent of the world’s marine fish species occur in the Mediterranean Sea, with a wide range of both temperate and tropical species.

Invertebrates in the Mediterranean are highly diverse but little known in spite of new species being described every year. For insects alone, the number of species in the hotspot is estimated at 150,000 species.

Read more about the hotspot's species in chapter four of our ecosystem profile (PDF - 31 MB).